Despite setbacks being suffered on upcoming DC Extended Universe movies like The Flash and Aquaman, Ben Affleck’s The Batman is proceeding along pretty smoothly in production. Unsurprisingly, particularly given the positive reception to Affleck’s performance as The Dark Knight in this year’s heavily contested Batman v Superman: Dawn of Justice, Warner Bros. is reportedly very keen to get The Batman on their DC Extended Universe release calendar as soon as possible. 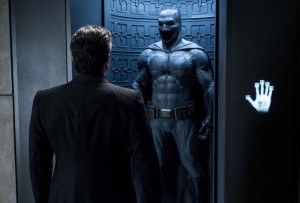 On that note, The Hollywood Reporter has claimed today that Warner Bros. has finally indefinitely delayed the untitled sequel to next year’s Justice League movie, which was still languishing on its June 14th, 2019 release date, despite no longer being a direct continuation in a previously two-part story. Their plan, according to THR, is to instead fill that release date with The Batman. Warner Bros. and DC Entertainment have not yet verified if this report is true, though with Aquaman still stubbornly remaining in 2018 even after a delay, and The Flash still targeting a release that year, it would make sense, particularly since this gives Affleck some time after Justice League before donning the cape and cowl again. Should this report be accurate, The Batman will be sharing 2019 with Shazam, which is scheduled for April 5th, 2019, and an unknown DC Extended Universe movie that is scheduled for November 1st, 2019.

Affleck will co-write, produce and direct The Batman on top of starring as the title character, with Jeremy Irons returning as Alfred Pennyworth, J.K. Simmons returning as Commissioner James Gordon, and Joe Manganiello portraying lead villain, Slade Wilson/Deathstroke. All of these actors are also set to provide at least a cameo in Justice League, with Affleck in a starring role in this movie as well, which will release on November 17th, 2017.

Keep swooping to Eggplante for all major news and updates on The Batman, and other DC Extended Universe projects.