The Big Bang Theory is back bright and early for 2017 this week, with its midseason premiere, “The Holiday Summation.” Since the birth of Halley Wolowitz meant that the show didn’t really have a proper Christmas episode this season, there was something of a creative Christmas callback idea here, as the three couples recall how they spent their separate Holiday seasons, right down to three distinct batches of misery.

It’s a very creative idea, but sadly, the show doesn’t totally go all the way with it, resulting in a fairly lukewarm start for The Big Bang Theory’s 2017 run. None of the conflicts really feel that large in scale in the end, and all of them have very hasty, somewhat unsatisfying resolutions. Hurting this further is the fact that much of the episode relies on tired canned sitcom humour, rather than leaning into the unique identities of most of the Big Bang Theory personalities.

This is most apparent during the Wolowitz flashback, which is, frustratingly, the weakest of the three. This one unfolds last, and involves exactly what you think it does; Howard’s and Bernadette’s new baby is exhausting them and making them miserable. Sure, it’s believable, but this is one of several running jokes that have been done to death in hundreds of other sitcoms. Even Stuart being the awkward friend that calms the baby when Bernadette fails to, and Bernadette taking this really personally, is completely predictable and uninspired.

The show tries to distract from the lack of novelty in the Wolowitz flashback with a somewhat cute moment of Bernadette sleeping in the crib at the end, but it would have meant more if the rest of this subplot had been better and funnier. The joke of Stuart’s voice putting people to sleep is kind of funny, but it’s also demonstrably false, since that’s never happened with this show’s leads over ten years. That makes the subsequent prank moment where everyone pretends to fall asleep as Stuart tries to recount his own holidays feel a bit contrived and unbelievable. 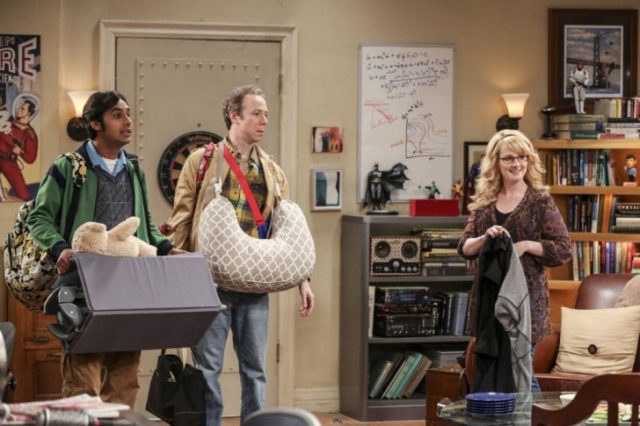 Fortunately, even if the other subplots didn’t really flesh out their conflicts enough, they were at least a bit funnier. Jim Parsons is yet again carrying the bulk of this show within the Sheldon/Amy subplot, as Sheldon and Amy go to Texas, and struggle with having to tell Sheldon’s mother that they’re living together. Sheldon’s mother takes the news surprisingly well, though Sheldon is offended to hear that his mother assumed he would always be alone, and later offended again when he learns that Amy told his mother earlier without him, to soften the blow. This is a potentially interesting idea, but the resulting argument between Sheldon and Amy is already defeated when Amy points out that Sheldon’s mother was obviously wrong. Even then though, Amy pretends that it was an awful trip, with no clear evidence to that effect, simply for the sake of fooling the audience into thinking Sheldon’s mother took the news really badly. Even factoring in Sheldon being mad at Amy about telling his mother about them living together without him, I could understand Sheldon thinking that the trip was terrible, but is Amy seriously going to pretend that the whole trip is a bust because Sheldon is being his usual self? By this point, she really should expect this behaviour.

The Leonard/Penny subplot was probably the funniest, even if it also didn’t present a conflict that truly went anywhere. The two decide to chop down their own Christmas tree, which naturally goes awry, and this later leads into an unseen fight about Penny watching Luke Cage on Netflix ahead of Leonard, which the show really shouldn’t have left off-screen, considering the apparent magnitude of this argument. At the very least, Leonard and Penny trying and failing to tend to a live Christmas tree that they chopped down managed to mix up the comedy, and the gag at the end where they hear a squirrel in the tree, then Leonard says aloud that he hopes it kills them both, ended up being one of this episode’s highlight jokes. 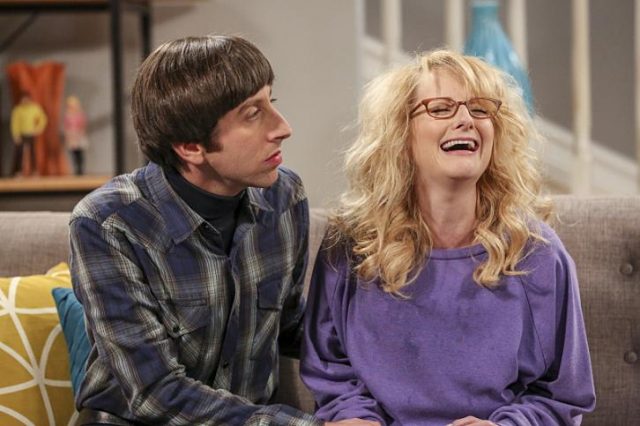 If you were hoping that The Big Bang Theory would hit a refreshing second wind for its struggling tenth season with the start of 2017, that doesn’t seem to have happened here. “The Holiday Summation” is fine, but it’s very unmemorable, and somewhat feels like a waste of its concept. The episode isn’t devoid of humour at least, even if it starts running out of steam by the time the Wolowitz flashback rolls around, but this show is still feeling like it’s run out of ideas with the turn of the year, and is still unfolding like any old vanilla CBS sitcom by this point, rather than The Big Bang Theory’s better and far more novel earlier years. With the show taking another week off before it returns again on the 19th, hopefully that extra week of charging time leads to a better follow-up offering for the new year.

The Big Bang Theory 10.12: "The Holiday Summation" Review
The Big Bang Theory returns early with a fairly middling midseason premiere this week, which recounts what each couple did over the holidays.
THE GOOD STUFF
THE NOT-SO-GOOD STUFF
2017-01-06
73%Overall Score
Reader Rating: (1 Vote)
68%