NOTE: Full spoilers for this episode of, “Sherlock” are present in this review

After last week’s very problematic season premiere, “The Six Thatchers”, Sherlock mercifully saw some welcome improvements in Series Four’s second episode, “The Lying Detective” this week. The show is still trailing its initial excellent standard, mind you, since this episode still suffers from an underwhelming mystery and an absurd sense of overly convoluted melodrama, but with the death of Mary at the end of last week’s episode, the series does seem to finally be on the path to repairing the classic Sherlock/John relationship that this show started out with.

With John severing ties with Sherlock, and Sherlock blaming himself for Mary’s death in the previous episode, Sherlock has relapsed heavily into drugs, and Mrs. Hudson is becoming very concerned. John, meanwhile, has started to see a new therapist, but despite his attempts to escape the legacy of Sherlock Holmes, trouble will inevitably find him again, namely when Mrs. Hudson speeds up to the therapist’s residence in an Aston Martin, with a, “High off his tits” Sherlock in the trunk! 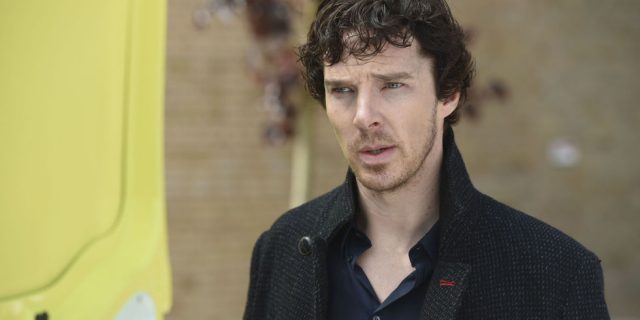 Before we get to that point though, we get to stumble through the drug-addled psychology of Sherlock, which works to mixed effect. Some of the trippy imagery, along with a surreal nighttime walk with the daughter of a man Sherlock is trying to expose as a serial murderer, works pretty well, though a lot of the confused and frenetic direction becomes overwhelming after a while. This ambiguity around Sherlock’s mental state is also pretty quickly undermined by the fact that Sherlock has become pretty much clairvoyant in this episode, knowing what John, Molly and other characters will do even weeks in advance, which makes Sherlock’s whole drug problem ultimately feel pretty pointless for most of the episode. Clearly, Sherlock’s mental faculties are as great as ever.

This is also the main reason why the latest mystery of the episode doesn’t work that well in the end either. The initial idea is interesting, whereupon a beloved television personality, Culverton Smith, played by Toby Jones of Captain America movie fame, tells several of his peers, including his daughter, that he will kill someone, only to erase their memories mere moments later. The daughter manages to scrawl down enough information to bring to Sherlock, but naturally, when Sherlock makes a big scene of declaring Smith to be a serial killer, no one believes him. Smith even takes the opportunity to show Sherlock how lovable and seemingly benign he actually is, with an unmistakable undertone of wanting to humiliate the drugged-up Sherlock, and even John, at the same time.

Again, the initial idea is interesting, especially when the show toys with the idea of not being able to trust Sherlock in this episode. The problem comes in with Jones being forced to portray an over-the-top sociopath that is so obviously guilty though. There’s never any question that Sherlock is right and Smith is a killer, especially when Jones is constantly grimacing and hamming up his performance, and Sherlock is still intelligent to the point of being pretty much psychic. There’s never any true doubt that Sherlock is correct about Smith, so an initially promising mystery quickly deflates into another batch of convoluted melodrama, more concerned with poking at emotions than truly building an atmosphere.

The other major issue with this episode is that Mary’s big plan for ‘saving’ John from his grief, which was hinted at when Sherlock popped in that mystery DVD of Mary’s during the previous episode, is truly absurd, and needlessly complicated. Rather than focus on talking, airing grievances and building bridges again like sensible people, Sherlock is told, and I’m not kidding, to, “Pick a fight with a bad guy”, and let John save him. Apparently, animal instinct will guide John to Sherlock at all times, because reasons. Yeah, when you say that idea out loud, it kind of sounds ludicrous, doesn’t it? The worst part is, if Mary was wrong, and there was a considerable probability that she would be, then Sherlock might have well been killed, and would likely have died for nothing. That would have truly left John with no one, and would have emotionally broken him all over again. How the hell was this a good idea?! 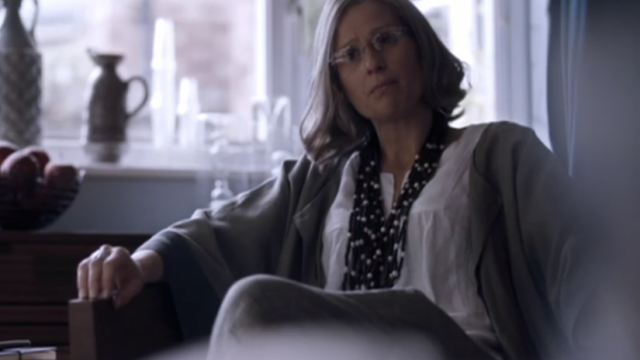 Fortunately though, as I said, at least this episode was significantly better than, “The Six Thatchers” last week, if mostly because it was simply more entertaining. The funny moments with Sherlock, Mrs. Hudson and John all worked surprisingly well in an otherwise emotionally heavy episode, and the final result of John bursting in right as Smith is attempting to suffocate Sherlock, and Sherlock getting a confession with a recording device in John’s walking stick, was a pretty neat, if realistically unlikely final result to everything. Even Sherlock admitting to John afterward that the confession is probably inadmissible in court wasn’t so bad, since it was a reflection that Sherlock and John had managed to repair their friendship through Smith, even if they did so with the mother of all bad ideas.

Another major high point in this episode is the ending twist, which brought everything together in an admittedly very cool fashion, while setting a brilliant stage for next week’s season finale. Turns out, Sherlock didn’t hallucinate having a nighttime walk with a woman he believed to be Smith’s daughter, and John’s therapist was a fake the whole time. Not only that, but the fake therapist was also the bus lady that John was having the emotional affair with during last week’s episode! Turns out, the mystery woman is Eurus Holmes, the mysterious third Holmes sibling, who is so secretive that Mycroft wasn’t even properly aware that she’s a woman (he seemed to think she was a brother named Sherrinford), and is so devious that she even managed to fool Sherlock! It’s also implied that Eurus is the one behind the mysterious Moriarty broadcast from all the way back at the end of Series Three, and seems to have some twisted plan in mind for Sherlock and John. I guess we’ll find out in next week’s season finale. Either way, it was a standout twist, and hopefully, Eurus turns out to be a worthy antagonist! 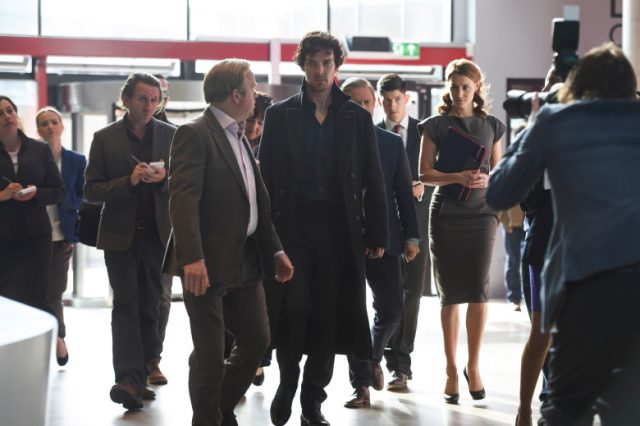 Sherlock still seems to have lost its way a bit, and is still too much about ridiculous melodrama rather than a true sense of mystery, but, “The Lying Detective” did make some solid efforts to put the show back on the right track. The mystery with Culverton Smith was still ultimately lacking, but the character moments were well-done, even if Sherlock’s drug relapse might as well have never happened. Fortunately, the obvious villain eventually gave way to a far more subtle and unexpected foe, and that sets up tons of promise for the end of Series Four next week. Best of all though is that Sherlock and John are friends again, and can hopefully return to business as usual now. Hopefully.

Sherlock 4.2: "The Lying Detective" Review
Sherlock is still getting too lost in ludicrous, convoluted melodrama, but this week's episode was a welcome improvement, with strong character work and an excellent end twist.
THE GOOD STUFF
THE NOT-SO-GOOD STUFF
2017-01-09
75%Overall Score
Reader Rating: (0 Votes)
0%