NOTE: Some minor spoilers for the first season of, “The OA” are present in this review. That said, the review is written to accommodate those who have not yet watched the series, and as such, will avoid discussion of major plot developments.

Netflix had a huge hit on their hands with the likes of Stranger Things back during the previous Summer, and it seems like the streaming platform wants to double down on abstract genre fare in their original television programming. Thus, we now have The OA, a more auteur-ish and highbrow take on sci-fi/fantasy media created by Zal Batmanglij and its lead actress, Brit Marling, whom you may remember from a small stint on Community.

Unlike the more universally-praised Stranger Things however, The OA has proven to be extremely divisive among both critics and general Netflix consumers. Some love the series, while others detest it, and that certainly makes it an interesting experience to critique, especially since, personally, I find myself to be extremely torn on this series. On the one hand, some of its direction, performances and overall concept are pretty great. Even when compared to Stranger Things, The OA feels especially daring and original, never falling victim to any expected television trope or cliche in its storytelling. Even the episode formatting can vary drastically, with some episodes in this first season being just a half-hour long, while others can go up to 70 minutes in length.

On the other hand though, it’s also difficult to deny that The OA really goes off the rails in some places, and worst among these moments is how it falls flat on its face in the final episode of the season. The way that everything ends with The OA is sadly ludicrous, unearned and far too much of a reach, making the series come off as insufferably self-indulgent, rather than truly profound. It also doesn’t help that several elements of this show, including one of the main macguffins of sorts with the characters, are needlessly silly, and take away from the atmosphere by being unintentionally funny, rather than actually impactful.

So, what is The OA about? Well, it’s about a young woman, Prairie Johnson, who was held captive for many years, but then suddenly shows up in the hospital after jumping off a bridge, where she’s re-discovered by her adopted parents. An added wrinkle is that Prairie used to be blind, but can now see again. It’s an initially promising idea that starts with no shortage of intrigue. It’s just too bad that the mystery behind this seemingly supernatural event doesn’t always hit every note, and that leads to a selection of eight episodes that can be very uneven, especially when some of the story turns are pretty arbitrary and unrealistic.

Much of the storytelling is conveyed via Prairie gathering four high school boys, along with a teacher, to recount the tale of her abduction, and how she regained her sight. Much of this naturally involves flashbacks of Prairie in captivity with several others, overseen by a man named Hap, played by Jason Isaacs. The chronicling of the abduction is probably when The OA is at its strongest as both a dramatic thriller and a sci-fi/fantasy piece, as Prairie and her other captors race to secure a larger-than-life means of escape, one that Hap is also after for his own reasons.

Like I said, the performances in the show are also pretty great, and there’s clearly a lot of effort being put into giving The OA a huge sense of wisdom and heart to go with its over-arching mystery. This is clearly a passion project for Marling in particular, who makes Prairie a likable, straight-faced character that somehow manages to sell a storyline that, at worst, can be hilariously ill-executed. To that end, it’s actually somewhat believable that a high school teacher, let alone four teenage boys, could be taken in by Prairie’s story. It’s just really too bad that said storyline really doesn’t stick the landing, since the final result of everything is so frustrating, rushed and ultimately unfulfilling. 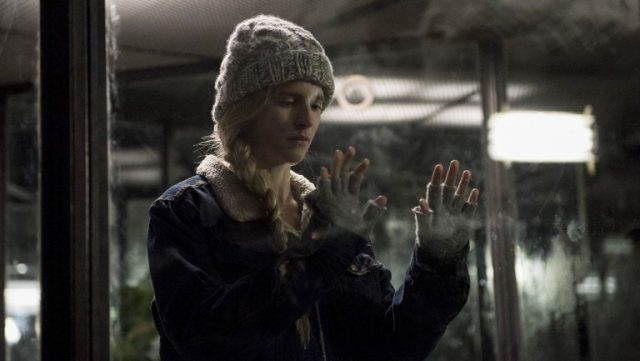 That begs the question of whether The OA could ever truly have a second season, since the way it ends seems to be pretty definitive, and yet, it’s also true that the season’s conclusion opens up a ton of plot holes, while just flat-out failing to resolve several lingering story threads at the same time. Maybe there is groundwork being laid for a second season to that extent, but it also oddly feels like The OA’s first season is meant to stand alone. Sometimes, you won’t exactly be sure what the showrunners are thinking, which might work for those who find meaning in this super-artistic, proudly avant-garde television series, but to others, it will just make The OA needlessly impenetrable. It doesn’t help that the show has several boring, slow stretches throughout the season to boot, which feel like they always want to keep the audience at arm’s length, not for preserving the mystery, but almost because it feels like the audience isn’t ready to truly dive into this show’s world. At worst, it kind of comes off as talking down to viewers, which isn’t very appealing.

As much as it might have hoped to be, The OA is definitely not the next Stranger Things for Netflix, at least not in its first season. You might love the series and find fulfillment in its supernatural mystery, but it demands a lot of patience and a very open mind. If you’re not actively looking for something very different and daring, you might be better off just skipping The OA entirely. Even if you do savour avant-garde media, it’s a crapshoot as to whether you’ll be able to forgive, let alone enjoy, the unsatisfying and clumsy final result of an initially promising mystery. There’s good ideas here, but part of the reason why Stranger Things succeeded so well is because it knew what it was, and didn’t bite off more than it could chew. The OA, meanwhile, feels a bit scattershot, as if it’s trying too hard to be memorable, sometimes for the wrong reasons. One could praise some of the bold risks that this show takes, but sometimes, risks don’t always pay off.

The OA: Season One Review
One of the strangest and most daring Netflix Original shows yet, The OA makes a big grab for lots of avant-garde ideas in its debut season, but it doesn't pull off a good chunk of them.
THE GOOD STUFF
THE NOT-SO-GOOD STUFF
2017-01-09
72%Overall Score
Reader Rating: (0 Votes)
0%