Legion has quickly proven itself to be one of the most fresh and exciting comic book shows to hit the airwaves in recent memory, but it’s natural that its outstanding momentum won’t always be cranked to maximum. This reality seemed evident in this week’s episode, “Chapter 3”, which still offered another fantastic showcase of trippy visuals and top-tier production values, but also didn’t really have the show moving forward in any meaningful way.

Legion still stands head-and-shoulders above the majority of other comic book shows on the air right now, possibly only being given serious competition in terms of depth, intrigue, innovation and style by Marvel’s Netflix shows at present, but there’s no denying that this week’s episode was a bit of a slower one. There’s ultimately little to dissect, as the mutant resistance simply dives into David’s memories again, uncovering yet more evidence of his troubled, grungy past as both a junkie and a volatile mutant boyfriend in a dysfunctional relationship. 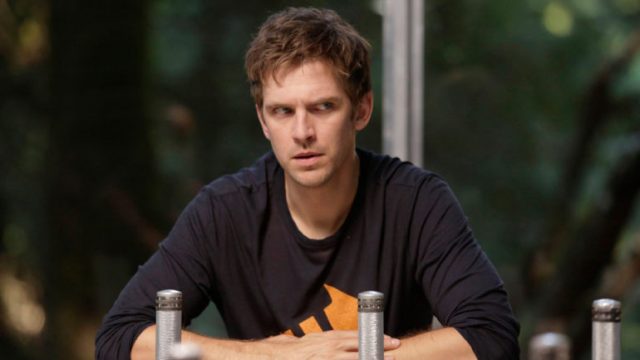 A pessimist could reasonably say that, “Chapter 3” is a filler episode then, but like I said, at least there was plenty to look at. This is especially true when David’s memories become more hostile, with Dr. Bird even observing that David’s brain appears to be protecting itself, intentionally walling off and destroying information that it doesn’t want to be probed. Of course, as Marvel/X-Men fans have already speculated, it’s probably not simply David’s mind that’s doing this, especially when Ptonomy’s powers stop working, which shouldn’t be possible.

The fact that Ptonomy’s powers become unreliable within David’s mind here does help to make the episode more tense. Suddenly, David begins seeing images of the probable Shadow King at a greater rate as well, to the point where other characters begin to notice him too, sometimes violently! One such episode even appears to trigger astral projection during an otherwise routine test by Cary, which beams images of David and Syd to the interrogation area where Amy is being poked for information by Division Three. The mysterious man known as ‘The Eye’ soon after spots the two mutants though, blinking them back to the resistance headquarters.

One disappointment in this episode that’s quite noticeable is the fact that very little seems to have come from Amy being captured by the Division Three thugs, at least for now. She simply tearfully tells them that David is sick, and needs help, while Division Three just tells her that David isn’t sick, and has god-like powers. Like the show in general with this episode, this exchange just seems like it has both characters going in circles, especially since viewers are already aware at this point that David is a mutant, not mentally deranged.

What fared a bit better was the development regarding the secondary relationships, namely as David and Syd share a few more details about their pasts. Likewise, we also hear from Dr. Bird’s lost husband, Oliver, who we see here is voiced by Flight of the Conchords star, Jemaine Clement. Oliver has been posthumously realized as a J.A.R.V.I.S.-like A.I. that mans the machines in the resistance headquarters, with Dr. Bird telling the others that Oliver became lost during an unknown point, and is presumed dead. Since the showrunners have already more or less spelled out that Oliver is not dead, but is actually stuck in the Astral Plane however, this seems like yet another piece in the inevitable puzzle of Shadow King eventually coming out to properly menace David beyond his sub-conscious mind. 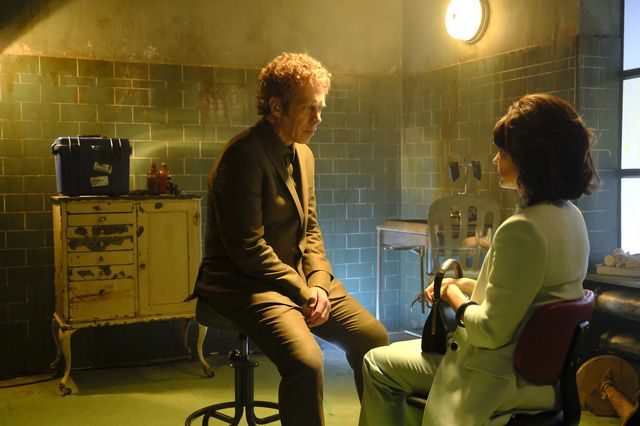 Like I said though, there’s just very little to say about this episode. Legion is still very good, even in a filler episode, and its mind-bending, impeccably produced entertainment is still well worthy of the sky-high FX standards, but it nonetheless sucks that the show didn’t really move forward this week. Instead, we just took another trip through David’s memories, with the intrigue and foreshadowing not really indicating anything that viewers haven’t already put together by this point. With the episode ending as David appears to be trapped in his own mind, hopefully we get to see an interesting new layer of his developing mutant psychology next week.