The Big Bang Theory appears to have hit another speed bump that was particularly evident last week, and unfortunately, that stalled momentum continued in another lacklustre episode this week. “The Comic-Con Conundrum” set out with an interesting idea for Raj’s character, and I do appreciate the fact that the show isn’t immediately forgetting about Raj’s big decision at the end of the previous episode. Unfortunately, from there, the episode quickly falls apart with a mess of half-baked story arcs dragged down further by especially weak humour.

With Raj deciding that he’s no longer accepting his father’s money, he’s getting to work on trying to get his finances under control. Unfortunately, with Raj having massive credit card debt and ludicrous expenses, that’s easier said than done. Desperate, Raj then appoints Sheldon to be his financial manager, knowing that Sheldon is very uncompromising, and will make sure that his spending stays in line. Sheldon’s first order? Raj can’t buy Comic-Con tickets, since they’re too expensive and inessential. 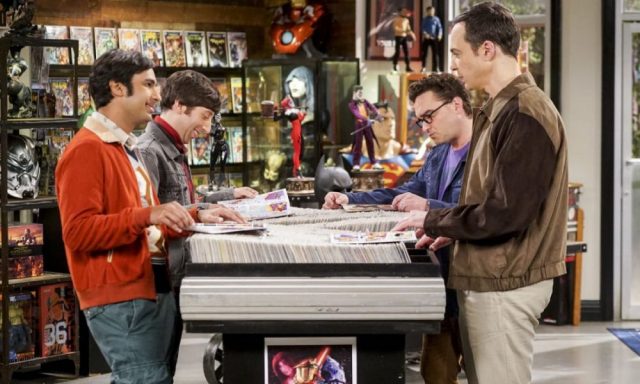 Sheldon being a financial dictator to Raj is something with loads of comedic potential, which is why it’s baffling that the show quickly pivots away from that, and instead centers everything on Comic-Con, despite Comic-Con being months away (though I am well aware that people purchase tickets and book hotels months in advance). This might be a decent way to inject some more geek humour into The Big Bang Theory, which has become rather diminished in Season Ten especially, at least as a focal story point, but nonetheless, this idea really works to mixed effect. It manages some half-decent jokes here and there, such as Raj taking on thankless comic book shop work for Stuart, which sees Raj resurrecting his embarrassing Aquaman costume from many seasons ago, but for the most part, the jokes just feel very sub-par this week.

This is most noticeable in the subplot with Howard, who has to beg Bernadette to go to Comic-Con. Bernadette decides to exploit the situation by having Howard do a bunch of chores around the house. This is kind of amusing at times, since we know that Howard is very lazy, but it also leaves a bad taste in the mouth when you consider that Bernadette is essentially extorting her husband. She makes a claim that this is so she can spend more time with Halley, but we never actually see this, so for all we know, she’s lying, and just wants to be lazy herself. This kind of humour would have been a lot funnier in the 80’s or 90’s, but in 2017, when gender roles are no longer really a thing in modern marriages, Howard doing housework will probably be met with a cocked head and a shrug from younger twentysomething and thirtysomething viewers especially, rather than laughter. 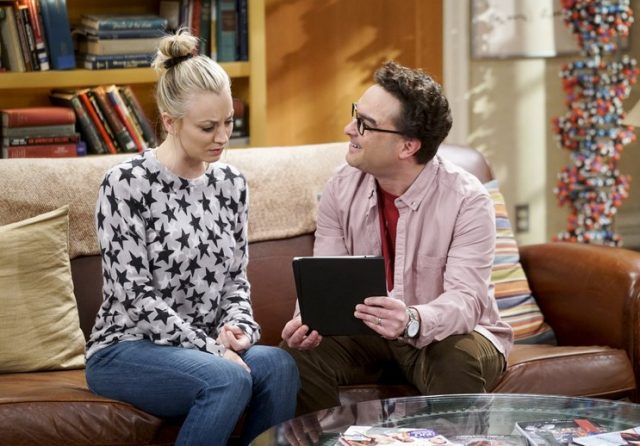 Likewise, there’s another very forced non-conflict between Leonard and Penny throughout much of the episode, which could have been alright, had it not had such ham-fisted execution. Penny, for whatever reason, has decided that she needs to go to Comic-Con with Leonard, because Leonard is always doing things for her that he doesn’t want to. That’s sweet on paper, but Penny choosing Comic-Con of all things feels kind of random. Leonard, meanwhile, doesn’t want Penny to go because it’s time with the guys, and he doesn’t think she would have a very good time. Again, that’s sweet on paper, and Sheldon making the observation that Leonard and Penny are making each other sad by trying to make each other happy is legitimately funny and clever.

The problem comes in when the episode keeps crowbarring in excuses to have Leonard and Penny blatantly not communicate their feelings to each other for seemingly no reason. Even Sheldon comments that his relationship with Amy is much more honest, sometimes to a fault, which is another huge missed opportunity for humour in this episode. Towards the end of the episode, the truth comes out after a screaming match, and then Penny just decides that everything is fine because she doesn’t have to go to Comic-Con. Uh, what? Are Leonard and Penny seriously this bad at communicating with each other? That’s not funny, that’s just pathetic, especially when they’ve been together for this long! Moreover, everyone deciding soon afterward that they’re just not going to go to Comic-Con, save for Sheldon, because they’d rather do ‘grown-up things’ (the episode doesn’t bluntly spell that out, but that’s basically the possibly inadvertent subtext, because that’s exactly what The Big Bang Theory should convey to its audience, especially ten years in! Ugh.), isn’t a heartwarming moment of maturity, but instead feels like a total cop-out from the writers, who just couldn’t be bothered to properly resolve any of this episode’s storylines.

“The Comic-Con Conundrum” is ultimately another half-baked filler episode for The Big Bang Theory, one that botches a significant chunk of its gags, and feels mis-conceived in almost every way in terms of its story execution. I get that Comic-Con happens in July, when The Big Bang Theory is off for the Summer, so it’s not really easy to give this show a proper Comic-Con-themed episode without it feeling out-of-place, but even so, this kind of ‘solution’ isn’t any better. It’s welcome to have The Big Bang Theory revisit its geek humour a bit more, but when the show ends this geek-fueled storyline with the unwitting message that Comic-Con is not for real functioning adults, and that only weirdos attend it even now, that’s not just misguided, that’s an infuriating slap in the face to people who actually enjoy watching this show for the nerd-themed comedy. It’s bad enough when The Big Bang Theory hits a duffer, but it’s even more woeful when the show crosses the line from good-natured nerd humour to suddenly pretending that geeks are repressed weirdos who just need to grow up. Somehow, I don’t think that’s a good attitude to have in 2017, even for the current biggest sitcom on television.