This week’s episode of The Walking Dead is the third episode of the season dedicated entirely to hanging around Sanctuary. After Daryl took a turn, and Carl took a turn, it was Eugene that took center stage in, “Hostiles and Calamities”, and as something of a pleasant surprise, this episode was a bit of an improvement over the past few. You’d think that the show would start repeating itself here, since this is the third time that one of Rick’s people has been walking around Negan’s base, but surprisingly, there’s enough of a different angle with a cowardly Eugene to make this idea interesting again.

This episode still isn’t perfect, and does have a few story stumbles here and there, but getting two fairly solid storylines to anchor proceedings nonetheless made for a pretty satisfying episode of The Walking Dead by Season Seven’s decreased standards especially. Eugene also proved to be a surprisingly compelling personality and was really in his element here, especially since he’s understandably seduced by Negan’s operation fairly early on. I’m actually kind of surprised that the show didn’t attempt something like this with Eugene’s character sooner, especially now that Gabriel has stopped being the resident turncoat liability lately. 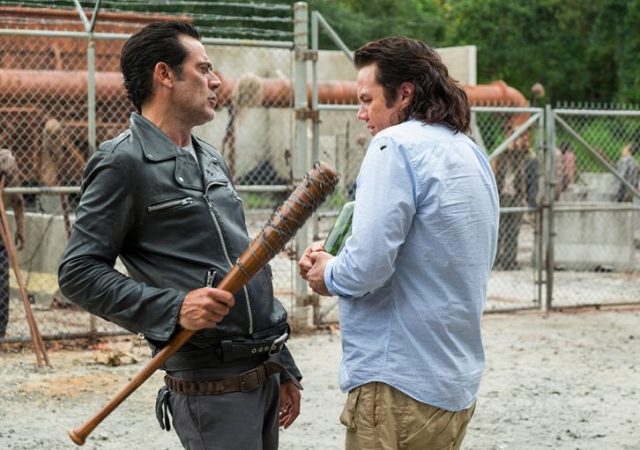 Though some of Eugene being given the grand tour did echo a few notes that we already saw with Daryl and Carl, obviously, it was interesting to see Negan more aggressively try to turn Eugene, rather than when he threw Daryl in a cell, or simply acted like a twisted surrogate uncle to Carl. This variation in tactics makes Negan feel like a more believable leader of a gang on the level of the Saviors, and the way that he acts as sort of a tempter to the more cowardly Eugene made for one of the smartest and most effective uses of Negan all season so far.

Another batch of particularly solid scenes came when Negan signs off on letting Eugene hang out with his remaining wives. Eugene being surrounded by beautiful women and opting to play Yar’s Revenge for the Atari 2600 in their company was legitimately funny, and there was a truly effective bonding moment of sorts when Eugene shows the women how to make a homemade soap bomb. The return of the, “Easy Street” song from when Daryl was captive at Sanctuary playing in Eugene’s room was another amusing moment, and much like other Walking Dead episodes that aren’t afraid to actually not be constantly depressing all the time, little moments like this led to more engagement than this show has managed in a while.

Similarly, the Dwight subplot really wasn’t bad, as Dwight returns to a planned rendezvous spot that he put together with Sherri. Seeing Sherri leave Dwight a letter that said her mistakes made him what he is was fairly emotional, even if it doesn’t totally fix the fact that we’re supposed to feel sorry for Dwight, despite Dwight being nothing more than a full-blown Savior thug at this point. The implication that Dwight was a better man before Sherri quite literally got in bed with Negan is promising, especially considering what happens with Dwight and the Saviors in the source comics, but so far, we haven’t seen much evidence that Sherri’s claims about Dwight formerly being a good man are true.

This especially comes into play towards the end of the episode, as Dwight plants evidence on Sanctuary’s doctor about Sherri having been let out and subsequently eaten by Walkers, leading to Negan blaming the doctor for his lost and allegedly dead wife. The doctor fessing up to the crime of letting Sherri go, just to try and escape the iron, only to be thrown head-first into the entire oven by Negan was a nicely shocking moment, but Negan not ever questioning Dwight’s loyalty in this situation feels pretty unbelievable. Would the doctor really have that much incentive to defy Negan in such a big way? Not only that, but if Dwight was supposedly a much better man before Sherri forced him into Negan’s world, does Negan seriously have no reason to doubt Dwight’s frankly shaky story about his desperate wife supposedly being eaten by Walkers? 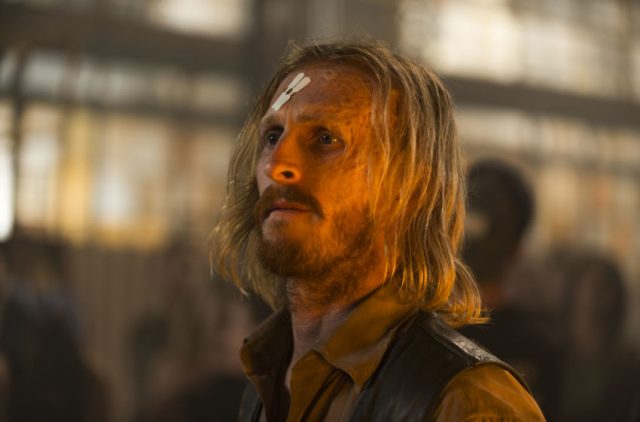 The other more noticeable sour note in the episode came from the women suddenly approaching Eugene about making a death toxin for one of the wives, who seemingly wants to commit suicide. This would have been dramatic enough, and would have made for a strong test of Eugene’s loyalty and sense of ethics, but later on, it comes out that the wives actually want to poison Negan. Uhhh, why? Earlier in the episode, the two wives in question admit that they fully signed up to marry Negan, and are generally treated pretty well, on top of wanting for nothing, beyond not really having a say when Negan gets frisky. Do they seriously think that they would be better off if Negan died, and someone like Dwight was in charge of the Saviors? I guess this is supposed to be a clear-cut indication that Eugene has supposedly turned after he refuses to kill Negan, but if that’s the case, the show had better stick with it. If Eugene suddenly turns out to have been working for Rick’s crew the whole time, formulating a plan to take down Negan himself, he’d be pretty stupid not to take the wives up on their poisoning plan.

Despite some of those hiccups though, The Walking Dead was a bit more entertaining than usual this week, and that’s good, considering how much Season Seven has struggled to entertain in many instances. It really does look like Eugene is going to fully defect to the Saviors for now, in a huge deviation from the more tough, un-cooperative Eugene stance in the source comics during this same storyline, but as usual, we can’t say for sure whether the show will deviate from the comics or not in any given story arc’s long term. I think Eugene betraying Rick’s crew and becoming a Savior could be interesting, especially considering how it would obviously affect Rosita when she sees what Eugene has become. By contrast though, with the show flirting with the idea of Dwight eventually betraying Negan, we really do need to see more concrete proof that he was who Sherri says he was before falling in with the Saviors.