After so many prophecies and premonitions, Savitar is finally returning to The Flash this week. Fortunately, he also did so in one of his best appearances to date, as Savitar continues to menace and torment Wally with unseen visions, which later become physical attacks! “The Wrath of Savitar” mostly existed to fill in the remaining pieces for Season Three’s big bad to properly return, but overall, this was a solid and emotionally satisfying episode, with only a few sour notes of forced, tiresome drama.

With Wally’s training continuing with Barry, and Jesse now working alongside him, things appear to be going fairly well for Team Flash, until an invisible attack by Savitar forces Wally to confess that he’s been seeing visions of the dangerous speedster. Barry is naturally livid, though the team is slightly distracted by the revelation mere moments before that Barry proposed to Iris. As happy as everybody else is though, Joe is nonetheless bothered that Barry didn’t ask for permission to propose to Iris. It seems a little bit silly, and the episode glosses over it rather quickly, but this was our biggest hint of something that not every viewer may have picked up on; Barry proposed to Iris rather quickly after they moved in. 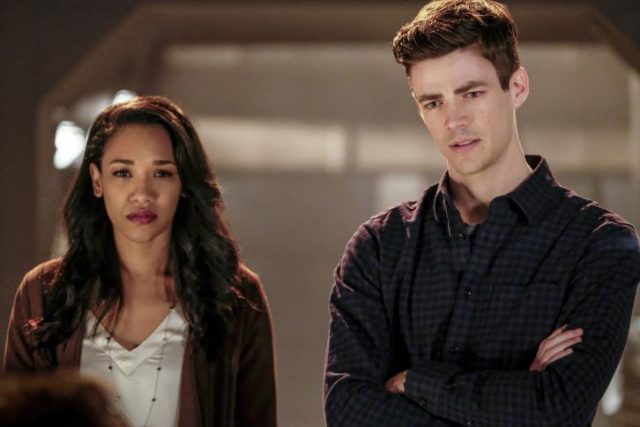 Barry tries to defend the proposal as being a spur of the moment thing, though later in the episode, after Wally convinces Cisco to vibe him into the future to see his sister’s death, Wally spots that there’s no ring on Iris’ finger. When Wally confronts Barry about this, Barry is then forced to confess that he proposed to Iris because he noticed the same detail, and was hoping that the engagement ring would change the future.

We’ve been rooting for Barry’s and Iris’ relationship since The Flash first premiered in late 2014, but it’s tough not to see Barry in a questionable light here. Barry clearly means well, but Iris is understandably very upset at this news, since she wanted Barry to propose out of love, not fear. This does at least lead to a sweet scene with Joe though, where Joe tells Iris that she and Barry have very complicated lives, and their love is the one thing that should be simple. This is enough to convince Iris not to change her relationship status with Barry, though it also doesn’t seem to come any closer to saving Iris’ life. The show did kind of wimp out of pushing the relationship drama with Barry and Iris to truly interesting or uncertain territory, but maybe this effort was lost in the desire to bring Savitar back into the world as fast as possible this week. 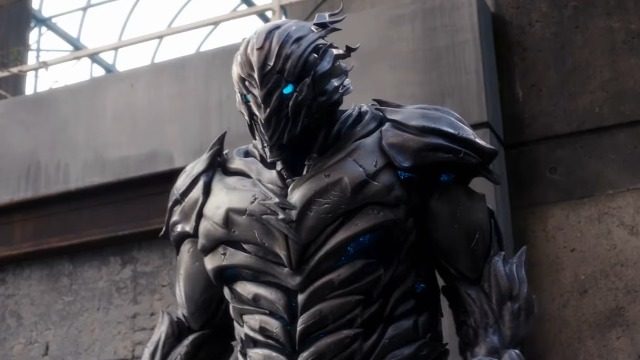 In fact, Savitar seems to be getting closer and more dangerous than ever, despite all of Team Flash’s efforts to save Iris in the future. After a few chilling conversations with Savitar, using Julian as a conduit (twice!), Barry and co. eventually learn that throwing the Philosopher’s Stone into the Speed Force might have actually given Savitar exactly what he wanted. This is confirmed when Barry runs into some of Savitar’s acolytes, who conduct worship in the mountains, and caution that Savitar is nearly returned. At this point, it really does look like all of Barry’s efforts to save Iris might have been in vain.

This is where one of the episode’s sour notes comes in though, since Savitar is stopped by the fact that a piece of the Philosopher’s Stone is missing. Somehow, someway, Caitlin smuggled away a piece of the Stone and hid it in S.T.A.R. Labs, thinking that it could take her powers away. This is very contrived, and seems like a hasty explanation to try and justify why Savitar has languished in the Speed Force to begin with. What does Caitlin think she’s going to do with a piece of the Philosopher’s Stone? How did she even get a piece of it in the first place? This also seemingly served as the hasty throwaway bit where Savitar warned that one of Team Flash’s members will betray everyone… Except, in keeping that piece of the Stone, Caitlin actually sort of helped everyone, even if it was for selfish reasons. Thus, you can’t truly call this a betrayal, assuming it isn’t a fake-out, which I guess it could be. Still, it seemed all too clear that the writers hit a wall in trying to justify a team betrayal and Savitar’s return, so they just crowbarred in a half-assed ‘twist’ here that swept both of these demands under the rug almost immediately. It’s rather disappointing. 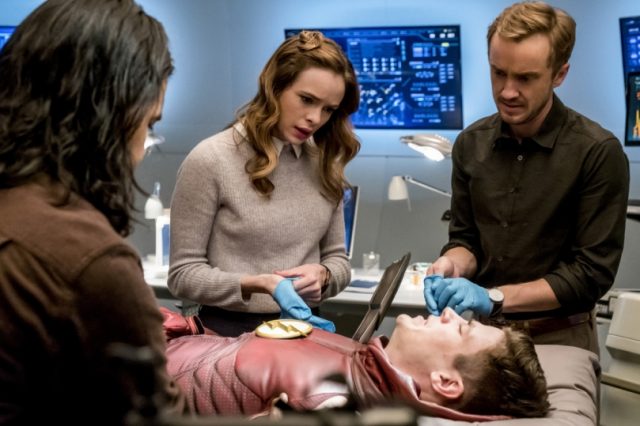 At the very least, the episode still ended on a strong bit of drama though, as Wally sees a vision of his mother while with Jesse in the West house, and decides to speed the piece of the Stone away to throw into the Speed Force, thinking it will finish the job. Instead though, Wally only succeeds in bringing Savitar back, manipulated into helping the villain, rather than stopping him. This finally makes Savitar a more clever and imposing villain than he was at the start of the season, especially since Barry is too late to stop Wally’s mistake, which in turn traps Wally in the Speed Force in Savitar’s place! Thus, with Savitar free and Wally trapped, also satisfying Savitar’s prophecy of a Team Flash member, “Suffering a fate worse than death”, Barry is at an even bigger disadvantage in saving Iris’ life, with the episode ending as Team Flash ponders their next move.

Apparently, stepping away from Savitar and focusing on the threat of time itself was truly the right call for this latest speedster villain, since Savitar’s mystery finally feels a little more intriguing, as he blames Barry for some unseen transgression in the future, and must kill Iris to set some mysterious event right. There’s a bit more of a method to Savitar’s madness now, and this makes, “The Wrath of Savitar” a fairly solid proper return for this season’s big enemy. The real shock though was the imprisonment of Wally in the Speed Force, something that is going to continue being a big focus next week. The more Barry seems to fight back against the specter of his sins, the worse things seem to get, but maybe another trip into the Speed Force is just what Barry needs to truly atone for what he’s done since Flashpoint.

The Flash 3.15: "The Wrath of Savitar" Review
The Flash provided a solid and shocking return for Savitar this week, even if it had to force a story turn or two to make that happen.
THE GOOD STUFF
THE NOT-SO-GOOD STUFF
2017-03-08
84%Overall Score
Reader Rating: (0 Votes)
0%