Arrow went especially dark and experimental this week, much as it did with the topical, “Spectre of the Gun” from a few weeks ago. “Kapiushon” almost entirely took place in flashbacks, with the remaining elements of the episode almost entirely unfolding through Oliver’s and Chase’s interactions, as Oliver is held in captivity and tortured. Chase is attempting to motivate Oliver to give up his secret, but Oliver claims he has no idea what Chase truly wants from him.

This is the point where Arrow really starts paving the way for its season’s climax in the weeks to come, as Oliver is fully put through the crucible of facing who he was five years ago to full effect, and how his crusade is built on a false ideal. This led to, “Kapiushon” being another highlight episode for Season Five, one that was pretty much excellent in all respects, even almost entirely unfolding between one room in the present, and the flashbacks at all other times. 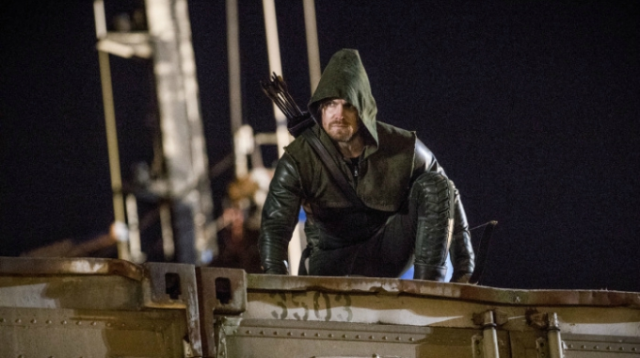 Considering how much the flashbacks have been spinning their wheels lately, it was great to see them finally take a major new step, and provide actual intriguing story elements that further developed Oliver’s character in a big way. This is because the Bratva finally properly strike back against Kovar in this latest set of flashbacks, with Oliver starting to fall deeper into his new identity as The Hood, or, “Kapiushon”, as the Russians call him.

Since this is Oliver’s rougher and more aggressive early days as a vigilante, you can imagine that his acts of violence and sadism concern Anatoli and the rest of the Bratva very quickly. After the Bratva try and fail to stop Kovar from stealing a bunch of nerve gas, Oliver brutally tortures a man, even after he gives up the information, simply to kill him in as slow and painful a manner as possible. Already becoming a slave to his rage, Oliver is only softened when he meets the mother of Taiana from last season, Galina, who eventually gives him the means to properly infiltrate Kovar’s casino. 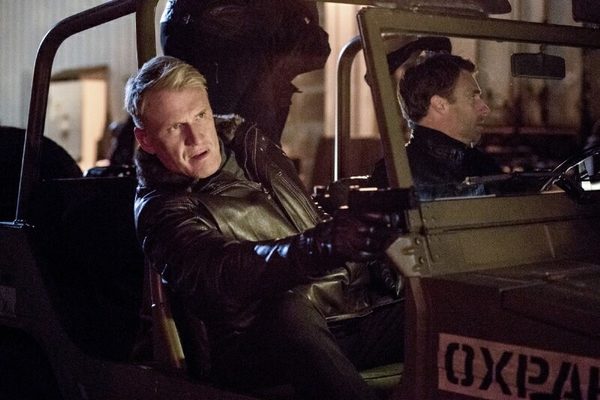 Oliver’s violence continues to know no bounds here, as he slaughters Kovar’s men, while helping Anatoli and the rest of the Bratva infiltrate the casino. This was also beautifully complemented by the surprising revelation that Kovar is doing business with Malcolm Merlyn, back when he was still CEO of Merlyn Global. This is something that sets up another surprise turn for the conclusive flashbacks of the season (and the series, since no more flashbacks are happening after Season Five), especially when Merlyn’s resources appear to allow Kovar to infect all of the government and military officials he lured to the casino, as well as the innocent patrons, with the nerve gas, so that he can take over Russia.

This horrific act was paired well with the equally horrific massacre of Oliver, especially when all of his fury fails to save Galina, who is murdered by Kovar for giving Oliver and the Bratva the means to get in, after Oliver fails to get to her in time. Oliver does manage to help most of the patrons and officials escape, taking out the rest of Kovar’s men in the process, though when he finally subdues Kovar, he ignores Anatoli’s command to let him live. Oliver kills Kovar in anger, which nonetheless motivates Anatoli to make Oliver a Bratva Captain, despite his preparing to return to Starling City, though it’s not over yet! Merlyn has some trick up his sleeve to keep Kovar alive, with Kovar springing awake right as this episode’s flashbacks end. Could this possibly be a way to bring KGBeast into the DC Television Universe? It would certainly be a twist if Anatoli got to embrace his super-powered alter-ego from DC Comics lore in the flashbacks this season, even temporarily! 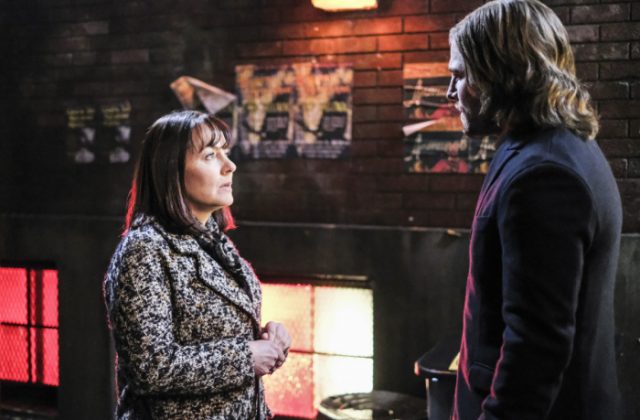 Needless to say, these dark, dramatic and shocking flashbacks wonderfully made up for the litany of throwaway flashbacks that we’ve gotten over the past several weeks of Arrow! That’s not to say that the present-day sequences disappointed though. Prometheus’ twisted torture of Oliver was in turn effectively leveraged to highlight Oliver at his most angry and uncontrollable in the flashbacks, making it apparent to the viewer what Oliver is supposed to confess, even if it’s not apparent to Oliver; Chase wants Oliver to admit that he kills because he enjoys it and is pathologically compelled to do it, and not because he’s a hero on a crusade to save the city.

Things get further complicated when Chase brings Evelyn into the cell, who he has apparently imprisoned and tortured in the interim. Challenging Oliver to kill Evelyn, Oliver predictably refuses, leading to Chase snapping her neck himself!… Or, that’s the implication. Yeah, Evelyn is alive, and this is another trick, with Evelyn still firmly on Prometheus’ side, helping him try and break Oliver. There clearly wasn’t any sound when Chase made it look like he snapped Evelyn’s neck though, so why the hell would Oliver honestly believe that he killed her? This was the only questionable element of an otherwise excellent episode, since a trained killer like Oliver should really not be fooled by someone merely throwing a person to the ground and claiming that they snapped their spine! 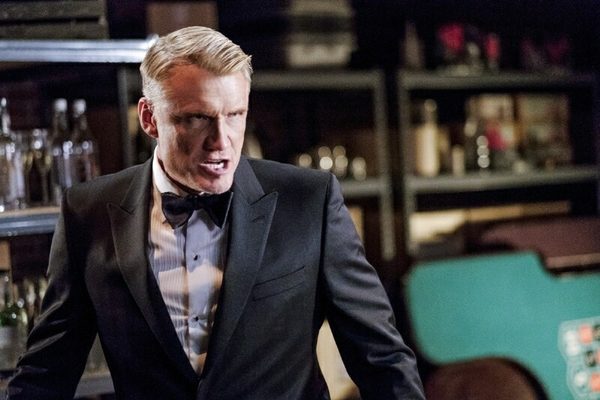 Even so, Chase both torturing Oliver, and bringing to his attention all of the people he killed from the list, even going into detail to describe his father’s brutal final moments, was all fantastic in every respect. Stephen Amell and Josh Segarra both gave some really powerful, furious performances here too, digging deeper than ever into the dramatic depths of their characters. The true nature of Chase’s psychosis was brought to the fore, thoroughly unleashed here, just as Oliver fights the obvious truth, and is eventually forced to succumb to it; He killed because he wanted to, not because he had a mission to. Oliver is let go once he comes to this realization, but Prometheus did succeed in breaking him, as he planned. This has Oliver returning to the Arrow Cave, only to announce to Diggle and Felicity that he’s shutting down his operation, and disbanding the team, right as the episode ends.

Obviously, Oliver dissolving Team Arrow is not going to stick, but that’s not really the point. What made this episode of Arrow so superb is how realistically and coldly it broke Oliver, even after years of working to redeem himself and become a hero to Star City. Facing the truth about who he is, or at least was, Oliver’s resolve to be a hero has been well and truly shattered. Does this mean abandoning Star City to its criminal element, or embracing the dark side completely to bury Chase with all that he’s got? I can’t see Oliver giving up that easily, so the latter is most likely, but either way, “Kapiushon” is an excellent episode in every respect, one that went into especially dark and violent territory to sublime effect! Prometheus seems to have ‘won’ his twisted game at this point, but of course, the season is not yet over. The reason why watching Oliver fall can be so effective is because we always enjoy seeing him rise again, and his return to heroism is bound to create lots of riveting content for the rest of Season Five!

Arrow 5.17: "Kapiushon" Review
Arrow had Prometheus breaking Oliver completely in a dark, violent and excellent episode this week, one that had the Green Arrow forced to face who he truly is.
THE GOOD STUFF
THE NOT-SO-GOOD STUFF
2017-03-23
94%Overall Score
Reader Rating: (0 Votes)
0%