Another huge nemesis of The Flash from DC Comics lore finally made his debut in the DC Television Universe this week, continuing to fill out the ranks of the would-be Rogues. The appropriately titled, “Abra Kadabra” brought the titular villain onto The Flash in style, with comic book media regular, David Dastmalchian playing the part, after previously making appearances in The Dark Knight and Gotham, along with Marvel’s Ant-Man. His Kadabra is easily the best part of the episode, as well as a promising villain for down the line, even if it still feels like the show is taking way too long to fill in the remaining pieces of the Savitar mystery at this point.

This was nonetheless another thankfully strong episode of The Flash though, due to its creative core conflict that had Team Flash facing an impossible problem with their latest foe. Kadabra himself is a seemingly unstoppable quarry, being a runaway time traveler from the 64th Century, who makes use of futuristic technology to perform seemingly impossible feats of magic, which, despite the outlandish concept, does fall pretty much in line with Kadabra’s portrayal in DC Comics lore. Kadabra’s ‘powers’ are a little plot-convenient and ridiculous in live-action, as is the strange tendency of his to be disabled completely by handcuffs (seriously? All those impossible feats, and he doesn’t know how to escape a pair of handcuffs, especially when he’s not technically a metahuman?!), but they’re nonetheless creative, especially since Dastmalchian is so good at playing comically snidely villains that you love to hate. 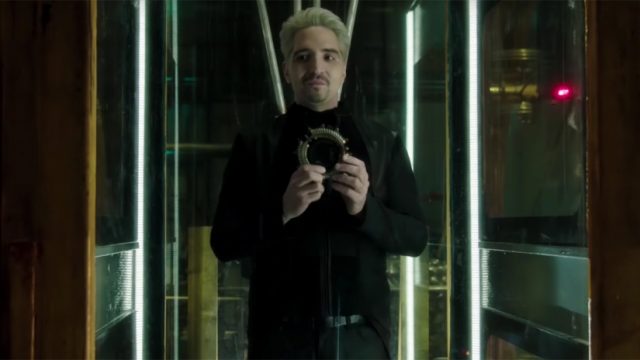 Kadabra seeking technology not just on Earth-1, but also Earth-19, also leads to the involvement of Gypsy, who has her own personal vendetta against Kadabra, after he killed her former partner and lover. This immediately causes friction with Cisco, let alone Barry, as Gypsy doesn’t even seem to care about Kadabra knowing the identity of Savitar, which may be the key catalyst to saving Iris’ life. The idea of weighing one life against another is realized well throughout the episode, especially when Kadabra is predictably un-cooperative with divulging Savitar’s true name, beyond hinting that he was the very first speedster in the case of the DC Television Universe.

A subplot also has Caitlin and Julian suffering their own romantic friction, with Julian still being angry at Caitlin for hoarding the Philosopher’s Stone. After Caitlin is injured by an attack of Kadabra’s though, Julian is forced to operate on her while being coached without anesthesia, which is predictably a pretty clean endeavour, but does at least manage to bring them together again, especially when Caitlin gets to appealingly show her tougher side. We even manage to see these two share a proper kiss afterward, which is rewarding, since Julian resists the effort to pull off Caitlin’s power-suppressing necklace during the operation, which would have immediately saved her, at the cost of unleashing her Killer Frost personality in full force. Fortunately, that wasn’t required, so the ominous headline about Killer Frost still being at large hasn’t yet come to pass. 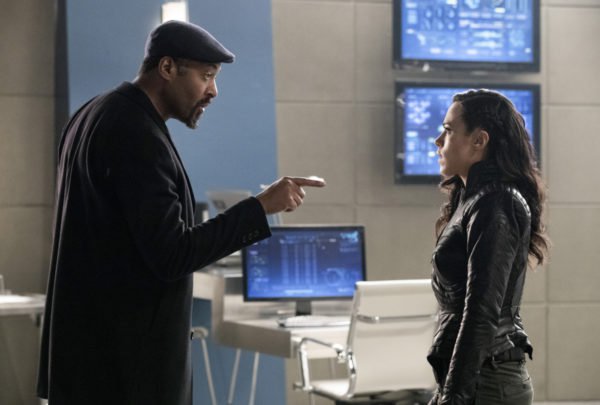 It was also clever how Caitlin’s injury and Kadabra’s escape came about because Joe briefly lets Kadabra out of his prison in the pipeline (again, how does this disable him if he’s not a metahuman?), on the condition that he learns the true name of Savitar to help save his daughter, only to have Gypsy screw up the negotiation and have Kadabra get away. Naturally, only by working together does the team manage to corner Kadabra after he steals Eobard Thawne’s time machine, his true objective with his tech thefts, complete with a time drive that Thawne hid in his secret chamber, apparently. Before Kadabra can return to his own time, some quick thinking by Barry manages to subdue him again, and, being the hero he is, Barry lets Kadabra face justice on Earth-19, giving up his chance to learn who Savitar truly is.

This has the team taking another hit in trying to avert Iris’ ever-encroaching and seemingly inevitable death at the hands of Savitar, though we do get an exciting prospect for the next episode towards the end, as Barry speculates that the best way to fight the future is to travel to it, and learn from its own denizens. This again has Barry meddling with time in a way that he probably shouldn’t, but it does present a lot of storytelling promise nonetheless. The real storytelling promise however came from Caitlin suddenly coding right as H.R. returns from a mysterious absence (apparently, he was off with a new lover, go figure), and despite Cisco’s and Julian’s attempts to save her, she flatlines. Faced with the thought of losing Caitlin forever, Julian decides to rip off her necklace, which does save Caitlin’s life, but naturally seals her full transformation into Killer Frost in the process, with Caitlin disappearing in a wave of ice and mist right as the episode concludes! 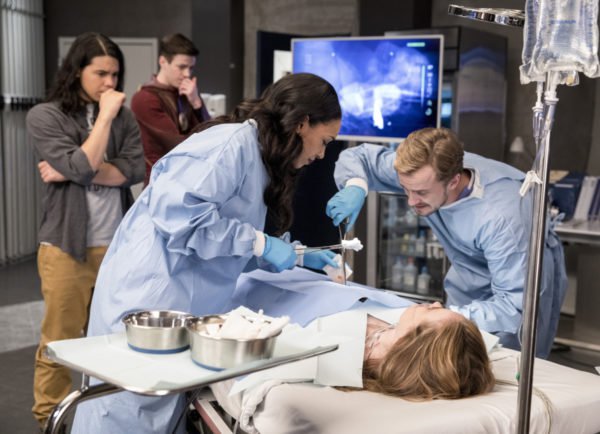 As with the plodding Savitar mystery still needlessly dragging itself out, it feels a bit late in the season to have Caitlin suddenly go full Killer Frost, even if it was foreshadowed beforehand. Still, Caitlin’s villainous transformation, combined with Barry deciding to visit the future to try and learn more about Savitar, provided two great ways to cap off a solid episode, particularly since The Flash is taking a month-long break from here, and returning towards the end of April.

Like I said though, the clever incorporation and entertaining portrayal of the title villain is what really made, “Abra Kadabra” a pretty enjoyable episode of The Flash. With Kadabra spelling out that he and The Flash remain frequent enemies in the future, it’s also pretty much certain that he escapes from his death sentence on Earth-19, and will return to this show again sometime later, hopefully as a member of the Rogues. Despite that promising idea though, it’s still pretty annoying that Kadabra had to be another irritating tease of a villain’s secrets that we really should have learned by now. Hopefully, Barry’s trip to the future in the next episode is his last stop to finally learning just who is set to take Iris’ life and why.

The Flash 3.18: "Abra Kadabra" Review
The Flash brought another classic Flash nemesis to the series in an enjoyable episode this week, even as he continues to perpetuate the Savitar mystery that is really overstaying its welcome.
THE GOOD STUFF
THE NOT-SO-GOOD STUFF
2017-03-29
84%Overall Score
Reader Rating: (0 Votes)
0%