With the Legion of Doom getting their hands on the Spear of Destiny at the end of last week’s episode, the world of the DC Television Universe is getting a pretty heavy revamp in this week’s episode of Legends of Tomorrow, even though it will be predictably ignored on The Flash and Arrow. “Doomworld” brought to life an alternate reality envisioned by the Legion of Doom, with Thawne taking charge as the world’s smartest, richest and most beloved man, having also imprisoned Black Flash in the process, while Merlyn has his dead wife and son, along with his own fortune and company, restored to life, Darhk becomes mayor of a vigilante-less Star City where he’s killed all of the DC Television Universe’s heroes beyond the Legends (including The Flash, Vigilante, and a revised Felicity Smoak who operates as Huntress in this reality), and Snart is allowed to run wild in a Flash-less Central City with Mick.

All the while, the rest of the Legends beyond Mick are forced into terrible, humiliating positions that basically serve as their own personal hells in this new reality: Nate is an ignored conspiracy theorist who lives in his mother’s basement, Ray is a janitor at Thawne’s company, Martin works for Jefferson and is constantly abused as Thawne forces him to invent a reactor, and Sara and Amaya work as Darhk’s enforcers, with Sara in particular thus forced to serve the man who murdered her sister, even in this reality, while Rip’s and the Waverider’s whereabouts are completely unknown. 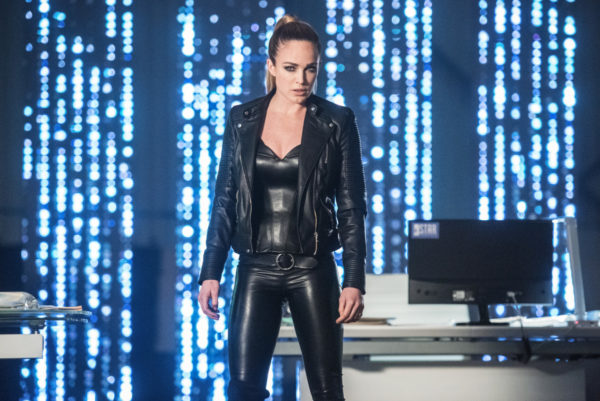 Fortunately, the fake reality created by the Spear of Destiny isn’t a foolproof one. Nate has detected disturbances in the fabric of reality that alert even his brainwashed self to the fact that something isn’t right with the world, with Ray also following instinct to build a convenient memory-awakening gun that he uses to return Nate and himself to their proper memories. Yes, it’s pretty convenient, but I suppose that the principle of the team’s sub-conscious minds not setting completely in the new reality makes some level of sense, since it may follow the same principle as time not setting right away when it’s altered. We do need some device through which to restore the Legends after all, since otherwise, the show, and The CW’s DC Television Universe as a whole, would end here, at least outside of the separate universe of Supergirl.

Another device to save the Legends is created by Mick already having second thoughts about betraying his team, especially when Snart’s wishes with the Spear of Destiny have led to the CCPD refusing to go after him or Snart. Left with no thrill in his criminal dealings anymore, Mick becomes unhappy with the new world, and after Thawne orders Nate’s execution when he goes to him about the reality disturbances, Mick knocks out Snart so that he and Nate can get away, which is also how they reach Ray. Sara and Amaya track them down, but the team manages to restore Sara’s memories too, possibly giving them a mole in Darhk’s regime in Star City, which could lead them to the whereabouts of the Spear. Sara then manages to restore Amaya’s memories later, after a brief scuffle in Darhk’s office. 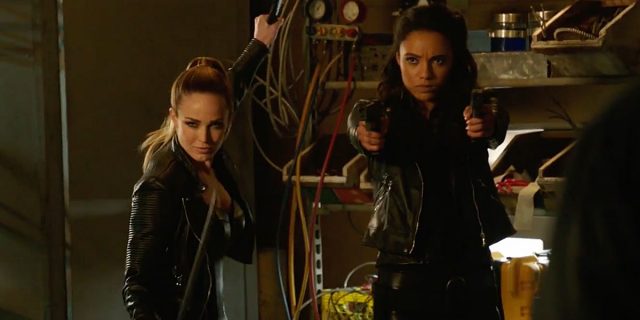 It turns out however that Thawne is eager to keep reality the way it is, naturally, with the mysterious project that Martin is working on turning out to be a device that burns hotter than the sun, allowing Thawne to destroy the Spear, even with its regenerative capabilities! This has the Legends racing against time to get to Thawne’s building in Central City so that they can find the Spear before Thawne destroys it, but even though they restore Jefferson, Martin knocks the memory gun away and breaks it before Jefferson can restore him. With the Legends down a man, and the entire Legion having arrived with their own designs for the Spear, a big melee breaks out, with Snart knocking out Thawne temporarily so that everyone can fight over the Spear. After a really entertaining game of Keep Away, Mick is the one that finally gets his hands on the Spear in the end, forcing him to decide whether he’s more loyal to the villains or the heroes.

This was a very promising moment that forced Mick to make a big, life-altering decision, and fortunately, he ended up making the right one. Confirming himself as a Legend to the end, Mick kicks the Spear over to Amaya, who begins reciting the incantation to fix reality… Until Snart hits her with a blast from his Cold Gun, freezing and shattering her where she stands! Yes, in a truly shocking twist, Amaya is killed in this episode (also providing an effective irony that references Snart sacrificing himself for the team around this same time last season), leaving the Legends in shock as Thawne wakes up and seizes the Spear, ultimately destroying it successfully. Forced to beat a retreat, both the Legends and the other Legion members find themselves unable to do anything about Thawne’s new reality, with Mick being particularly hurt, as Snart mocks him for losing the woman he supposedly loved, even if he never spoke about this. Considering Mick’s inferiority complex and slow mind though, maybe it makes sense that he never told Amaya how he felt, especially with Nate in the picture. The show did certainly drop some hints that Mick was in love with Amaya too, making this loss feel all the more tragic. 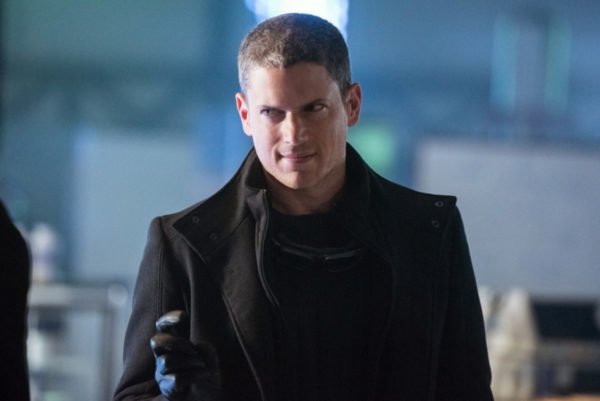 With that said though, the episode ending as the team decides to try and find the missing Rip so that they can go back in time and prevent the Legion from taking the Spear, calls into question whether any of these twists will stick. Will Amaya stay dead, most notably? If she does, that logically also erases Mari McCabe’s present-day Vixen from the DC Television Universe, so that could have big implications. That’s all the more reason to question whether Amaya’s death will stick in next week’s season finale though, especially since McCabe’s Vixen is still active in the DC Television Universe’s CW Seed webisodes at this point. The twist of Rip being trapped in a miniature Waverider within Thawne’s building was at least a pretty solid reveal to end the episode with however, even if Thawne still allowing him to interact with Gideon does feel pretty generous, considering that he can drink and make intricate cakes for as long as he likes.

“Doomworld” beat The Flash at its own game pretty noticeably this week, with Legends of Tomorrow finally much better delivering on the potential of a Flashpoint-style alternate reality for the DC Television Universe. This show continues to excel in pretty much every respect here, even as the world becomes unrecognizable, and it continues to be the clear dark horse winner among The CW’s current slate of DC shows, as the series heads into next week’s season finale. The idea of the Legends lingering and getting a fighting chance due to the villains’ hubris actually worked very well, as did the battle for the Spear allowing Mick to redeem himself, even if it also ended in surprising tragedy. Again, who knows if that tragedy will stick, since Season Two has one more episode to fix things up with, but this penultimate episode for Season Two nonetheless had a stellar mix of action, drama, humour and overall entertainment. With the heroes having one last shot to undo the damage by the Legion, we’ll see how everything comes together in next week’s very promising season finale!

Legends of Tomorrow 2.16: "Doomworld" Review
Legends of Tomorrow provides a much better alternate-reality scenario for the DC Television Universe that effectively lives up to its promise this week, as the Legion rewrites the world to their desires.
THE GOOD STUFF
THE NOT-SO-GOOD STUFF
2017-03-29
91%Overall Score
Reader Rating: (0 Votes)
0%