Prometheus has seemingly won his battle against Oliver in this week’s episode of Arrow, as Team Arrow ends up being disbanded, with Oliver instead resorting to shadier means to try and take out the deadly threat to himself and Star City. “Disbanded” presented a truly broken and psychologically battered Oliver that nicely had the fallout from Prometheus’ torture lingering, with Chase truly managing to destroy Oliver to the point that he doesn’t even want to put on the hood of the Green Arrow anymore.

Obviously, this can’t last forever, or else we wouldn’t have a show, but seeing Oliver revisit true hopelessness is something that punctuated yet another superb episode of Arrow this week. The only slight gripe in fact is that we’ve trodden some of this ground before, particularly with Deathstroke in Season Two. Not every effort to take Oliver to a darker place felt perfectly fresh or interesting here, especially when a superhero hanging up their costume is a frequent cliche in just about any long-running superhero media at some point or another. Fortunately though, Oliver’s despair did manage to provide more novelty than rehashes in the end. 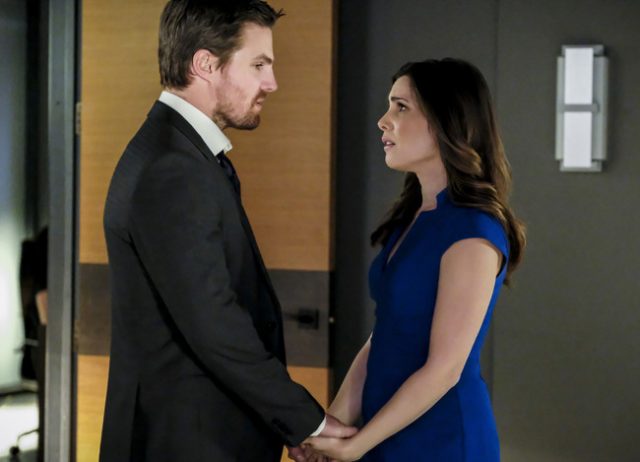 The reason for this is largely due to Oliver deciding to disband his team, and thinking that the only way to beat Chase is to stop playing his game, and metaphorically flip the board. To this end, Oliver calls Anatoli and the Bratva to Star City, since Prometheus couldn’t possibly have planned for their intervention, pleading with them to kill Chase, and keep his team out of it. The idea of Oliver deciding to take all of the darkness on his own shoulders has, again, been done in past episodes of Arrow, but that felt like a mere appetizer regarding how far Oliver has truly fallen with this action. Oliver truly believes that the only way to beat the villain in this case is to lean into his agenda, even if it means sacrificing his very soul in the process. It’s noble in a twisted way, but still beneath what Oliver truly deserves to uphold as a heroic standard.

As fantastic as Oliver’s character arc was in this latest Arrow episode though, it was Diggle that really ended up stealing the show this week, as he’s thus left to be Team Arrow’s surrogate leader, one that also tries to bring Oliver back to the light in the process. Diggle routinely intervening in the Bratva’s assassination attempts with Rene and Dinah, and never giving up on Oliver all the while, all made for fantastically dramatic and satisfying storytelling. Over the past five years, Diggle has become the most steadfast and true ally in Oliver’s arsenal, and that came into wonderful focus here. It’s all the more satisfying when Diggle eventually successfully gets through to Oliver as well, when he finally reminds Oliver that he gave five years of his life to a cause that isn’t about a killing spree or a personal vendetta. It became something more, and Diggle will always be living proof of that. 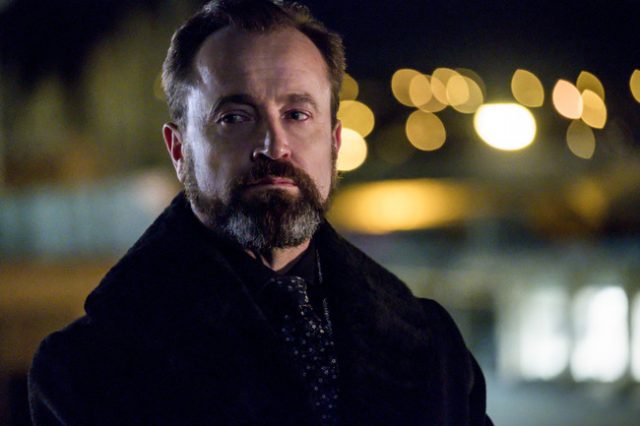 Another advantage to disbanding Team Arrow, even temporarily, is that it allowed time for more exploration into Felicity’s dealings with Helix. Since Oliver doesn’t want any part in his team anymore, Felicity falls in deeper than ever with Helix, trying to get through a face scrambler that Chase apparently stole from Kord Industries, which prevents his face from being captured on camera while he’s in costume as Prometheus. This also provides ample opportunity for Curtis to finally track down Felicity, and see just what she’s gotten into, even being roped into a heist at the Kord Industries building to successfully find hard proof that Chase is Prometheus in the process. This had Team Arrow operating without Mister Terrific as they try to set Oliver’s head straight, but fortunately, Curtis was at least nice enough to lend Diggle’s squad one of his T-Spheres!

The way that the episode came together upon Oliver regaining his heroic resolve was overall great too. Upon reforming his team, Oliver fights back against Anatoli, who is stealing diabetes medication from a struggling company to try and provide a much-needed payday for the Bratva, namely by manufacturing costly and addictive street drugs. This contrasted very well with a more laid-back, but effective set of flashbacks, as we see the first moments of Anatoli picking up the Bratva after Gregor’s tenure and Kovar’s corruption, providing medicine and care for the poor, and seemingly leading the organization down a much brighter path. Seeing that contrast in the past with Anatoli’s desperation and apparent greed in the present was another surprisingly effective use of this week’s flashbacks, after last week also finally delivered a better set of flashbacks than usual. Oliver making an enemy of the Bratva, who now skulk around Star City’s streets after Anatoli returns to Russia, eager to get revenge on Team Arrow, also presents some really cool promise for later storylines, even if they’ll probably be held for next season at this point.

The episode ends as Dinah delivers the evidence against Chase to the SCPD, which Chase senses after the police receive it by text. After murdering his protectors and literally driving past a parade of cops like nothing happened, the episode concludes with Prometheus happily humming along in his car as he prepares to return to Star City, now with nothing to lose after his public identity as D.A. Chase has been destroyed. This was a strong note to end on, as Arrow is now firmly approaching its Season Five climax, which will unfold after the show returns in late April, since, just like Supergirl and The Flash, Arrow is taking a month off from here. Fortunately, “Disbanded” continues to have the show soaring on an especially awesome high note, as Oliver cements the Bratva as his enemies, while Prometheus only becomes more dangerous than ever, now that his secret identity is known to the public. Even without nefarious sorcerers and multi-centennial warlords coming for it this time, Star City is still going to be in for one brutal battle in the season’s final handful of episodes, as Oliver stands to resolve his dark past once and for all!