Legends of Tomorrow seemed to paint the picture of its titular team having already lost after the Legion of Doom got their hands on the Spear of Destiny, and successfully re-wrote reality a couple of episodes ago. Even then however, and after the tragic death of Amaya during the previous episode, the Legends have one last chance to defeat the Legion and set the world right. This week’s season finale, “Aruba”, had the team breaking the one cardinal rule of time travel to save history, and fortunately, it managed to close out a superb season on a fittingly superb note!

Despite Rip and the Waverider being shrunken down at S.T.A.R. Labs, Rip eventually manages to get away and warn his team about his and the Waverider’s dire state. After a quick break-in at S.T.A.R. Labs, the team manages to restore Rip and the Waverider to normal size, and subsequently speed off to France, 1916 again, with their mission being to change history so that the Legion never finds the Spear of Destiny. Thankfully, this didn’t at all feel like a re-tread of, “Fellowship of the Spear” from a couple of weeks ago either, with this season finale presenting a very compelling new conflict that put the Legends to arguably their greatest test yet, even as they return to a time period that they very recently visited. 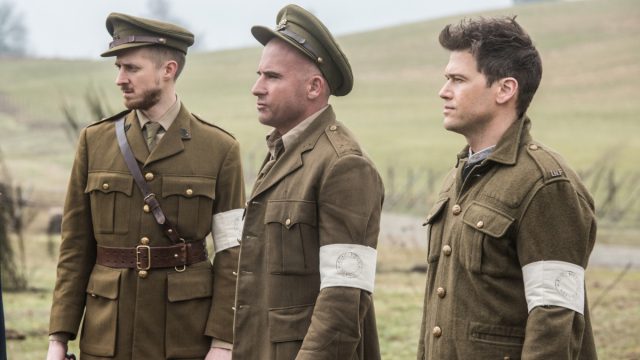 Since the Legends are revisiting an exact moment of time where they already traveled to, they have to avoid interacting with their former selves, to avoid drastic damage to the fabric of existence by creating a time paradox. Initially, this seems to go fairly swimmingly, with Ray immediately finding his way back to the Blood of Christ, only to get it snatched away from him by Eobard Thawne! In a surprise twist, Thawne actively expected the Legends to enact their current plan, and then rushed back to meet them in 1916 again, destroying the Blood of Christ for the second time, and even ripping out Ray’s heart, killing him where he stands!

This was a very shocking moment that represents the Legion and Thawne at their most truly dangerous. It also highlighted some defining stakes for the team, as they are forced to realize that, even if they’re successful, the changes to history will write them out of existence. It’s a one-way ticket for everyone, and this had the Legends truly working to earn their titles. The fact that Thawne anticipated their next move, and brought the rest of the Legion with him, only makes matters more difficult as well. Pairing that with the destruction of the Blood of Christ also seemingly indicates that the Legends have well and truly lost this time, just in time for their past selves to discover them, leading to time anomalies that prevent them from leaving the time period, disabling the past incarnation of the Waverider due to a ‘Time Storm’. 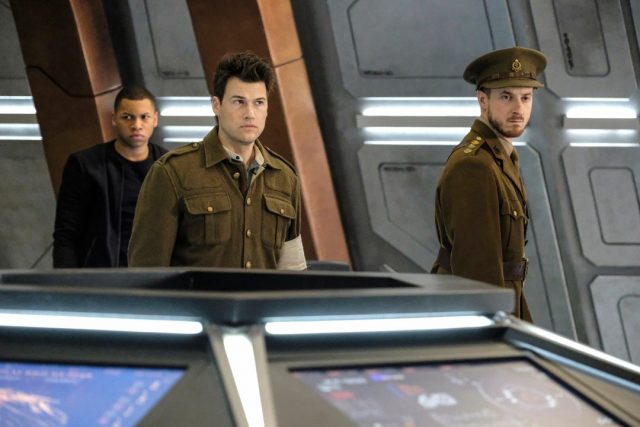 The race is then on to reach the other Waverider and get the Spear of Destiny on to it, which has both incarnations of Legends trying to dodge the assaults of Merlyn, Darhk and Snart. Even as they manage to subdue the villains though, Jefferson, Nate and Mick are all killed, leaving only their past selves to keep running. Even when they do near the Waverider though, Thawne is there to greet them again, this time bringing every incarnation of himself out of time that was previously created to dodge Black Flash! Hopelessly surrounded and unable to stop the army of Thawne’s, Sara is thus left to use the Spear herself, which results in a nice little moment of Laurel appearing in a small cameo, to assure Sara that the Spear doesn’t need one pure of heart, but instead one simply strong enough to do the right thing. Granted, it’s pretty unrealistic that Thawne wouldn’t go for the Spear right away, and would just let Sara stand there with it, having a fantastical chat with her dead sister. I suppose it’s another thing you can chalk up to his incredible, if ludicrous arrogance as a villain though, something that he has, admittedly, displayed several times already between both The Flash and Legends of Tomorrow.

Whatever the case, Thawne eventually grabs the Spear from Sara, only to realize that she used its own power to render it useless, erasing ‘Doomworld’ from the timeline. This also results in Black Flash finally catching up with Thawne, as Sara also cleverly tricked him into lingering too long in the time period on account of trying to stop the Legends. With Doomworld erased, Black Flash is free, and as a result, it finally erases Thawne from existence once again, taking out all of his other selves in the process. This once again seems to be a pretty irreversible end to Thawne, after he was already erased from existence at the end of the first season of The Flash, but it’s likely that he’ll still find another way to menace the DC Television Universe in the future. At this point, it doesn’t look like Barry Allen’s big disappearance from 2024 is being removed from events to come. 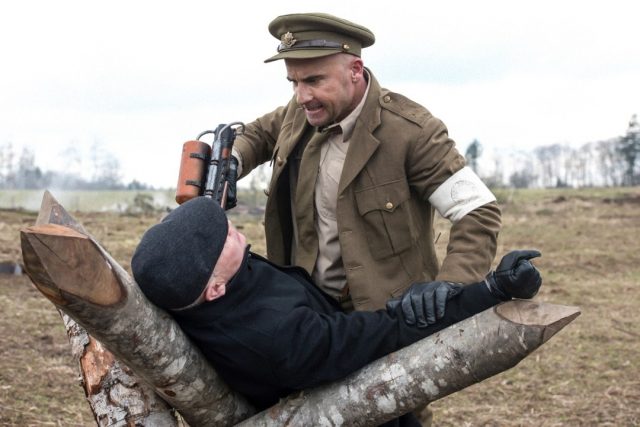 With Thawne destroyed, the Spear de-powered, and the rest of the Legion subdued, Sara is left to declare that Legends never die as she fades out of existence, leaving all of the past Legends, including Amaya, surviving to fight another day. Yes, it slightly sucks that Amaya’s death didn’t stick, with her need to return to 1942 even seemingly cast aside, but this was still a cool and fitting end to the Legends’ efforts against the Legion. Merlyn is deposited back in 2017 (hopefully leaving him open to re-appear on Arrow soon), Snart is deposited back in 2014, and Darhk is dropped back in 1987. Merlyn is dropped off-screen, sadly, but the re-depositing of Darhk and Snart results in two great scenes with Sara and Mick, respectively, as both come to terms with setting into motion events that will still result in tragic losses for both of them. In doing the right thing though, Sara and Mick decide that the team deserves to go to Aruba at last, as per Mick’s demands!… Only to be knocked out of the Time Stream into an altered Los Angeles, 2017, where dinosaurs roam, and the city appears to be heavily forested over. The episode and the season then ends with the team wondering aloud from here if they, “Broke time.”

This ending feels a little abrupt for a season finale, disappointingly, especially when Rip makes another hasty, ill-explained exit from the Waverider immediately beforehand, much like Kendra and Carter did at the end of Season One. The Los Angeles, 2017 muck-up however does feel like a subtle hint as to how The CW’s hopeful new DC series, Black Lightning may be inducted into the DC Television Universe, since the Legends’ time-meddling could alter history to result in Jefferson Pierce becoming his superhero alter-ego, particularly with that potential show confirmed to take place in Los Angeles. It’s speculation on my part, but the Legends having to break history all over again to fix it could be a subtle, Flashpoint-inspired way to explain how Black Lightning was added to this shared TV universe. Granted, producer, Greg Berlanti did previously claim that Black Lightning wouldn’t share a universe with the trio of DC Television Universe shows or Supergirl, but that was back when the show was set up at FOX, not The CW. Things could, and likely will, change if the show is picked up by The CW, since it’s unlikely that DC fans would be content to leave Jefferson Pierce in his own private universe, especially after Supergirl found a way to cross over into the main DC Television Universe of Arrow, The Flash and Legends of Tomorrow.

Regardless, “Aruba” presented a really cool, somewhat heartbreaking, but nonetheless heroic way for the Legends to finally defeat the Legion of Doom and the save integrity of time, providing a heartfelt and exciting way to conclude Legends of Tomorrow’s excellent second season. Everyone sacrificing their lives in the name of fixing history, leaving their past selves as the one and only Legends, was a really inspired way to have the team earn their name, while also definitively proving that they are worthy heroes who can stand alongside the likes of the Green Arrow or the Flash. The abrupt, bizarre ending of the episode is a little frustrating, since it seems to smash cut into a heavily altered third season without much in the way of answers until the show returns this Fall. Whenever we see them again and however the team looks in Season Three though, I can safely say that this band of underdogs have officially become the best dark horse heroes of the DC Television Universe!