NOTE: Spoilers from throughout the seventh season of, “The Walking Dead” are present in this review

The Walking Dead may still be the #1 most watched show on television right now, but it’s becoming apparent that it may not be holding that status for much longer. The show saw a considerable ratings decline in Season Seven, and after watching the season through to completion, it’s really apparent as to why the series appears to be bleeding quite a few viewers. After Season Six previously proved to be very uneven, not to mention over-dependent on cheap, audience-demeaning trickery, Season Seven contributed a new batch of problems that led to it being an even less satisfying season, despite the proper introduction of a major villain from the Walking Dead comics to the show’s world.

As frequently predicted, Jeffrey Dean Morgan’s portrayal of new arch-villain, Negan was the easy highlight of Season Seven, a season that moved at an infuriatingly plodding pace, and didn’t ultimately accomplish much of anything. Morgan’s Negan was tossed in whenever the show needed a shot in the arm, which was very often in the rather dull Season Seven, but in the process, The Walking Dead clearly started leaning on Negan as a crutch during the season’s front half especially. The back half used Negan a little more sparingly, but even then, it pretty much limited the character to be an entertaining, yet repetitive antagonist, whose schtick always amounted to being a smiling thug with a baseball bat. Sure, Morgan was great at making Negan unpredictable and fun to watch, but he can only carry so much of an entire TV season by himself.

Another better point of Season Seven however came from better expanding the scope of the show’s post-apocalyptic world. We’ve already seen some of The Hilltop, which continues to be run by the frustratingly ineffectual Gregory, but in Season Seven, we were also introduced to The Kingdom, a LARP-flavoured society ruled by former zookeeper, King Ezekiel. The Kingdom was pretty entertaining at first, and injected some welcome light-heartedness into the show this season, but it was also somewhat ruined by having to drag out story turns as much as any other corner of the series lately. With King Ezekiel arbitrarily refusing to take the fight to Negan until the season finale more or less, The Kingdom mostly just served as a place to hoard Morgan and Carol, with Carol even moving to a cabin on the outskirts for most of the season, because she doesn’t want to kill again. Yes, that shit again. We are thoroughly sick of Carol’s occasional lapses into pacificism, AMC, especially when they never last. Stop it.

We also meet a couple of other new factions in Season Seven, though neither ended up serving as more than passing plot devices. After being separated from the rest of Alexandria, Tara stumbles upon an all-female settlement called Oceanside, a faction that was also featured in the source comics, which eats up an entire episode (this is meant to explain Tara’s absence for the time that actress, Alanna Masterson was on maternity leave), only to serve as an excuse to tie up another pointless story thread towards the end of the season. It was also an excuse to shuffle off Heath, so that actor, Corey Hawkins could star in FOX’s 24: Legacy this season. Heath wasn’t killed off, since the showrunners clearly have ideas for him later, but who knows if we’ll ever see Hawkins on this show again, since he could be on 24: Legacy for years, for all we know. 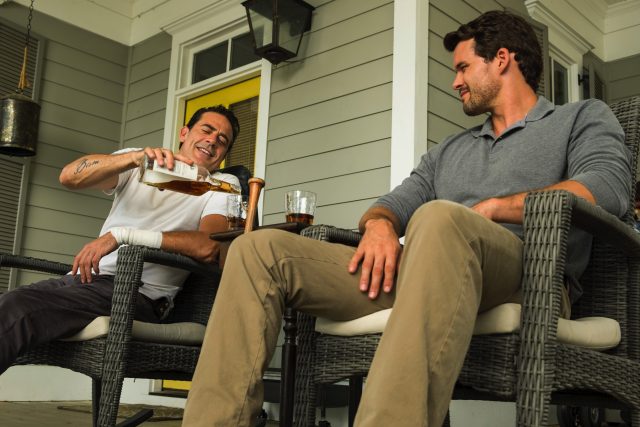 The aforementioned pointless story thread comes via the Scavengers, an eccentric-speaking society that lives in a garbage dump, led by the enigmatic Jadis. These literal garbage people only existed to force a huge heel-turn in the season finale, so that Rick and co. obviously didn’t win their war against Negan’s gang, the Saviors yet, after being forced to deal with them because they somehow snatched Gabriel in the night. Jadis and the Scavengers don’t exist in the source comics too, and were completely made up for the TV show, which is fairly blatant, honestly. They’re a pure plot device faction that really didn’t need to be there, and were only placed in the season because the writers kept writing themselves into corners with the Saviors throughout Season Seven.

You might notice that I’m not really talking much about Rick and the Alexandria crew this season. Well, that’s because they’re barely worth mentioning, which is another damning flaw of Season Seven. After the big, gruesome and torturous season premiere that saw Negan brutally killing both Abraham and Glenn with his bat, the noteworthy developments with Alexandria almost completely stopped. Rick spent the entire front half of the season moping and giving up on battling Negan, only to finally find his backbone in the season’s back half… Before he and his close allies were almost entirely pushed into the background, as Alexandria spent most of that part of the season trying and failing to find enough resources and people to actually fight Negan. The fact that Alexandria had very little to do this season was exacerbated by the fact that we had to spend three, yes, three, episodes that all involved one of the Alexandrians spending the entire story in Negan’s base, Sanctuary. These were some of the better episodes at least, but they highlighted more than anything else how boring Alexandria has become in Season Seven.

Oh, and if you were hoping that at least some high-profile blood would be spilled in Season Seven, even that didn’t end up being true, at least beyond Abraham’s and Glenn’s murders in the season premiere. Most of the season’s character deaths were for lacklustre personalities that had either no development or no appeal. Negan gutting Spencer in Alexandria was a decent moment that called back to the source comics nicely, but Spencer is a douche, and the rest of the Monroe family is dead now, so it was difficult to care about this. Likewise, Olivia getting shot shortly afterward would no doubt barely have viewers batting an eye. Who is Olivia, you may ask? Exactly! You might not even remember, since she was suddenly treated as a Denise surrogate of sorts that was awkwardly tossed in this season, and barely given any worthwhile development before she died.

The one noteworthy death beyond Abraham’s and Glenn’s was Sasha’s demise, which occurred after she took a poison pill and turned herself into a Walker in the season finale, in a failed effort to assassinate Negan. This was fairly dramatic, but considering that actress, Sonequa Martin-Green took the lead part in CBS’ upcoming Star Trek: Discovery, most genre TV enthusiasts already would have known that Sasha wouldn’t survive the season. Sasha doesn’t even exist in the source comics anyway, so it’s not like the showrunners limit their adaptation prospects in episodes to come by killing her off. 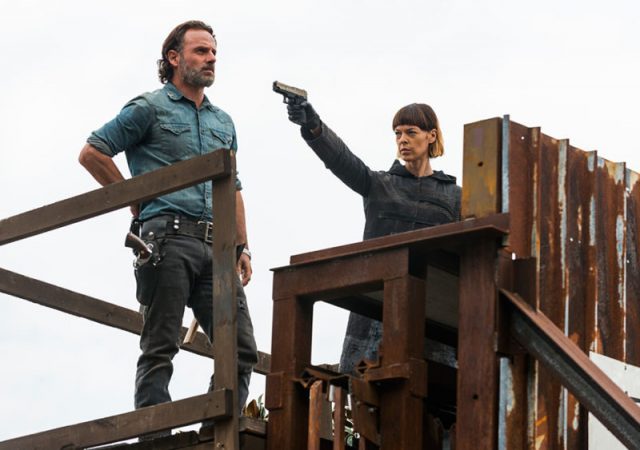 In the end, Season Seven as a whole felt like its only purpose was to set up Season Eight, which The Walking Dead was renewed for before Season Seven had even started. It’s like the main series has suddenly started adopting the most frequent weakness of spin-off, Fear the Walking Dead, namely by having tons of buildup with no real payoff. There were some good moments here and there in Season Seven, and the unrelentingly brutal season premiere was at least a pretty good conversation piece, but overall, this was a dull, plodding and sluggish season that just ended up feeling way too pointless and drawn-out by its conclusion. This decreased quality, paired with so many ex-viewers abandoning the show during this season, makes apparent that The Walking Dead’s TV adaptation is in dire need of creative invigoration. Negan is awesome, and I’m glad he’s living on in Season Eight, but Negan alone doesn’t make this show worth watching.

The Walking Dead: Season Seven Review
The Walking Dead's seventh season offers the fun addition of Negan and a decent expansion of the show's world, but it's far too dull, slow-paced and unsatisfying to feel all that entertaining.
THE GOOD STUFF
THE NOT-SO-GOOD STUFF
2017-04-08
65%Overall Score
Reader Rating: (0 Votes)
0%