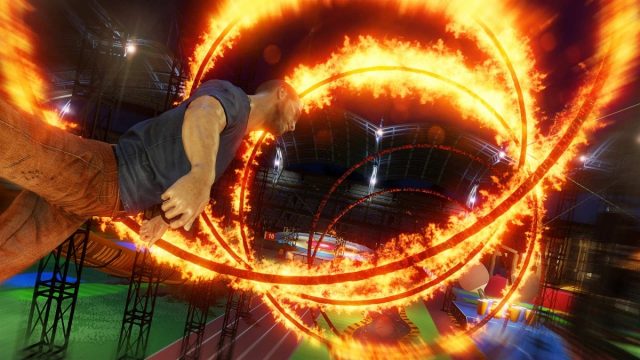 If you’ve been in the mood for some non-traditional, balls to the wall racing, then Kylotonn Games may have just what you’re looking for. That is, FlatOut 4: Total Insanity, the awaited return of the cult classic racing franchise, which favours ragdoll mayhem over things like seatbelts and safety.

Released today in North and South America, FlatOut 4 comes to us from a new development team who’ve made an effort to bring the once beloved series back to its roots in time for its PlayStation 4 and Xbox One debut. This means that fans can look forward to lots of destructible racing and demolition derbies, as well as colourful minigames that task you with ejecting your driver for maximum points.

See below for a list of all of the game’s bullet point features: