Some say that video games aren’t art, but those of us in the know are aware of how wrong that viewpoint is. Hell, since the early days, video games have been pushing the boundaries of technology, visual design and general art in jaw-dropping ways. Of course, as the months, years and decades have progressed, things have become even more stunning, impressive and near photo-realistic, allowing the medium to flaunt its muscles more and more.

That said, as much as I love (and have loved) classic video games, today’s industry has become a lot more adept at storytelling, especially when it comes to dealing with mature subjects like love, loss and the resulting grief. In fact, recent years have given us quite a few great examples of this, including titles like Brothers: A Tale of Two Sons, Blackwood Crossing and That Dragon, Cancer. Now, there’s another excellent experience to add to that list, that being The Unfinished Swan developer Giant Sparrow’s What Remains of Edith Finch.

Developed in sweltering Santa Monica, California, What Remains of Edith Finch is best described as an interactive narrative with walking simulator mechanics. Don’t let that scare you away, though, because it’s far from boring. In fact, the developers took great care to make their sometimes sad tale enjoyable to play, and achieved their goal by creating lots of varied gameplay mechanics. The result is a walking simulator unlike any walking simulator I’ve ever played before.

From beginning to end (which is a journey that takes about two hours to complete), players control the titular Edith Finch, who’s returned to her family home after years away. At age seventeen, she’s finally decided to venture back to the oddball house in the woods which she used to call home, after inheriting a key (and no related instructions) from her unfortunately deceased mother. It’s this quest to find the fitting lock that begins a colourful journey through the famous Finch clan’s incredibly colourful family tree.

Before we continue, what must be made known is the fact that this particular family is unlike any other. In fact, not only is it weird, but it’s also cursed, meaning that most of its lineage have died young. On top of that, most of their deaths have been colourful, peculiar and downright remarkable.

The Finch family also has a tradition of keeping secrets from one another, along with a tendency to board up someone’s room once they’ve passed. What this means is that, despite living in the home for some time, Edith has never been inside many of its locked rooms, nor has she seen the historical artifacts that they hold. This creates the crux of What Remains of Edith Finch‘s gameplay, as our young protagonist must explore the house by finding all of its secret nooks and hidden passageways.

Upon entering someone’s room, the player is greeted with lots of spoken dialogue about who that person was, what they were like (well, everything that Edith knows about them), and what they did during their mortal coil. It’s after that, and the discovery of one or two important personal items, that Edith disappears and the player gets to become each of the lost family members. Even more interesting: We get to be them prior to and during their time of death. 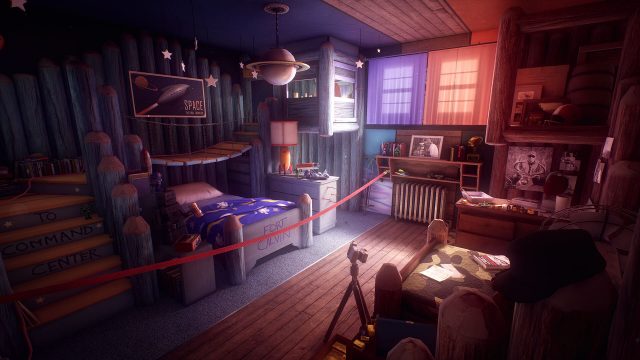 Needless to say, it’s an interesting premise that you won’t soon forget, especially given the quality and artfulness with which it’s all told.

I don’t want to say too much more, because I’d hate to be the one who spoils What Remains of Edith Finch for anyone. Just know that, although they’re often morbid and sometimes sad, each family member’s death exists as both an interesting and entertaining experience. They’re all different and unique in their own Finch way, too, meaning that you’ll never get bored of doing the same thing over and over again. Hell, I’m positive that you won’t, and that you’ll be surprised by just how creative things get.

It’s the quirkiness of this cursed family, who once emigrated from Scandanavia, that is most endearing about this game. There’s simply nothing like the Finch family — at least, in terms of what I’ve experienced in both the real world and the many hours I’ve spent glued to some sort of fiction. Their stories are just so unique and incredibly rich that they’re tough to beat, and will be impossible to forget. Hell, even the family stoner (who had one of the worst jobs anyone could imagine doing) gets to be a highlight as opposed to a cliche thanks to some wonderful storytelling.

The highlight of the experience, though, is the death of the family’s famous child star, whose incredible scream earned her fame and fortune at a young age. Her scene will forever live in my memory banks, because it combines some of my favourite things: classic horror movies, scary comic books and Tales From the Crypt.

Yes, you read that right. They even went so far as to buy the rights to Halloween‘s unforgettable theme song. How bad-ass is that?

Once again, don’t let the game’s walking simulator roots scare you away. Although you’ll be doing a good amount of walking, you won’t always be on two feet, nor will you always be slowly traversing closed-in environments. The adventure begins in a forest, moves to one of the weirdest houses you’ll ever see, then takes many jaunts into the realm of the weird and wonderful with majestic grace. At one point, the player even gets to be a hungry owl, of all things. 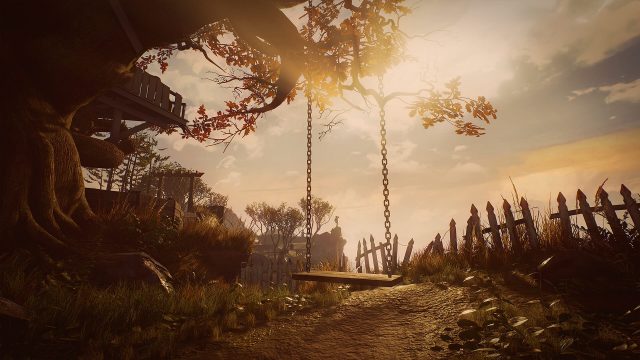 All of the above is wrapped up in a beautiful package, which infuses this quirky tale with detailed environments, gorgeous art design and a great wealth of vibrant colour. Each wing of the Finch house screams personality, and no two rooms are the same, both by construction and design. They’re not meant to be, either, as each one is supposed to showcase its owner’s unique personality traits, of which there are many. What helps, then, is that the audio is also up to par, offering some very good voice work to go alongside rather impressive writing. Furthermore, it all runs quite smoothly, with only the odd frame rate hiccup to complain about.

I guess it goes without saying, but it’s impossible for me to not recommend What Remains of Edith Finch to just about every person on this planet. I know it’s a cliche to say, but there’s truly something here for everyone, and this is a game that expertly transcends its medium with everything that it has to offer.

You really need to play this one, my friend.

**This review is based on the PlayStation 4 version of the game, which we were provided with.**