Gotham feels like it’s starting to lose a bit of momentum in the lead-up to its season’s climax, and sadly, that appeared to be continuing in this week’s episode. “Light the Wick” already seems to be wrapping up Gordon’s time with the Court of Owls, which feels rather brief, especially as their endgame already appears to be laid bare. The return of some fan-favourite characters at least made up for some of this episode’s stumbling blocks, but sadly, this was another weaker episode of Gotham for this week overall.

Right from the beginning however, we do get an episode highlight, as Captain Barnes is brought out of Arkham Asylum by the Court of Owls. Hugo Strange is also taken against his will, allowing both characters to make their anticipated return to the series. This development finally brings around the Court of Owls’ involvement in Indian Hill, which hasn’t been brought up much on Gotham lately, especially since the Court’s endgame seems to be tied to the Alice Tetch virus. 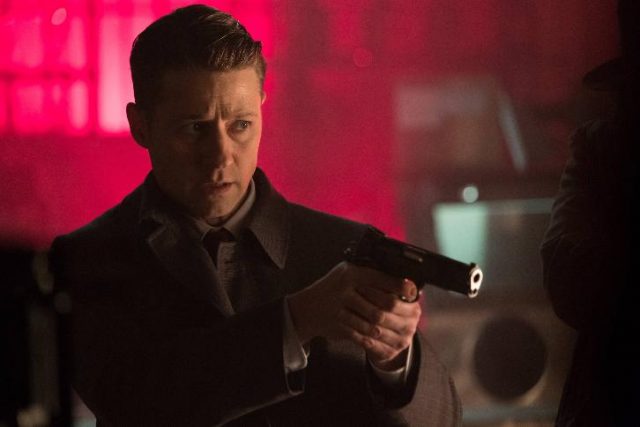 The grand plan of the Court isn’t a bad one either. Using the Alice Tetch virus to make Gotham City tear itself apart, due to its, “True nature” being exposed, is a nice way to bring the events of ‘Mad City’ back into Season Three’s back half, and feels like a light homage to 2005 movie, Batman Begins in turn. That’s probably going to feel even more evident when Ra’s Al Ghul makes his way to the show, which should be happening any time now. I still wonder if Ra’s Al Ghul has some sort of involvement with Bruce Wayne’s training, to complete the Batman Begins nods in Bruce’s personal development as the future Batman, but I suppose we’ll have to wait and see later.

Unfortunately, Bruce’s training hit a bit of a snag this week, being the subject of one of several disappointing subplots. The Shaman is continuing to have Bruce train, only to tell him that he’s being held back by his rage. After a brief flashback, he makes Bruce lock away his emotions in order to feel nothing, leaving him primed to be the so-called, “Protector” of Gotham City. That’s well and good, but the idea of Bruce having to overcome his anger feels too on-the-nose and overdone in his journey to becoming Batman, so it’s not satisfying. Likewise, the episode plays it off as a twist that The Shaman is working for the Court of Owls, and might be training Bruce for a sinister purpose. Well, no shit! That really wasn’t a surprise, considering that Bruce’s kidnapping by the Court was perfectly timed with his new training regimen under The Shaman. 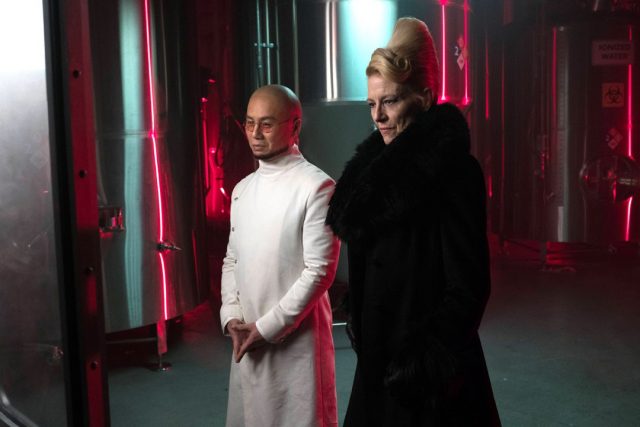 Leslie is also continuing to annoy in this week’s episode, as she continues to pursue her bull-headed vendetta against Gordon. Leslie continues to try and get the truth out of Bullock, and later Lucius, who both try to protect her from what Gordon is really up to. Nevertheless, Leslie rules Frank Gordon’s death a homicide, which is bullshit, since there should logically be absolutely no evidence to suggest that. We even clearly saw Frank shoot himself, so this just makes Leslie look like an emotional, unhinged idiot. Why the hell is Bullock not forcing her to take a leave of absence for behaviour like that?! Moreover, it still remains very out-of-character for Leslie to be so blatantly unprofessional in her work. It’s almost a relief to have her throw a fit and quit the GCPD towards the end of the episode. Good riddance! I mean, I figure she’ll be back eventually, but if she’s going to be a giant headcase about losing Mario, then she’s better off gone until she smartens up!

We also got Penguin back in the picture, who now makes contact with Gordon in an effort to be pointed towards Nygma. Not much currently comes of Gordon knowing that Penguin is alive again, but this did create a convenient Deus Ex Machina for when the Court unleashes the (extremely conspicuous, seriously, how stupid are the socialites of Gotham City?!), virus bomb, which they force Gordon to watch as a test of loyalty. Gordon, obviously, blows the operation to save everyone, confirming to the Court that he’s not loyal to them, and priming Kathryn to send Barnes out to kill him in next week’s episode. It might be cold to say, but that might not have been the best choice in this situation. I get that Gordon is the defining, “Hero cop” of Gotham City, but in saving these 200 people, he might have doomed hundreds of thousands of others. I’m sure that the show will come up with some excuse for Gordon to save everyone again (even if it would be more interesting to have Gordon saving the socialites come back to haunt him eventually), but I have a feeling that Bullock won’t be pleased about Gordon blowing the infiltration that he, Gordon and Lucius all worked so hard at perpetuating to save the city. 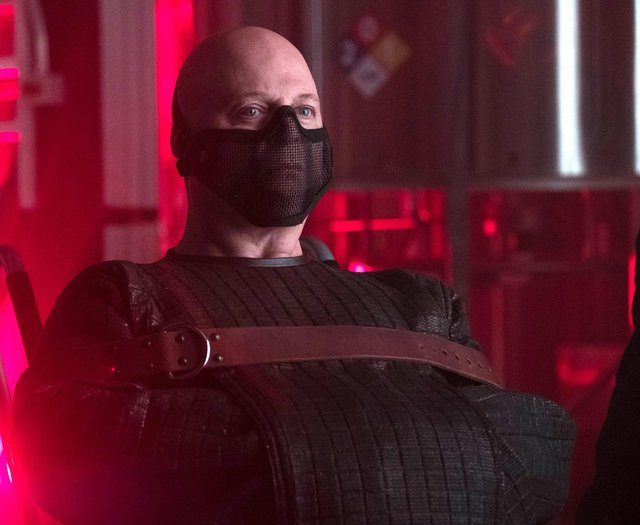 Finally, Selina wakes from her coma at the end of the episode, with some help from Ivy, but that’s simply a lead-in to next week’s episode, with Selina immediately getting out of the hospital bed to announce that she’s going to Wayne Manor to kill Bruce’s clone. Fair enough. Penguin also ends up imprisoned by the Court of Owls after saving Gordon, plus having Firefly kill Talon while Gordon saves the rich folks, and better still, he ends up imprisoned next to Nygma! This is actually a great turn, since Penguin being so close and yet so far from Nygma, while the two are also forced to work out their issues, should hopefully create a better villain-centered storyline next week, if it’s not withheld for later.

Still, “Light the Wick” nonetheless ended up being somewhat of a disappointment, since it relied too much on character contrivance to push the story forward, especially when Gordon ends up blowing his infiltration effort to save a handful of rich people. Bruce’s latest character turns were pointless, as was the reveal that The Shaman is working for the Court of Owls (duh), while Leslie is starting to become genuinely insufferable at this point, even if she does thankfully leave the GCPD at the end of the episode. There have certainly been worse episodes of Gotham, but it feels like the show is entering a bit of a rough patch as it moves towards the season’s climax. Hopefully that doesn’t go on for too much longer, since there’s no doubt enough episodes left in Season Three to send off arguably the show’s strongest season to date on a strong note.

Gotham 3.18: "Light the Wick" Review
Gotham somewhat disappoints this week, as Gordon blows his operation with the Court of Owls, while Bruce treads too many familiar beats in his training.
THE GOOD STUFF
THE NOT-SO-GOOD STUFF
2017-05-15
70%Overall Score
Reader Rating: (0 Votes)
0%