NOTE: Some spoilers for the second season of, “Sense8” are present in this review. That said, the review is written to accommodate those who have not yet watched the season, and as such, will avoid discussion of major plot developments.

Sense8 currently stands as one of the strangest and most intriguing shows in the Netflix Original Series catalogue at present, and that’s saying quite a lot. The series’ first season was received well by most of those who watched it, but was largely contained to a devout cult audience, especially when the season drew mixed reviews from many critics. I was among the critics that found Sense8’s first season a bit too slow-paced, unfocused and self-indulgent, but nonetheless recognized its potential to improve, especially when the series turned out a noticeably better Christmas special at the end of last year.

After a slight delay, and a belated renewal that came down to the wire though, Sense8 has returned for a 10-episode second season, not counting the Christmas special from last December, which is considered the unofficial first episode of the season. Reducing the episode count might seem like a bad sign at first, especially given this show’s high production expenses and cult audience, but fortunately, as is the pattern with many especially creatively ambitious Netflix shows that deliver shaky first seasons, Sense8 does considerably improve in its second season, offering more focused and engaging storytelling, while also providing more creative and satisfying use out of most of the lead cast. 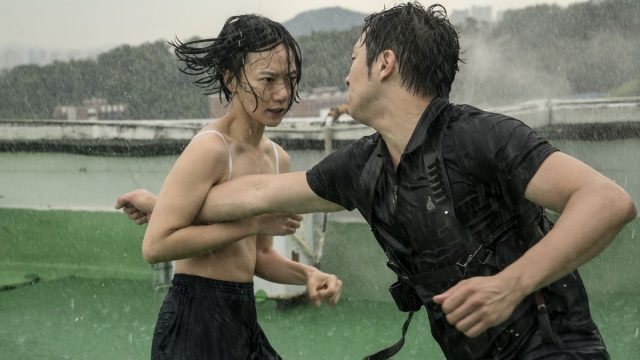 I say most, because the show still isn’t perfect by any means. Sense8 is still a little too pretentious and overdone for its own good at various points in Season Two, and there are moments where it goes too far with being preachy. That said though, the ten episodes that comprise Season Two proper generally feel better-paced and more exciting, with the show getting off-track noticeably less often than it did in Season One. Some of this is due to the characters being better established and better having a handle on their cluster’s Sensate powers, but most of all, it feels like the Wachowski sisters and fellow creator, J. Michael Straczynski did take some of the less positive feedback from Sense8’s first season to heart, which has helped to make the show better, plus more palatable to general Netflix subscribers.

It also helps that the show’s main villain, the creepy and sinister Whispers, is bound to Will Gorski in the second season, and thus comes to torment the cluster through Will at clever, dramatically apt points in the story. The attempts to block out Whispers and stay on the run do often keep Will feeling indisposed in contrast to most of the other main Sensates, but this is probably because so much of Will’s story was already explored so diligently in Season One. Riley also feels pretty considerably pushed into the background in contrast to the other Sensates, due to her necessary story developments also being run through pretty diligently throughout Season One, though she does provide an effective supporting personality for Will, and her cluster at large in Season Two. 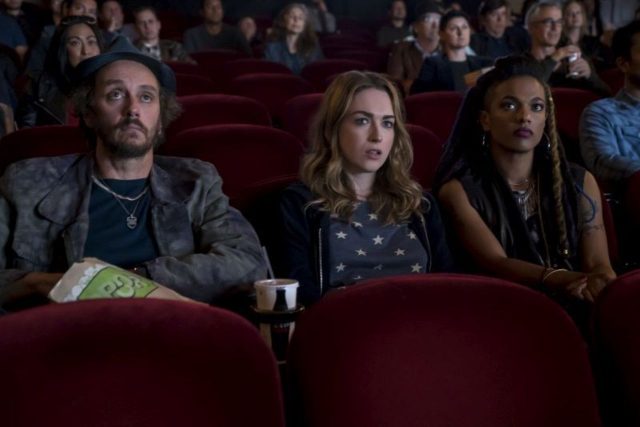 Season Two of Sense8 instead seems to give the most focus to Sun, Lito, Wolfgang and Capheus, who feel like they have the biggest and most memorable story arcs of the season, even if some are better than others. Sun, Wolfgang and Capheus definitely seem to boast the strongest and most compelling storylines in Season Two, as Capheus finds himself drawn into a political battle for Kenya, Sun tries to take revenge on her treacherous brother, and Wolfgang starts becoming a target by another Sensate, who introduces cross-cluster communications. The ability to have multiple Sensate clusters all communicate and interact with one another effectively increases the scale of the show, even if it does somewhat diminish the importance of clusters. If any Sensate can communicate with any other Sensate they come into contact with, what’s really the point of clusters when it comes down to it? Are they just a gateway drug now?

Still, another high point from Season One, the action scenes, continues to be fantastic in Season Two. Even if they do get pretentious and distracted at times, the Wachowski sisters do know how to choreograph stylish action very well, which is especially apparent during Sun’s and Wolfgang’s storylines. When Sense8 puts aside the dramatic pretense, and fully commits to being a psychologically twisted sci-fi thriller, it really excels, especially with both Wolfgang and Sun finding interesting threats of their own during Sense8’s second season. Some of these threats even nicely pave the way for a potential third season of Sense8 by the end, which doubles down by having this second season end on a cliffhanger. Netflix has yet to renew the show for a third season however, so we’ll have to see if that ultimately comes to pass, considering how expensive Sense8 is to produce.

The action and thriller elements being highlights however doesn’t mean that the drama never works, since Sense8 can be very heartfelt and emotional, particularly for viewers that are part of the LGBT community, when it really gets a character moment right. Granted, not every character moment is realized perfectly even in Season Two, since some Sensates clearly get more focus than others this season, while Lito and Nomi in particular suffer from slightly clunky, heavy-handed drama throughout several of their more serious story turns, which can make them feel a bit too exaggerated and unrealistic. Nomi is the only Sensate that feels like she sometimes loses a step in Season Two, since she’s mostly treated as a Deus Ex Machina during the main story events about investigating and evading both Whispers and BPO, but she’s still a pretty good character overall, even if she starts being outpaced by highlight characters like Sun and Capheus in Sense8’s second season.

If you didn’t like the first season of Sense8, the second season is improved enough to merit giving the show another chance, especially if you had a more favourable opinion towards last year’s Christmas special. That said, if you really don’t like artsy sci-fi media that’s packed to the gills with social commentary, and just want something more brisk and fun, than Sense8 still may not be for you. It’s great to see that the show has made some strong improvements in Season Two, even if some of its story arcs are better than others, and some moments do come too close to being self-congratulating nonsense, rather than genuine human insight. I’m not sure how much longer Netflix is willing to keep Sense8 going for, but at the very least, it deserves one more season to wrap up the many ongoing storylines that are left dangling by the end of Season Two. Maybe it won’t be that lucky, but I’m hoping that this isn’t the last we see of this Sensate cluster, which is certainly more investment than the first season of Sense8 left me with!