NOTE: Spoilers from throughout Season Three of, “The Flash” are present in this review

After a superb first two seasons, The Flash stumbled a bit more in Season Three, dragging it beneath a couple of other competing comic book dramas during this television season. Thanks to a weirdly-paced front half, an overly drawn-out villain mystery, and a greater frequency of confused, ineffective story arcs, the show did lose a step this season, though still offered enough entertainment value and satisfying character drama to stand out among The CW’s crowded lineup of genre shows, DC-inspired or otherwise.

The Flash certainly had plenty of high ambition for Season Three, as the season begins by having Barry change the timeline, in a story turn inspired by DC Comics’ beloved Flash graphic novel, Flashpoint. By saving his mother’s life, and thus also his father’s, Barry created a seemingly idealized future for his family, albeit also one where he didn’t know Iris, and Wally ended up becoming The Flash instead of him. After Barry’s memories of his former life begin to fade however, and Wally ends up gravely injured by his own Reverse Flash counterpart, The Rival, Barry has to entrust Reverse Flash to restore his mother’s murder for him, in turn also creating big consequences for the most recent and excellent second season for sibling series, Legends of Tomorrow. 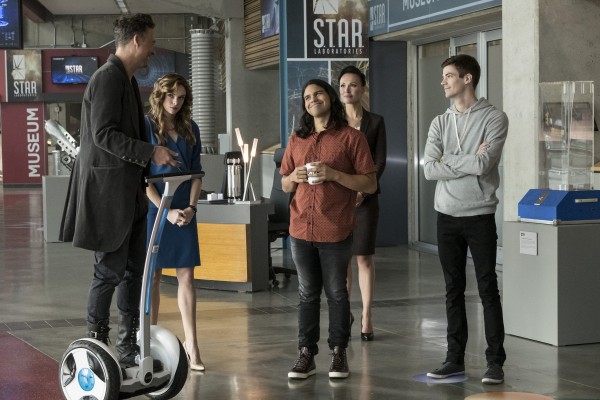 Most of Season Three of The Flash involved Barry having to face and atone for his selfish manipulation of the timeline, which, even when corrected, changes the lives of Team Flash in several unexpected ways. In the revised present, Cisco’s brother has now died in a car crash, the Diggle family from Arrow now has a son instead of a daughter (addressing a small plot hole from the first season of Legends of Tomorrow), and Caitlin now possesses icy powers and a split personality, setting up her eventual evolution into the proper Earth-1 rendition of Killer Frost. Various villains from the alternate timeline also begin showing up to menace Central City in the new present day, all connected back to a recognizable Flash foe from DC Comics lore, Doctor Alchemy, who in turn serves a mysterious speedster god called ‘Savitar’.

While Flashpoint felt too quickly rushed through and compromised in its small screen take for this show, it did nonetheless create some solid shake-ups for Team Flash. Caitlin really did eventually become Killer Frost, forcing Team Flash to have to battle against one of their own, while Cisco had to come to grips with Barry’s selfishness in his own way, having suffered the most difficult consequences as the result of Barry’s actions. The team also welcomed some new members in Season Three, between yet another Harrison Wells rendition, this time being H.R. Wells from Earth-19, and Doctor Alchemy’s avatar, Julian Albert, who was revealed to be being manipulated by Savitar the entire time. Tom Felton delivered a strong performance as Julian throughout the season, moving from a disagreeable work associate of Barry’s at CCPD, to a strong-willed and dependable member of Team Flash by the end of the season. That said however, the short-changing of Doctor Alchemy as a ‘fake’ villain in this universe was no doubt a let-down to many DC fans, especially when Julian’s Alchemy side seems to be entirely gone by the back half of the season.

It was also unfortunately true that Savitar took way too long to become a compelling villain. For much of the season, he was yet another tired speedster antagonist, shrouded in an impenetrable air of mystery that just failed to excite. The back half of the season created a small improvement in Savitar’s presentation, as he was shown to murder Iris in the near future, forcing Barry to once again try to take charge of the timeline to change the future and save the life of his fiancee. The eventual reveal that Savitar was in fact Barry himself, specifically a time remnant that was rejected as a fake in the future, leading to his obsession with becoming a god so that he can feel no pain, was a great way to call back to Barry carelessly using time for his own ends at least, with Savitar being born out of a time loop of Barry’s own desperation. Still, Savitar’s identity was revealed far too late, leading to a strong end for the season, though one that really should have been allowed to heighten the excitement more consistently, namely by having Savitar’s identity and agenda be made known earlier on.

Despite some of the noticeable flaws of this season though, the event episodes still generally turned out pretty well. The Flash’s crossover episodes were the best in the history of the series this season, with the show’s musical crossover with Supergirl being particularly amusing and memorable. Likewise, special events like Barry having to stop a psychic gorilla invasion from Earth-2’s Gorilla City, or visiting 2024 to try and look for clues about how to beat Savitar, often resulted in appropriately exciting and creative new turns for the show. There were also some more familiar villains from DC Comics lore that were established with plenty of potential for later, most notably recurring DC Comics Rogue, Abra Kadabra, whose comical nature and vast knowledge of Barry’s future as The Flash made him a welcome new addition to the series, one that I hope to see more appearances from soon.

Season Three also rarely faltered in terms of the character drama, not just with Barry, but with any given member of Team Flash. As Barry had to face the prospect of losing the woman he loves, Joe also found himself in a challenging new romance, as he struggles with whether to confess his affiliation to Team Flash. A relationship between Wally and Jesse also blossomed, one that occasionally hit its own friction, as Wally had to get his speedster abilities from Savitar, and Jesse eventually has to go away to Earth-3 to temporarily replace Jay Garrick, but one that also gave these two junior speedsters more heart than ever! Cisco also found new love with a ruthless inter-dimensional hunter from Earth-19 named Gyspy, seemingly the ideal match to his powered side as Vibe.

Of course, Cisco and Caitlin also struggled with love and loss throughout Season Three, which came to a head as Caitlin’s Killer Frost side was unleashed towards the end, though fortunately, she managed to at least find the means to keep her evil side under control after the defeat of Savitar, even if it meant leaving Team Flash to find her new self at the end of the season. Surprisingly though, it was H.R. that proved to be perhaps the biggest character highlight in terms of emotional impact, despite being disconnected from Flashpoint, with Tom Cavanagh continuing to remain one of this show’s best performers, as an all-new take on Harrison Wells that is not a genius and completely guileless, yet always found his own unique uses for Team Flash. H.R. grows on you well, and that means his sacrificing his life in Iris’ place at the end of the season was quite heartfelt and tragic, especially when his romance with Team Flash newcomer, Tracy Brand ends up extinguished before it can truly develop. 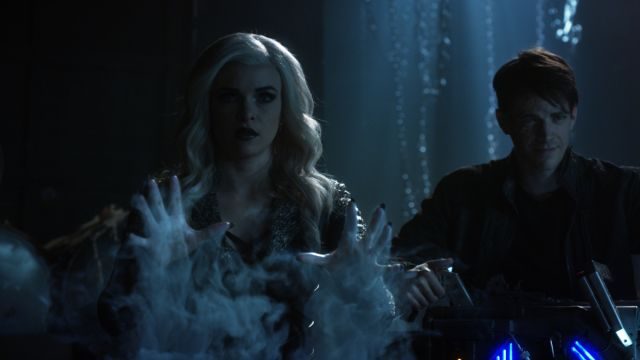 The ending of Season Three of The Flash, which has Barry go into the Speed Force to prevent its energy from destabilizing and threatening the world, seems to set up for a fourth season where Barry is no longer the central Flash character on the show, though that’s probably not going to be permanent, just like Flashpoint. The fact that the show can make a bold move like this really speaks to how effectively the supporting cast has become just as much the heart of the series as Barry himself, even if it means that Barry’s central arc wasn’t quite as strong as some of the supporting players throughout Season Three. The Flash is still nonetheless one of the best shows on The CW at present, even if Legends of Tomorrow and Arrow both ended up outpacing it in the shared Earth-1 DC Television Universe this season, meaning that this show might need a few tweaks before it can return to top form. With the promise of DC Comics villain, The Thinker menacing Team Flash soon however, there’s still plenty to look forward to in Season Four later this year, even if Barry might not be around for it right away.