With the necessary contrivances out of the way in the previous season finale episode, the second season finale episode for Gotham, the final episode of Season Three, was allowed to focus purely on wrapping up the rest of the season’s story arcs in a more clever fashion, while setting up for some interesting new ones. “Heavydirtysoul” was overall better than the episode that came before it, since it didn’t compromise the excitement, yet also felt that its storyline generally flowed better and made more sense.

There were no shortage of shocking developments in this episode either, as Gordon seems to fully give in to the virus, resulting in an appropriately grotesque way for the GCPD to get the means to make a cure. Meanwhile, the villains’ heavily foreshadowed war comes to something of a head, even if the Sirens crew and Penguin are ultimately the only folks involved. Still, this also provided a solid way to tie up many of Season Three’s ongoing storylines, as the Penguin/Riddler rivalry seems to reach a decisive end, as does the growing animosity between Barbara, Tabitha and Butch. 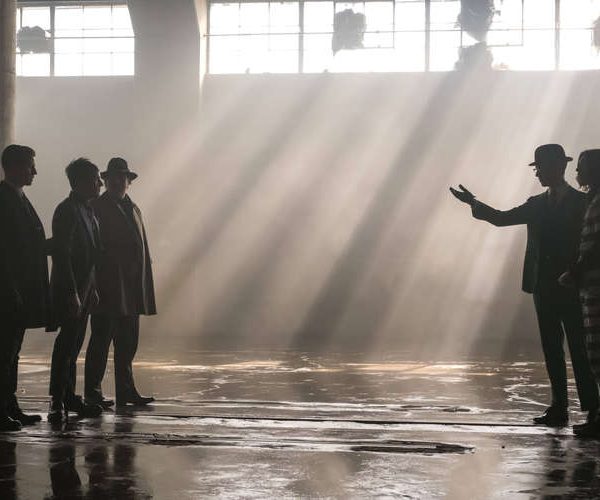 Unfortunately though, the Bruce arc mostly fizzles out in this episode, especially when it re-treads so much old ground. Ra’s Al Ghul quite literally just vanishes, no doubt primed to menace Gotham City at some future date next season, and naturally, Bruce does make use of the Lazarus Pit to heal Alfred enough to be rushed to the hospital. Boy, it’s a good thing that glowing liquid magically did what you hoped it would, eh Bruce? Regardless, the resulting events with Bruce hit way too many familiar beats, with Bruce yet again demanding that Selina run off for good (this no doubt won’t stick, again), and Bruce yet again struggling with the idea of Alfred dying as he’s laid up in the hospital. We’ve been over this way too many times, and frankly, it feels like the show just needed an excuse to bench Bruce at this point, since it didn’t know what else to do with him for the season’s final episode.

Fortunately, seeing Gordon become extra brutal and uncompromising, now that the virus has fully taken hold, still created plenty of tension and excitement on the GCPD’s end. Gordon literally slicing Tetch’s throat to get the blood necessary to develop a cure was delightfully twisted (Tetch obviously survives though, and is shipped back to Arkham Asylum off-screen), and Gordon temporarily giving in to the virus enough to try and run away with Leslie was also a legitimately tense moment. The show didn’t totally follow through though, since Bullock manages to get some cures to Gordon, and Gordon manages to push against the virus enough to cure both himself and Leslie. This has Leslie leaving Gotham City again at the end of the episode, though fortunately, Gordon was allowed to just stay at the GCPD for once, so only half of this story resolution was another re-tread, thankfully. It’s about time that the show just let Gordon be where he’s obviously supposed to be here, and didn’t scuttle him off somewhere else for the umpteenth time.

As for how things go down with the villains, there’s definitely a lot of craziness to cap off the season with! Disappointingly, the foreshadowing of a Harley Quinn forerunner didn’t ultimately come to pass (the scene in question may have been cut from the episode, so as not to tip off the proto-Harley’s identity for Season Four), but we still got some violent final confrontations between Penguin and Nygma, and Barbara and Tabitha. The final Penguin/Nygma stand-off is pretty great, as Nygma appears to get his usual upper hand, walking Penguin back to the same place where he almost killed him during midseason, only to have Penguin predict this action and have Nygma walk into a trap. After calling Mr. Freeze and Ivy Pepper, Freeze traps Nygma in a huge block of ice, and Penguin decides to make it the centerpiece of his new club, The Iceberg Lounge. As great as it is to have Gotham finally introduce Penguin’s famous club from DC Comics lore next season, I’m curious as to why Penguin needed to call Ivy to that pier, since she ultimately didn’t do anything. Having her stand so close to Mr. Freeze brings back uncomfortable flashbacks to 1997’s disastrous Batman & Robin movie, that’s for sure!

The Barbara/Tabitha confrontation reaches an especially violent head too, particularly since Butch ends up shot in the head before it even properly goes down! This was a great unexpected turn, and leads into a truly brutal fight between Barbara and Tabitha, making for one of the episode’s best and most gripping moments. It eventually ends however with Tabitha electrocuting Barbara and killing her, making Barbara another recognizable face from DC Comics lore that has been killed before Batman even comes to Gotham City! Still, Barbara’s character arc feels firmly done at this point, and Selina teaming up with Tabitha, to begin the next phase of her eventual transformation into Catwoman, feels like a more exciting prospect for Season Four. I guess Barbara’s death means that we can also rule her out as the show’s proto-Harley Quinn at this point too. 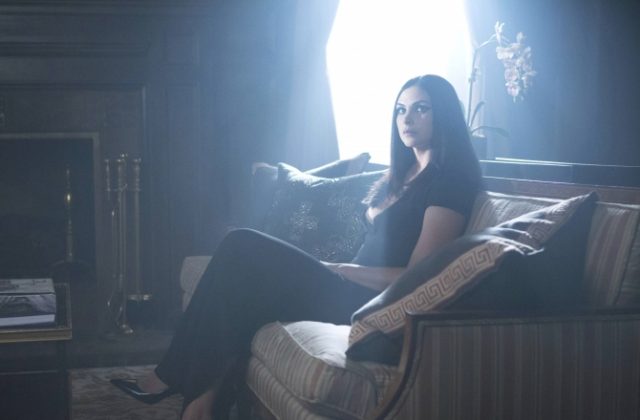 There’s a few last-minute teases at the end of the episode, as a masked vigilante stops a mugger in an alley, in a scene reminiscent of the Wayne murders, with the vigilante revealed to be Bruce! This is more likely the clone than the actual Bruce, since Bruce wouldn’t whine about not knowing his place in life, only to then immediately start confidently beating down criminals in the shadows, but this was nonetheless a really cool tease that promises more key steps in Bruce’s journey to becoming Batman in Season Four. Comparably shocking as well is Butch somehow surviving a bullet to the head (even by the standards of this show, how the hell does that work?!), and the show revealing that ‘Butch Gilzean’ isn’t his actual birth name! Turns out, Butch was born as ‘Cyrus Gold’, making for a legitimately amazing twist that reveals Butch as none other than zombie-like Batman foe, Solomon Grundy! The improbable survival of a bullet in his brain will no doubt play into Butch becoming Solomon Grundy next season, but regardless, it’s great to see the show find a way to make Butch a recognizable character from DC Comics lore, considering that he’s hanging around the other Gotham City villains very regularly now, and deserves to be another Batman nemesis of the future by this point!

“Heavydirtysoul” tightened up the story a bit compared to its immediate predecessor, and did a pretty strong job of tying up Gotham’s ‘Heroes Rise’ arc, and Season Three as a whole. The show falling back on some tired story re-treads with Bruce, Alfred and Leslie was kind of annoying, but Gordon overcoming the virus and saving Leslie was nonetheless satisfying, even if the villains once again completely stole this episode. The surprising reveal of Butch as the future Solomon Grundy was pretty great, and Barbara’s violent end was similarly satisfying. Penguin finally decisively winning his feud with Nygma was also highly satisfying, especially since it finds a legitimately effective way to lead into Penguin finally starting up The Iceberg Lounge next season. It’s too bad that there was ultimately no room for Ra’s Al Ghul or Harley Quinn in this episode, but it looks like fans have no shortage of things to look forward to in the upcoming Season Four, especially since Gordon finally stayed put with the GCPD for the end of a season for once!

Gotham 3.22: "Heavydirtysoul" Review
Gotham's second season finale episode this week tightened the plotting and did a mostly great job of resolving story arcs, even if it did fall on a couple of re-treads.
THE GOOD STUFF
THE NOT-SO-GOOD STUFF
2017-06-06
83%Overall Score
Reader Rating: (0 Votes)
0%