NOTE: Some spoilers for the second season of, “Flaked” are present in this review. That said, the review is written to accommodate those who have not yet watched the season, and as such, will avoid discussion of major plot developments.

Remember Flaked, that Will Arnett-starring dramedy Netflix series from last year? It seems like a lot of people don’t, outside of the show’s very specific and passionate cult audience. Despite Netflix going into high gear since the start of this past May, launching all sorts of new seasons for beloved shows like Unbreakable Kimmy Schmidt, House of Cards, F is for Family and Master of None, not to mention imminently preparing to release the latest season of juggernaut dramedy series, Orange is the New Black, it feels like the streaming platform by contrast casually dumped the sophomore season of Flaked very close to the new Orange is the New Black season, with very little fanfare, which is pretty much tantamount to sending it off to die. It’s small wonder why too, because it doesn’t seem like most people even remember this series existing, beyond that aforementioned cult fanbase that aggressively defends it.

In fact, the only reason why Flaked got a second season at all could likely be summed up by the fact that Netflix was very averse to cancelling its original shows before this year. Most critics turned their noses at Flaked’s first season (and I didn’t give it a particularly good review either), criticizing it for its sluggish pacing, meandering structure and pretentious melodrama, criticisms that I also noted in my own review. Even then though, that’s still better than the critical response to Season Two at this point, which doesn’t even seem to truly exist at the time of this writing. Despite more aggressively mixed audience comments online regarding Season Two, critics don’t even seem to be bothering with Flaked’s second season for now, if ever, as even Netflix seems to have released it with a general air of apathy. That makes me one of the first critics to do an actual, professional review of Flaked’s second season, and I’m currently a small fish, so the fact that I’m seemingly beating everyone else to the punch with this review really does seem to paint a pretty clear picture that no one seems to give a shit about this show, beyond its modest. yet zealous cult following. 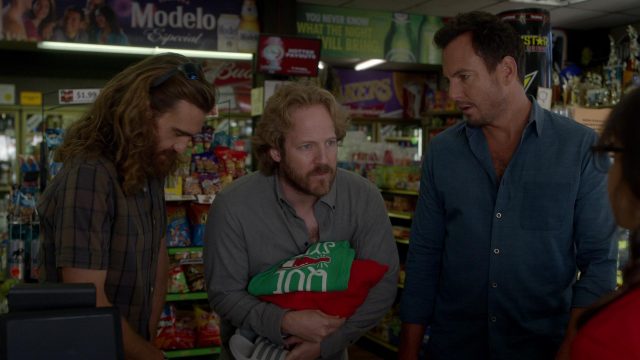 But, the question remains then, is Flaked any good in its sophomore season, which has been shortened even further to a mere six-episode length? Well, the good news is, as can be expected with Netflix shows that struggle during their first seasons, the second season of Flaked is at least better than the first. Some (not all, but some) of the pacing is tightened up, and the season does feel a little more focused now, especially since it’s now shed some of the unnecessary, meandering conflicts and over-abundance of pointless characters from Season One. That said though, it’s also unfortunately true that, like its dysfunctional, incessantly dishonest protagonists, Flaked hasn’t really gotten that much more tolerable in Season Two. The show still ultimately unfolds at a snail’s pace, its humour is still far too uneven, and the themes behind the show still feel far too pretentious and laid on far too thick. Rather than feeling smart and nuanced like it so badly wants to be, Flaked is still spending way too much time trying to drill its themes of dishonesty and self-destruction into the peanut gallery, themes that, to add insult to injury, are done so much better in Arnett’s other Netflix series, BoJack Horseman.

Another positive however is that the show has mostly given up on trying to redeem Arnett’s character, Chip, who is no longer treated as some kind of wise, beloved neighbourhood sage, allowing Arnett to fully commit to a mostly dramatic performance in this sophomore stretch of episodes. In Season Two, Chip has become a social pariah, with only his budding relationship with love interest, London left to keep him warm at night. When Chip is forced out of his living situation with London though, he has to start making amends to the people he’s hurt around Venice, especially since he talked the neighbourhood into agreeing to a gentrification project that merely ended up hurting most of the citizens. Christopher Mintz-Plasse’s Topher is one of several Season One characters that are completely absent in Season Two, and that’s not necessarily a bad thing, honestly, but the effects of Chip’s misguided decision to embrace change through Topher are nonetheless felt, especially since Chip’s own ‘business’ and reputation is now completely gone. 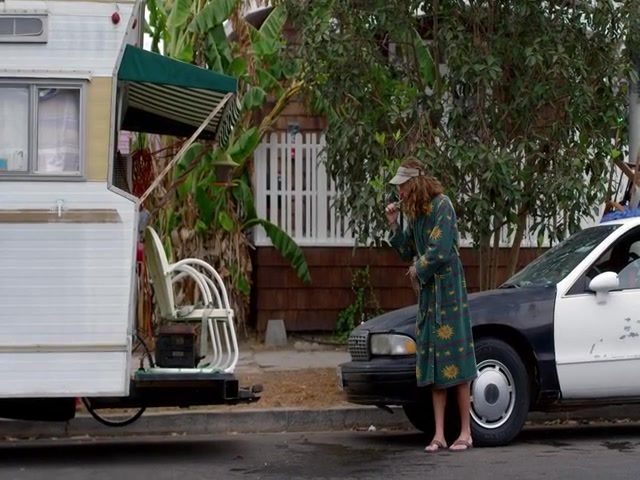 Chip’s pals, Dennis and Cooler are still around in Season Two at least, and they also undergo their own story struggles, namely when they find their own new relationships. This gives both characters a glimpse of hope and direction amidst their otherwise aimless, unfulfilled and ultimately self-inflicted misery, but going back to one of the unfortunate negatives that still persists on Flaked in Season Two, this is hurt by the fact that the show’s relationship politics almost make even less sense here than they did in Season One! Cooler’s new girlfriend is a particular head-scratcher, being awkwardly forced into the story through Chip in a way that doesn’t feel like it operates on any plane of reality, despite Flaked wanting so badly to be taken seriously with Cooler’s resulting mid-life crisis. Dennis’ storyline is a lot better, thankfully, especially since it ties into another returning face from Season One in a surprising way, but even Dennis ultimately can’t escape this show’s tendency to sink into overdone angst and melodrama, despite remaining one of the better characters.

Ultimately, it’s nonetheless a good thing that the characters are now fully dropping the pretense and at least openly admitting that they’re shitty people in Season Two of Flaked, but that still ultimately leaves us with a show about shitty people that want the audience to forgive them for being shitty people, despite the fact that they will always be shitty people, because they don’t truly change. If you look at Flaked as a modern tragedy, that sort of works, but when the show tries to have its cake and eat it too by packing in an awkward comedy and romance seasoning (even though Season Two has been marketed more as a drama, despite its episodes remaining around a half-hour length), it still feels like Season Two of Flaked is reaching beyond its grasp. It’s ultimately chasing its tail by refusing to have its characters truly stand up to any real challenge, and that’s what makes it so often dull to watch. This is most blatantly exemplified by how the season ends with a complete lack of resolution, not in an effectively ambiguous way, but in a way that has the season ending with an apathetic shrug, which is worse than the confusing end of Season One. It’s like the show doesn’t care about its own characters, and when the show doesn’t care about its own characters, why should the viewer care about them? 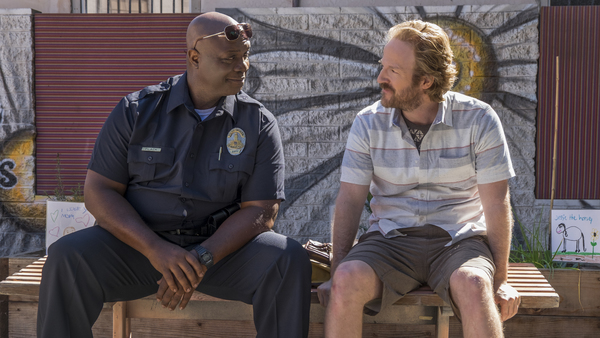 This is why Flaked still feels like it misses the mark in Season Two, and thus, still probably isn’t worth the time of most Netflix subscribers. If you enjoyed the first season, then you will enjoy the second season, since it’s a slightly more refined and focused version of the same sort of content, but in the end, Chip’s journey still feels too unremarkable and too hopeless for anyone else to truly get behind in Season Two. Now that Netflix is no longer afraid to cancel their shows without proper, pre-determined endings, I seriously doubt that Flaked will get a third season as well, since it seems like most of Netflix’s viewer base cares even less about the show now than they did last year, meaning that the shrug of an ending to this season is probably the note that the entire series ends on. Frankly, I don’t think virtually anyone will truly miss Flaked when Netflix finally swings the axe on it, especially since Arnett already headlines a far better Netflix series, one that even treads several of the same themes, in BoJack Horseman. By the time that show’s fourth season arrives later this Summer, most Netflix subscribers will probably have completely forgotten about Flaked if they haven’t already, and it’s probably better that way.

Flaked: Season Two Review
Flaked makes some small improvements in Season Two, but the show is still far too plodding and unlikable to appeal to anyone beyond its passionate cult audience.
THE GOOD STUFF
THE NOT-SO-GOOD STUFF
2017-06-08
65%Overall Score
Reader Rating: (0 Votes)
0%