EA’s EA Originals label is expanding once again. At today’s EA Play press conference, the publisher announced a collaboration with fledgling studio, Hazelight, which has been newly formed by Brothers: A Tale of Two Sons director, Josef Fares. This collaboration has resulted in an all-new game, A Way Out, which is coming as a digital game release for PC, PlayStation 4 and Xbox One in early 2018. 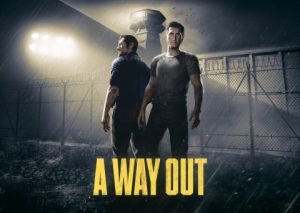 Centering around a duo of incarcerated protagonists named Leo and Vincent, A Way Out is a co-op-mandatory adventure game that forces you to enlist an ally, whether locally or online. The game promises an emotional and compelling narrative as Leo and Vincent go on a hair-raising escape from prison together, with players able to function independently, such as one player still being able to move and interact with the world while the other player is in a cutscene, for example.

Fares’ previous indie title, Brothers: A Tale of Two Sons, which was developed by Starbreeze Studios and published by 505 Games, originally released as a timed exclusive Xbox 360 game for digital download, before expanding to PC and PlayStation 3 a month or so after in 2013, and was later remastered for PlayStation 4 and Xbox One in 2015. The game is playable solo, unlike A Way Out, with each brother being controlled by a different stick on the controller, as they must team up to embark on an adventure to find medicine for their dying father.

Keep escaping to Eggplante for all major news and updates on A Way Out, among other EA Originals.