Silicon Valley’s current season has been knocking it out of the park over the past few weeks, and fortunately, that high note was sustained in this week’s season finale. “Server Error” brought Richard’s gradual moral degradation to a prolonged head this week, as Richard starts doing whatever it takes to save Pied Piper’s business and Dan Melcher’s data, while strange and humourous circumstances with Erlich eventually lead to Gavin discovering just what has been going on at Hooli during his absence.

This is the episode in which we finally bid goodbye to Erlich too, as T.J. Miller exits Silicon Valley with the end of Season Four. As for how the exit was handled, the final handful of scenes between Erlich and Gavin definitely didn’t disappoint, as Erlich becomes a predictable nuisance to the Tibetan monks that Gavin is currently seeking spiritual guidance from. Erlich’s smartphone addiction inadvertently revealing the problems with the exploding phones from Hooli-Con as well, which has Gavin immediately abandoning his spiritual quest to return to Silicon Valley, was a very funny way to have Gavin headed back to his stomping grounds, even if it did somewhat come at the expense of how Erlich ultimately leaves the show. 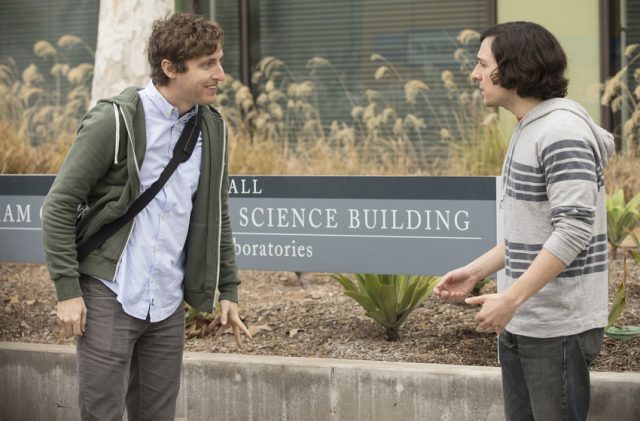 Erlich simply being dumped in some random Tibetan guy’s house when he decides to get high on opiates felt like a somewhat underwhelming exit for his character, one that sort of came out of nowhere in the end. Gavin paying off the man that owns the house to keep Erlich for at least five years was kind of funny, and could set up a device for Miller to return to the show later, or at the very least for a series finale many years down the road, but it felt like Erlich’s exit was nonetheless kind of rushed in the end. Still, Gavin having to rescue Jack from Chinese workers that hold him hostage after he demands a full product recall of every Hooli phone affected by the rogue Pied Piper code was a pretty hilarious turn, especially when it leads to Gavin successfully rescuing Jack to restore his standing at Hooli, only to dump Jack at Jackson Hole so that Gavin can fully re-assume control of Hooli as its leader again.

Of course, the events with Pied Piper also didn’t disappoint, as Richard starts losing his mind at the continued reports of exploding Hooli phones across the world, all affected by the bad chemistry between Hooli’s VR update and Pied Piper’s data storage code for Richard’s new internet. This has Richard thinking entirely of damage control, and doing whatever he has to in order to fix the situation, regardless of morality or legality. This means that the last of Richard’s moral principles gets abandoned in this episode, as he starts stepping all over his friends, demanding that Gilfoyle pack up his server to invade Big Head’s place at Stanford, so that Melcher’s data can be salvaged. There’s also a big consequence here too, as Jared announces that he can’t work at Pied Piper anymore, and Richard expedites his removal from the company. Granted, this doesn’t stick in the end, but at the time, it’s a perfect way to highlight just how far Richard has fallen in the name of saving his new internet plan. 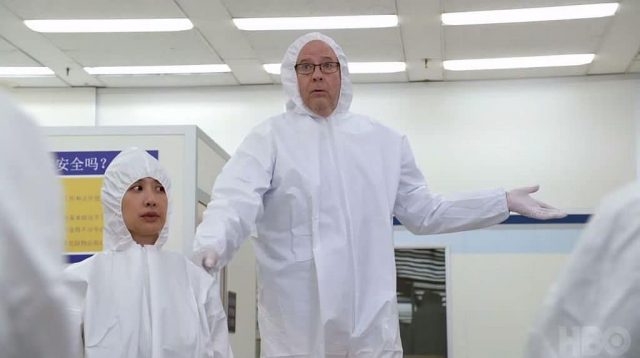 A series of amusing events then occurs, all as a direct result of Richard’s negative karma. After Richard forces Gilfoyle to disassemble his server, Anton and pack it into a truck, once his only option becomes utilizing the network of Stanford in another illegal operation, Richard rushes Gilfoyle and Dinesh to hastily drive off, culminating in the two not securing the truck door, which Jared would have done, had Richard not thrown him out of the company. With Gilfoyle’s beloved server then discovered to be in pieces on the road, and Richard left with no other options, he’s thus forced to face the music with Melcher… Only to learn that Melcher’s data is completely unaffected, and the new internet works great! This is also appropriately timed with Richard realizing his mistakes and apologizing to his friends, as Pied Piper gets another unlikely save in the eleventh hour, complete with Dinesh, Gilfoyle and even Jared all agreeing to face the music with Richard, before they learn that everything is great.

It turns out, Gilfoyle’s smart fridge hack that was used to prank Jian-Yang a few episodes ago was transferred to every smart fridge in the world, which leads to them all displaying the same crass video, but also leads to them all hosting Melcher’s data just fine. This proves that Richard’s new internet idea works, and also redeems Pied Piper in the eyes of Melcher… Or it would have, had Melcher’s fiancee not confessed to him off-screen that she’d slept with Richard. This was a hilarious callback to the end of Season One, when Erlich committed a similar offense with Melcher’s then-wife at Techcruch Disrupt, and this also provided one last way for Richard’s negative karma to bite him in the ass, right as his company once again cheats death in the most unlikely of ways. 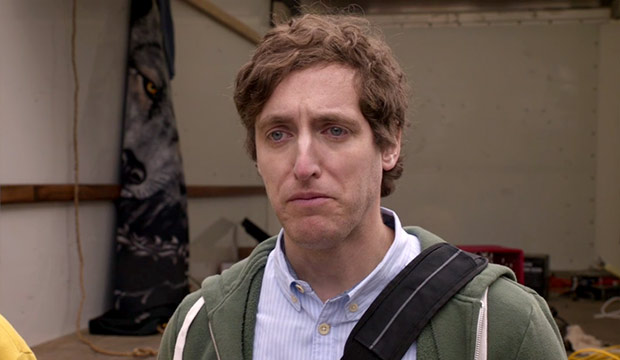 The season ending with Richard rejecting a business partnership proposal with Gavin, declaring that his new internet will render Hooli completely obsolete soon, also presents a fitting and exciting way to cap off Season Four of Silicon Valley, possibly leading to the most epic battle yet between Pied Piper and Hooli in Season Five next year. All around, “Server Error” nicely closed out Season Four of Silicon Valley on an excellent note, as classic conflicts rise again in new and improved forms. It was a nice switch to have Pied Piper end a season by being the strongest they’ve ever been for once, though Richard getting punched out by Melcher, and Gavin sticking Richard with the restaurant bill (and a mariachi band!), after he rejects the proposed partnership, still felt like solid ways to prevent Richard from getting too big for his britches. It’s also nice that Jared leaving the company didn’t stick for long too, even if that may disappoint some that were hoping for more lasting consequences from Richard’s abandonment of his principles. Nonetheless, even with Erlich now being gone, it looks like Silicon Valley is thriving more than ever as this year’s episodes conclude, and a newer, stronger Pied Piper certainly presents plenty to look forward to when this show returns in 2018!