NOTE: Spoilers from throughout Series Ten of, “Doctor Who” are present in this review

It’s the last hurrah for Peter Capaldi’s Twelfth Doctor in Series Ten of Doctor Who, and with that comes some new companions and climactic adventures. As you may imagine, the stellar Series Nine from 2015 is a tough act to follow, and that did become evident in the fun, but flawed Series Ten, which had no shortage of cool, creative story ideas, though couldn’t always back them up with equally satisfying resolutions.

With Clara now gone, The Doctor found a new companion in Bill Potts for Series Ten, as well as Nardole, an alien character first introduced in the 2015 Christmas special, “The Husbands of River Song.” Nardole was benched in the season’s first few episodes, possibly as a means of better establishing Bill, though fortunately, his dynamic with The Doctor continued to stand tall, offering lots of standout humour for the season. Nardole does exit the show at the end of Series Ten, which marks a disappointingly short run for Doctor Who’s first official alien companion, but the time with him really was fun while it lasted. 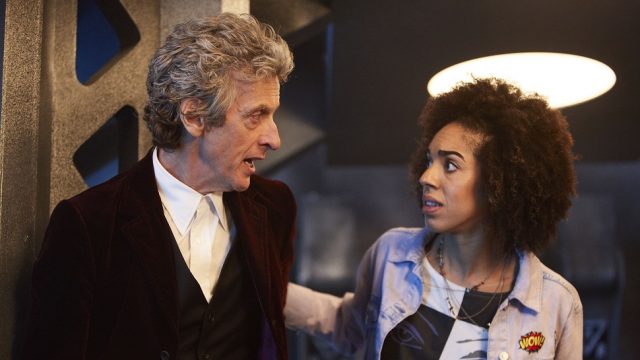 Bill, meanwhile, also seemed to be separated from The Doctor by the end of the season, though it was left a bit more ambiguous as to whether she may be back to accompany the Thirteenth Doctor in Series Eleven, whenever that releases, and whoever the Thirteenth Doctor ends up being, as we still don’t know who is portraying them. Whatever ends up happening there, Bill quickly established herself as a noteworthy new companion, while also injecting some welcome diversity into the series for the first time in a while, as she is both black and a lesbian. Most importantly though, Bill proved herself to be inquisitive, spunky and adventurous, making her an ideal new human companion for the Twelfth Doctor’s final run. If you were displeased with the annoying, airheaded tendencies of Rose from New Who’s first couple of seasons, you can rest easy knowing that Bill is essentially a much better version of Rose, one that is more reliable and much less of a liability.

As much as this was a big season for The Doctor however, it was also an especially big season for his timeless foe, The Master/Missy, who was revealed to be on the other end of a mysterious vault that The Doctor is charged with guarding before the proper events of Series Ten. Believing that he can rehabilitate Missy, The Doctor eventually seeks her help on some of his adventures, and even brings her along for the season’s climactic storyline, which involves The Doctor and co. stuck on a time-dilated colony ship that’s sinking into a black hole. This was also used as a means of bringing back The Master’s former New Who incarnation from the Tenth Doctor era, played by John Simm, who is more irredeemably evil, while Missy actually does perform one last act of goodness by forcing him to regenerate into her, before being killed for her actions. Again, I seriously doubt that this is the last we’ll see of The Master/Missy, since he/she is far too important a villain on Doctor Who, but Michelle Gomez’s own exit from the series was one that was mostly great, even if it did trip up at the finish line with a forced need to ‘kill off’ Missy, one that obviously won’t stick in the long term. 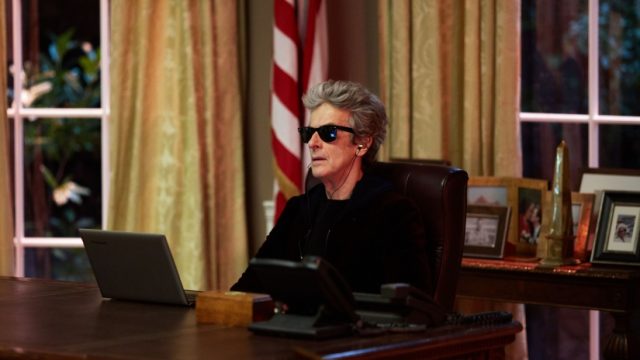 Regarding the mysteries and storylines proper throughout Series Ten, they ditched the exclusive two-part format from almost all of Series Nine, instead going back to focusing on simpler one-off adventures. The exception was the so-called ‘Monks Trilogy’, which aired across three separate episodes spanning three separate weeks, and pitted The Doctor against a more powerful race of enemies that successfully conquers Earth, after Bill trades the planet for The Doctor’s life. The origin of this storyline in, “Extremis” made for one of the best episodes of the season, even if the subsequent two weren’t quite as strong, since they had to rely on some awkward story contortions to move forward.

In fact, those story contortions are an especially big problem in almost all of this season’s story resolutions, which were almost consistently treated like a frustrating afterthought. Even in some of this season’s strongest mysteries, like those in, “The Pilot”, “Smile” and, “Knock Knock” at the start of the season, the storylines were often wrapped up way too hastily, and often with inexplicable Deus Ex Machina turns, even by the standards of Doctor Who. It also seemed fairly evident that many of the show’s recurring cast and crew were getting a bit tired by this point, as much of Series Ten had the feeling of gradually running out of gas as the season went on, with only penultimate episode, “World Enough and Time” serving as an excellent season highlight, before the subsequent season finale, “The Doctor Falls” once again took several unrewarding shortcuts with its own noticeably disappointing storyline. 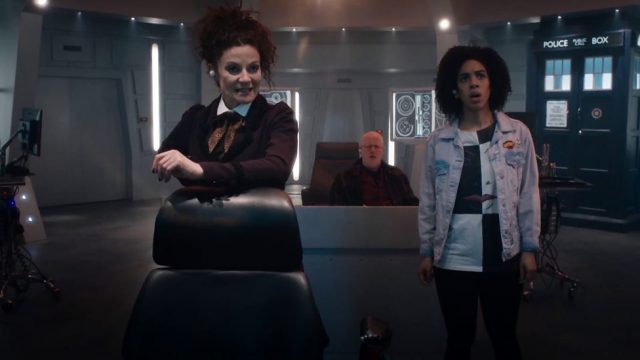 Most frustrating of all is that the show constantly teased the Twelfth Doctor’s imminent regeneration throughout Series Ten, but then never actually followed through with it. Granted, the Twelfth Doctor encountering a re-cast rendition of the First Doctor in the final seconds of the season, now played by David Bradley in lieu of the late William Hartnell, presents some good promise for this December’s Christmas special, where the Twelfth Doctor will actually regenerate, but why even bother teasing the regeneration to this degree? It’s inevitably going to disappoint people when it doesn’t happen in the season proper. It’s possible that the show will finally pull the trigger on a female Doctor for the Thirteenth incarnation, and maybe that’s why it felt the need to tease the regeneration so much this season, especially when, “World Enough and Time” in particular very blatantly flirts with the idea of The Doctor’s Thirteenth incarnation being female. It will be kind of a let-down if the show sticks another Caucasian U.K. male actor in the role for Thirteen, frankly, since that definitely wouldn’t justify all of the needless regeneration fake-outs and teasing that Series Ten was surprisingly packed with.

Series Ten of Doctor Who suffers from having to follow the outstanding Series Nine, and to that end, it’s certainly not a perfect exit season for Peter Capaldi, Michelle Gomez and showrunner, Steven Moffatt. Still, this was a mostly good season that had enough creativity and inspiration to get by, even if Capaldi’s Twelfth Doctor and his storylines did start becoming gradually more tired as the season went on. We still had some good highlights this season, even for the show’s larger canon, with the return of Mondas and its retro Cybermen, the proper return of classic Who foes, the Ice Warriors, and the promising re-introduction of the First Doctor most notably, even if the First Doctor is now played by a different actor. Thus, Doctor Who fans will nonetheless have fun with Series Ten’s twelve episodes, even if this is probably the Twelfth Doctor’s weakest season of the three. Still, we have one last proper romp with the Twelfth Doctor to look forward to in December, when we’ll finally learn who will succeed him as the Thirteenth incarnation, under new showrunner, Chris Chibnall, giving us one last chance to close out Capaldi’s Doctor Who run with a worthy bang.

Doctor Who: Series Ten Review
Doctor Who's Series Ten is flawed and a bit sloppy, but its creative mysteries and spectacular moments nonetheless give us a mostly solid farewell season for the Twelfth Doctor.
THE GOOD STUFF
THE NOT-SO-GOOD STUFF
2017-07-08
78%Overall Score
Reader Rating: (1 Vote)
88%