After a very strong first midseason premiere episode this week, the second midseason premiere episode of Fear the Walking Dead proves to be similarly well-done. “Diviner” took Madison and Walker to a very interesting new location, while reuniting Madison with an old friend. Back at Broke Jaw Ranch meanwhile, Nick and Alicia struggle to keep the ever-deteriorating peace between the ranch’s citizens and the Nation.

Piggybacking off of the previous episode, the uneasy alliance between Madison and Walker immediately paid dividends, as they must try to reconcile the actions of their people, while being separated from them. The two are ultimately on the same side however, since they both need to survive, and that emphasis on survival at all costs was beautifully showcased when Madison had to trade her radio, her only means of contacting Alicia back at the ranch, to try and gain entry into a bazaar that can hopefully find enough water provisions to carry Broke Jaw through the hot Summer season. 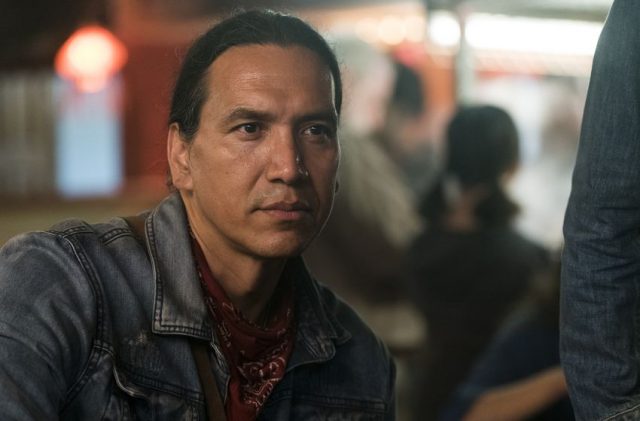 This bazaar was an awesome location too, one that would feel right at home in the main Walking Dead series, as well as the universe of the Walking Dead comics. Characters trade cap-like ‘credits’ to barter for supplies, Fallout-style, and it’s here that Madison and Walker find someone that can possibly give them enough water to help the ranch survive the hottest time of year. Right when the deal is happening though, Madison is alerted to the presence of a brawl, as some thugs beat on none other than Victor Strand!

Yes, this is a very unlikely reunion with Strand, but it was actually executed very well! Strand gravitating to the nearest commercial hub makes a lot of sense, and having Madison and Walker go to that same place in a desperate bid for supplies is a surprisingly logical way to bring Madison and Strand back together. Strand, of course, is in debt to the street toughs that were beating on him, and seeing him have to work off his debt by being dumped outside to fight Walkers with a pickax was a pretty tense sequence, even if it was over quickly. Madison snatching Walker’s gold to pay off Strand’s debt was an excellently bold moment, cutting them off from the water provisions that they would have gotten, but also putting them on the path of the dam, where Daniel happens to be situated. This is a very effective way to continue bringing the separated Los Angeles characters together again, since it seems inevitable that Madison’s party is going to reunite with Daniel at the dam next week. Ofelia living at the ranch is bound to cause quite an upset there too! 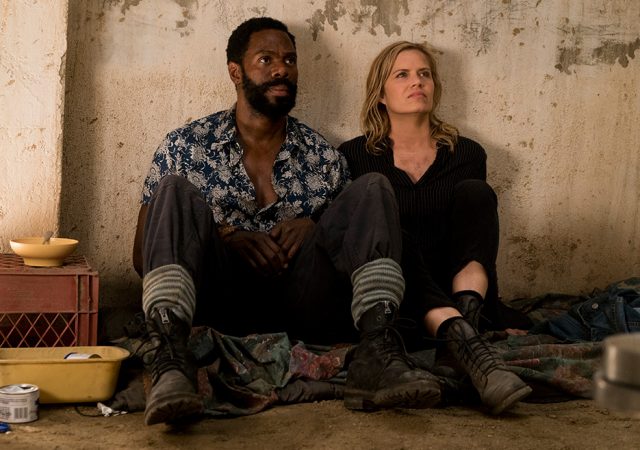 As for Broke Jaw, Nick and Alicia naturally struggle to keep everyone in line, especially when the undercover militia claims to Nick that the Nation’s folks are taking more than their share of water from the well. This eventually culminates in Nick taking out the gun that was secretly passed to him to guard the well when accusations are hurled during a water retrieval, whereupon Alicia also blurts out Madison’s discovery that there is only six weeks of water left before the ranch runs dry. Naturally, this attempt to rally everyone fails, and a big fight breaks out… But it doesn’t last long. Much like Troy’s exile in the previous episode, it felt like this resolution was a little too easy, as if the show logically should have had the Nation cut all of the ranch’s people down, including Nick, but obviously, the story can’t move forward if that happens.

Instead, the militia puts together a spectacularly dumb plan to try and ambush the Nation with no more than sticks and stones, considering that Nick had to hand the free gun back after the well incident. Nick at least tries to talk them down, pointing to how idiotic this plan is, but it seems that he fails to stop it. Right as the episode threatens to end with a lot of bloodshed though, Nick spies Alicia helping the Nation’s people to dig for more water, and goes to help her. The moment of everyone else helping to dig instead of fight was fairly heartwarming, and a surprisingly sweet way to end this episode, even if, once again, it did feel a tad contrived. If everyone was itching for a fight, why would they all of a sudden decide to go digging instead? Why even offer the pretense of a fight in the first place, beyond some annoying false drama? 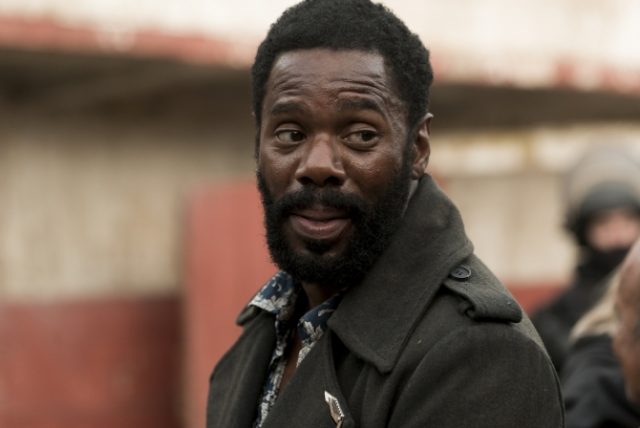 Nonetheless, “Diviner” is overall another very solid episode for Fear the Walking Dead, providing a pretty good way to reunite Madison and Strand, while also rallying both factions at the ranch to work together for their survival, even if it did have to force that a bit. The way that the characters are coming together in the back half of Season Three is proving especially satisfying though, and that satisfaction will hopefully continue next week, now that Madison and Strand are on the path to Daniel at the dam. It remains true that the fragile peace between Broke Jaw’s people and the Nation can’t possibly last, but for now, it’s kind of nice to see them trying to come together in the mutual interest of survival. Hopefully another idiot with a death wish doesn’t ruin that soon.