Supergirl has returned to kick off its third season this week, and in so doing, the series has to address the fallout of Kara losing Mon-El after the climactic battle with the Daxamites at the end of last season. “Girl of Steel” tries to lean into the show’s usual strengths, namely by straining Kara between both sides of her identity, while also enhancing that with effective subplots that combine personal and professional woes with the other characters. As far as that goes, this leads to a decent season premiere for the series, though definitely not a perfect one.

Disappointingly, one of the weaker elements to this week’s season premiere of Supergirl is Kara herself. Kara’s angst and grief over having to send Mon-El away to an uncertain fate are valid and understandable, and do result in some great moments of drama here and there, but once again, the show becomes way too heavy-handed with the resulting anguish at times. Kara shifting all of her focus to her Supergirl identity makes sense on paper, but when she starts constantly blowing up at Alex and her friends, impulsively quitting her job at CatCo, and pretending that her life as Kara Danvers is over because Mon-El had to go (which doesn’t even really make a lot of sense when you think about it), the storytelling once again falls into one of the all-too-familiar traps that Supergirl keeps stumbling into; Confusing heartfelt drama with Kara basically just throwing a prolonged tantrum. 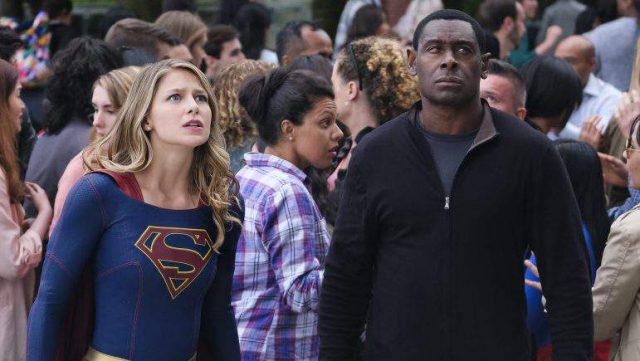 Supergirl, even three seasons in now, is frustratingly uneven with how it executes the drama with its titular heroine. At times, it can be brilliant, pushing Kara to balance both sides of her identity to perform acts of great heroism, as well as acts of life-saving wisdom. During other times though, like several instances in this episode, Supergirl botches its desire to be a female empowerment anthem by becoming too heavy-handed with emotional fallout, which ironically reinforces existing stereotypes about women, namely that they are completely governed by their emotions, and will virtually cease to properly function if those emotions are ever compromised. Kara leaning more heavily into her Supergirl identity in response to losing Mon-El is well and good on paper, like I said, but when the show insists on her throwing a childish pity party over losing her boyfriend, for literally months at a time, it makes Kara look weak, immature and ultimately uninspiring, and that’s a big problem for a show that wants to empower young women especially. At least the episode had Alex bluntly call Kara out on her childishness in one scene though, so I suppose it could have been worse.

Fortunately, other characters’ subplots generally fared better. There was some similar drama unfolding between Alex and Maggie in this episode, as Alex starts becoming distant and unresponsive to Maggie’s wishes for their wedding. Maggie quickly grows frustrated by Alex not engaging with the wedding plans, but this at least goes somewhere interesting, particularly when it comes out that Alex is sad about not being able to be given away by her father. Alex and Maggie sorting this out during a live operation is maybe a tad unprofessional, but the final result was still great, especially when Alex decides to assign J’onn the duty of giving her away in Jeremiah’s stead. Even the moment of the two cheesily trying not to cry at the DEO during this request was fairly cute. 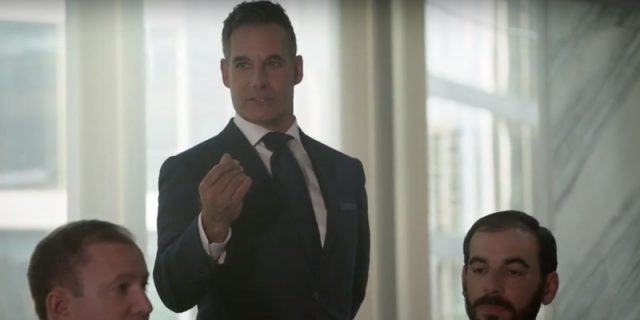 Disappointingly though, another weak link in this season premiere is the problematic introduction of Morgan Edge, yet another crooked businessman villain for Supergirl, who has frequently been a thorn in the side of the Superman family in DC Comics lore. In the Supergirl universe, Edge is portrayed by Adrian Pasdar, a regular in the televised superhero realm, since he was a lead on NBC’s Heroes throughout most of its run, before playing a recurring role as Glenn Talbot throughout ABC’s ongoing Marvel Cinematic Universe drama series, Agents of S.H.I.E.L.D. Since Pasdar is already pretty good at playing crooked comic book opportunists, he’s well-suited to the role of Edge, and his performance definitely isn’t the problem.

The real problem with Edge is the fact that he’s supposed to be this sophisticated baddie who provides an obstacle for Lena Luthor, and presumably Kara’s civilian identity at CatCo (yeah, she backpedals on quitting before the episode is even over, making the act look even more like a childish tantrum), yet is so far coming off as a moustache-twirling cartoon villain. Edge employing villain-of-the-week, Bloodsport, now converted from his Vietnam-obsessed head case portrayal in DC Comics lore to a deadly mercenary in the Supergirl universe, is a decent idea on paper, but Edge commissioning Bloodsport to blow apart some land that he conveniently wants to develop on, amid the very public unveiling of a statue for the heroine he despises no less, makes it hilariously obvious that he’s a bad guy. How in the world would anyone in National City not suspect him of wrongdoing after a stunt like that?! Kara might as well have just immediately carried him off to jail, because there’s no way that Bloodsport attacking Edge’s coveted land and conveniently scaring everyone out of it is a coincidence! 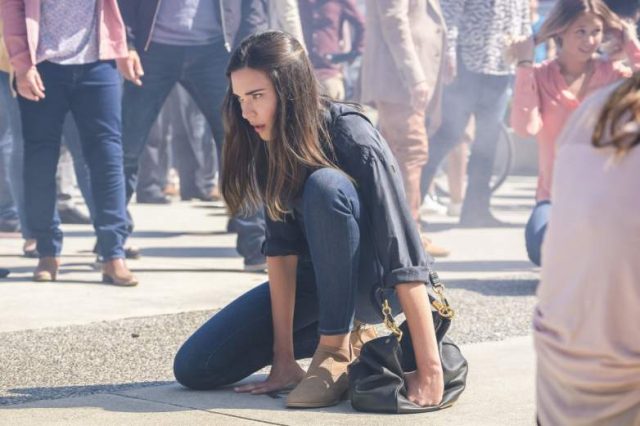 Finally, the episode ends with a quick glimpse at a civilian woman who ends up saving her daughter with surprise superhuman strength during Bloodsport’s attack. This is apparently the woman who will eventually become Reign, a big villain and ‘Worldkiller’ from DC Comics lore. Reign is supposed to be a major antagonist for this season of Supergirl, but so far, she’s an innocent bystander with a child, one who seems to be very sweet, polite and good-natured. I have to admit, this was a pretty great way to play with expectations, considering Reign is part of an extremely deadly group of warriors in DC Comics lore, and her debut as a key villain on this season of Supergirl was very highly publicized even several months before this season was due to air. I’m definitely more interested in Reign’s story than I am Edge’s at this point, since Reign seems like she actually does have proper sophistication and intrigue behind her character so far.

Of course, the third season of Supergirl has just begun, so things could obviously change in the coming weeks. There’s plenty of time for Edge to become a smarter and more interesting villain, just as there’s plenty of time to see Reign hopefully evolve into a memorable foe in her own right, perhaps even a tragic one. I will say however that I’m glad that the show got all of its angst with Kara losing Mon-El over with in one episode, since it’s always tiresome when Kara regresses into a thin-skinned, weak-kneed waif whenever she doesn’t think life is fair. There was enough to like in this season premiere for fans, though it still feels like Supergirl is being a bit weighed down by the rather flawed conclusion to last season. Hopefully, now that Kara has found renewed conviction as a woman and not just as a hero, we can completely move on from the Daxamite business, and get ready for more promising story arcs to come this season.