Lucifer surprisingly followed up last week’s rather routine episode with a surprisingly different offering this week, namely an offshoot episode that revolved heavily around Maze. “Mr. & Mrs. Mazikeen Smith” broke away from Lucifer’s usual case-of-the-week format, and minimized the focus on many of the side storylines and characters too. This meant that both Ella and Lieutenant Pierce were completely absent this week (though interestingly, this is Trixie’s first appearance in the show’s current season), with the bulk of events instead revolving around Maze trying to track a particularly difficult bounty in Canada.

Oftentimes, Lucifer founds its best cases on inspired and ironic personal conflicts for its title character. This week though, Lucifer stepped aside to be something of a side character in the show’s latest episode, with the personal conflict of this week instead stemming from Maze, as you can imagine. You see, since she’s a demon, Maze doesn’t have a soul, and while she’s conventionally immortal, if Maze ends up dying, she permanently disappears, and doesn’t experience any kind of afterlife, much like what happened with the angel, Uriel when Lucifer killed him during last season. This provides an explanation for why Maze is constantly concerned with living in the moment, and doesn’t tend to consider anything beyond her personal impulses. 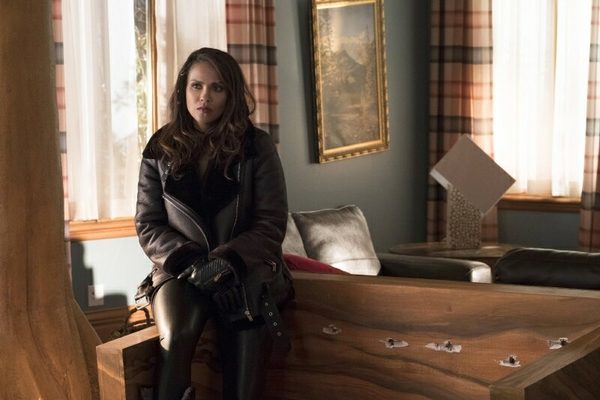 This added vulnerability to Maze has usually been risky, but for the most part, Lucifer has handled it pretty well. The show found another entertaining way to explore this vulnerability in this episode to boot, as Maze takes on a super-challenging bounty to continue stretching and trying to give her life meaning. The reason why this guy is tough to grab however is because he’s super charming, and a very skilled con artist, which makes Maze’s job extra difficult, since the hunt is anything but straightforward, especially when it involves Maze leaving the country to stumble around Canada!

Now, as you can imagine, the hook of Maze going to Canada inevitably leads to a heavier focus on comedy in this particular episode of Lucifer, especially since the FOX network as a whole seems to see Canada as an automatic punch line across many of their shows, both past and present. As a Canadian viewer, I’ve tended to notice how much FOX loves to poke fun at Canada, but honestly, I’m alright with it, since they tend to do it in a fairly loving and charming way. This remains true in Lucifer, which mercifully keeps the tired Canadian stereotypes to a minimum (only one Canadian caricature is featured, and it’s in a scene that is legitimately hilarious), and instead allows much of the comedy to come from Maze having surprising difficulty catching her slippery prey. 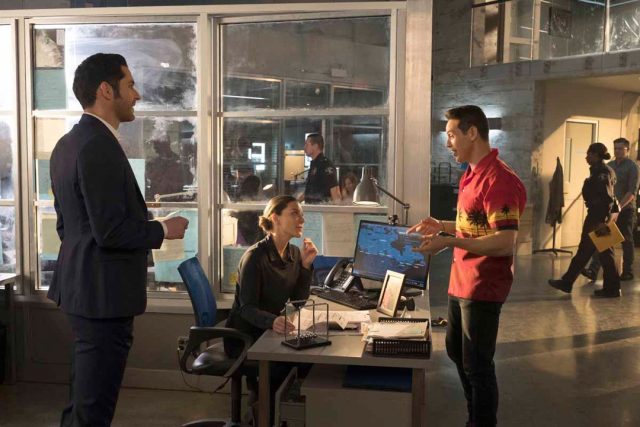 The idea of a bounty hunter and literal demon like Maze struggling to catch a human fugitive also lends itself to a lot of humourous scenarios, and there’s even a legitimate flirtation shared between Maze and her bounty, as they engage in a sexy cat-and-mouse game of sorts. The question of whether the man is innocent also comes up in a fairly clever way, especially when Lucifer and Chloe begin to grow worried that Maze is being emotionally conned by her target. This surprisingly makes sense, since Maze’s simple-minded lack of understanding of the power behind human emotion is probably the closest thing she has to a weakness.

Of course, Maze being super capable and strong also means that the show has to contrive ways to artificially lengthen the pursuit of her bounty, which is the one point where the episode starts suffering in the storytelling. This is especially apparent when an assassin starts gunning for Maze’s fugitive. Not only does the bounty somehow escape and move around quite easily after being shot in the gut and crudely stitched up, but the assassin somehow survives a knife to the heart, and not only shows up for a brief scuffle in the climax, but also survives said climax, and is thereafter taken into Canadian custody. Uh, yeah, bullshit. Not only should the bounty not be able to make it three steps without collapsing (let alone in frigid Canadian Winter!), but the woman who took Maze’s knife through the chest should have died immediately. No two ways about it! 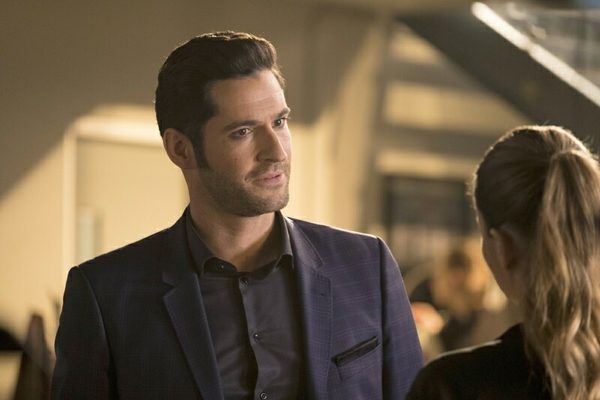 Fortunately though, we do get an effectively bittersweet ending, as Maze’s target does turn out to be innocent, apparently having been set up by a corrupt police lieutenant. The man can’t stop running though, and despite asking Maze to run with him, Maze ultimately decides that she can’t leave Los Angeles, giving up a pretty obvious shot at love and happiness in the process. Maze is nonetheless happy with her own little ‘family’ back in the U.S. though, so all’s well that ends well.

This may not be the last we hear from Maze’s sweetheart however, since it’s very strongly implied that this crime is somehow the work of the mysterious Sinnerman, as the episode ends with an unknown person putting away a file with tons of information about Maze, which also happens to be beside other files for Lucifer, Amenadiel and Mama Morningstar! Someone collecting knowledge about the show’s divine personalities is exciting enough, but even better is the conspicuous file in the back of the drawer that’s labeled ‘Gaudium’! That name will mean nothing to people who merely watch Lucifer’s TV adaptation, but if you’re a fan of the Lucifer source comics, you’ll no doubt recognize Gaudium as a snarky, heavy-smoking fallen cherub, and a crucial character from the original Lucifer graphic novels. This is a blatant hint that Gaudium will be joining the Lucifer TV series in the near future, and that’s very exciting, especially since there’s been quite a bit of fan demand from comic book readers to bring Gaudium to this television adaptation! 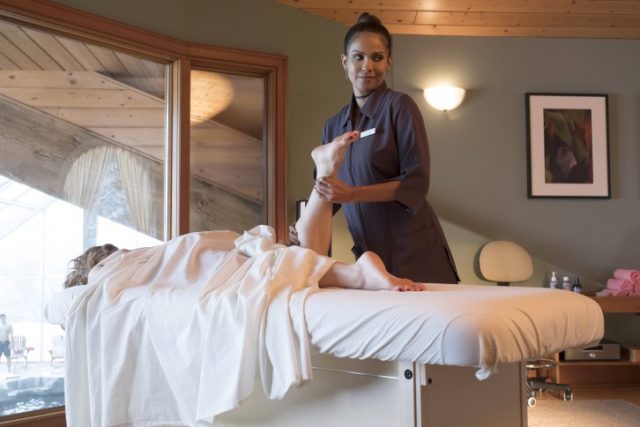 Overall, “Mr. & Mrs. Mazikeen Smith” was another fun deviation from Lucifer’s usual formula, and despite having to force some virtually superhuman quarries for Maze to deal with up in Canada of all places, it was a very entertaining episode, one that successfully managed to temporarily sideline Lucifer in favour of another character. Maze’s quest for a sense of self-gratification beyond base pleasures was both fun and heartwarming, and the bittersweet ending to her greatest bounty hunt yet felt both clever and well-earned.

The inevitable hint that this entire event is just the latest strand of the ever-growing web behind the Sinnerman is also pretty exciting, especially when we see that he appears to have no shortage of information on Lucifer and his divine family. The Gaudium tease is an especially surprising highlight, offering our most blatant hint yet that the television adaptation of Lucifer is about to add more recognizable characters from the Vertigo source comics! The bottom line though is that we’re finally getting some great quality time with Maze, after she’s been absent for pretty much the entire season so far. I have to say that the wait for her re-appearance was well worth it!