With virtual reality becoming an increasingly household term these days, HTC is continuing its commitment to the platform and has announced Vive Pro, a new headset with improved specifications across the board.

Vive Pro will include two OLED displays at a combined resolution of 2880 x 1600, a greater than 75% increase in resolution over their current Vive product. The headset will also boast improved ergonomics, built-in audio by way of adjustable earpieces, and an additional front-facing camera for augmented reality applications.

The latter feature may be the most interesting as it puts HTC in more direct competition with Microsoft’s Mixed Reality headsets that are able to function as a VR headset as well as perform many AR-like functions. 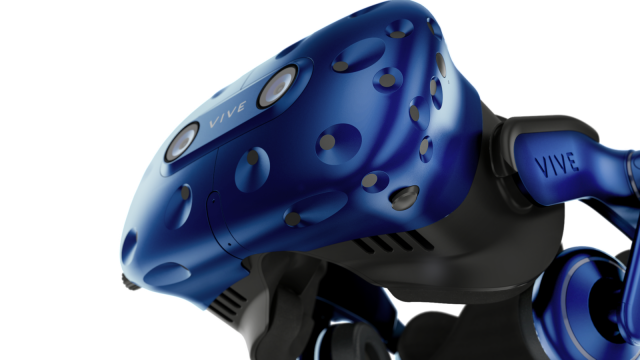 “What this does, with the higher pixel density, is give you the ability to read in VR,” HTC Vive general manager Daniel O’Brien told Polygon. “We’ve had a lot of enterprise and professional use cases where they want to design a car or design a dashboard layout, and they need a higher resolution or pixel density in order to do that. So now that you can do that with this headset, we’re really excited about those scenarios and how game developers will take advantage of it, as well as the professional market.”

Anyone who has used a current generation virtual reality headset like PlayStation VR or Oculus Rift, as well as the current HTC Vive, will know that text is barely readable when not directly in the field of vision, and is often blurry or pixelated even when it is directly in front of the player.

HTC’s release plans aren’t clear at this point; the company is going to allow existing Vive owners to upgrade their headsets sometime in the first half of 2018. Both Vive and Vive Pro will remain on the market in tandem, likely signalling that the Vive Pro will be priced much higher than its younger sibling, or perhaps that the current Vive will see a price reduction in the coming months.

Stay tuned for more, including a hands (and eyes-on) with HTC Vive Pro soon!