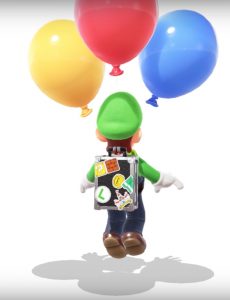 Super Mario Odyssey is getting its first new game content since the game’s release last October.

In the new mode, players will spend their time either hiding or finding balloons throughout Odyssey‘s kingdoms. In Hide It, players will try to hide balloons in difficult to see and reach places for other players on the internet to then discover. In Find It, the player is tasked with finding balloons hidden by other players in an effort to climb the ranks of the online leaderboards.

The update will also include new snapshot mode filters, including one that lets you put any part of a screenshot into a golden coin. There will also be three new outfits: Sunshine Shades, Musician Hat, and a Knight’s full suit of armor.