Those who’ve been hoping for a remastered version of Far Cry 3 are in luck, as Ubisoft has not only confirmed one’s existence, but also revealed that it will be ‘given’ to those who purchase Far Cry 5‘s season pass. In fact, while the updated re-release is expected to hit both Xbox One and PS4 this summer, it’s been said that those who buy the pass will be given early access to it. Four weeks early, to be exact.

The Far Cry 5 season pass will be threefold, offering a trio of colourful expansions, all of which are set in unique time periods and locations. To start, there’s Dead Living Zombies, a B-movie that will feature lots of shambling, brain-eating corpses to mow down. Then there’s Hours of Darkness, in which players will travel back in time to the Vietnam War to fight Viet Cong troops. Last up is Lost on Mars, which won’t please the spider haters among us, due to its focus on battling martian arachnids on the red planet itself. 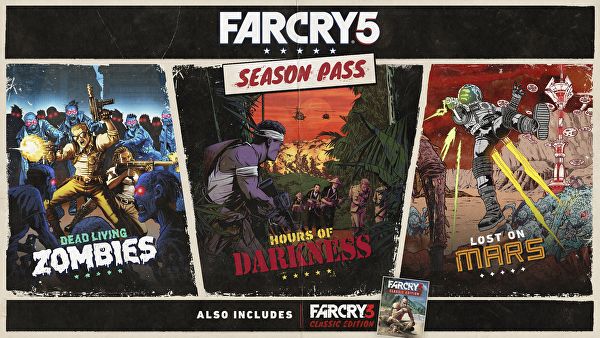 Far Cry 3 Classic Edition, on the other hand, will feature all of the original version’s single player content. From the sounds of things, the co-op and multiplayer may not be included, but that’s okay. The campaign, itself, was the real star of the show.

Pricing for the Far Cry 5 season pass has yet to be revealed, but it is known that it will be available both separately and as part of the game’s Gold Edition. The game will release at the end of March.