If you’ve been wanting to pick up a copy of Injustice 2 but have yet to do so, you’re in luck. Today, Warner Bros. Interactive Entertainment confirmed its intention to release a complete version of the game at the end of next month. Injustice 2: Legendary Edition, as they call it.

The Legendary Edition will be everything you’d expect. Not only will the base game and all of its DC-flavoured fighters be included, but so will all of the game’s DLC additions. This means there will be no additional charge for characters like Red Hood, Darkseid, Hellboy, Starfire, Sub Zero, Atom, Enchantress, the Teenage Mutant Ninja Turtles, and more. Additionally, all of the characters’ premier skins will also be there for one’s use.

That won’t be all that those who buy this new version of the game will get. They can also look forward to new gear, an improved tutorial and a level cap increase. Then, once players reach this new cap of 30, they will unlock a special augment.

The Injustice 2: Legendary Edition will release on the 27th of March, and will soon be made available for pre-order. Anyone who reserves its limited ‘Day 1’ version can look forward to a collectible coin, an epic combo card, an exclusive steel case and in-game credits.

Look for it on Xbox One, PlayStation 4 and PC. 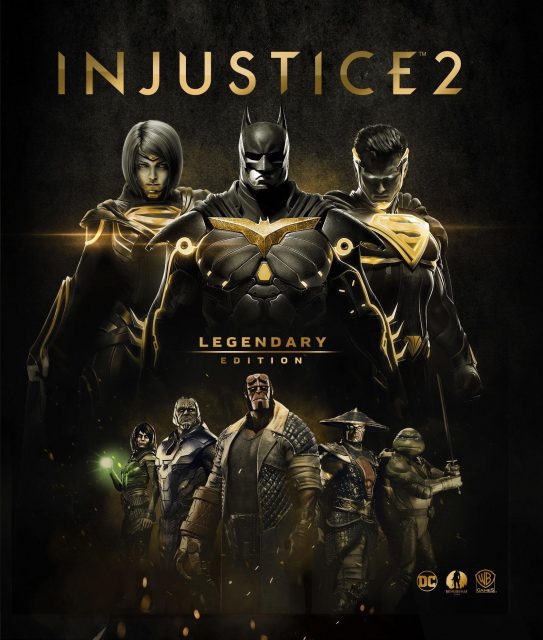