Better Call Saul continues to briskly move towards the climax of its current season this week, and this meant another especially strong episode that continued to beautifully reap dividends from the ongoing Huell litigation. “Coushatta” had a trio of very well-executed story arcs that pretty much nailed every plot development, resulting in another highlight episode for Season Four, particularly as things end in an especially exciting, albeit harrowing position for both Jimmy and the criminal leads!

Perhaps most exciting about this week’s Better Call Saul offering however is that Nacho is finally back! Michael Mando’s absence from the show over the past several weeks has been very apparent, but fortunately, that’s over now, since we finally get to see how Nacho’s been doing after being caught between the heavy hands of both Gus and the Salamanca cartel. Of course, you wouldn’t know that Nacho is struggling at a glance, since he’s living in a very nice apartment, with a reliable selection of female companions, and commands the respect of everyone working at the cartel. All told, Nacho seems to be doing great, which was a nice way to go against audience expectations, even as he still checks up on his forged Canadian passports, knowing that he’ll eventually have to run. That moment may be coming up as well, since the episode ends with a new overseer, Lalo, taking the place of Hector in supervising Nacho’s work with the cartel. Lalo appears to be much more hands-on than Hector ever was as well, meaning that Nacho essentially being a coerced mole for Gus might start becoming a big problem as soon as next week! 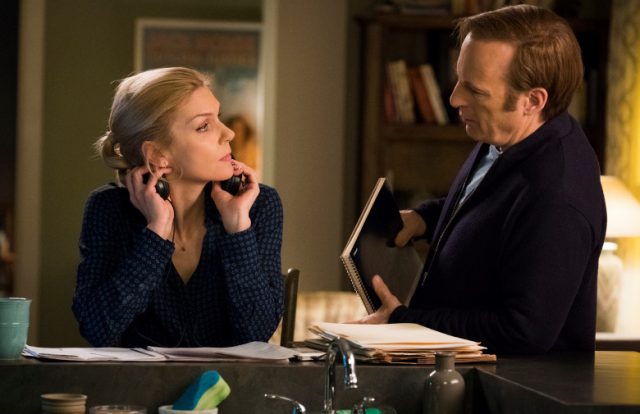 Mike and Werner, meanwhile, surprisingly took a break from the grind of building the meth superlab for Gus this week, in favour of going to a strip club and getting some beers. Kai naturally causes more trouble, and it’s getting a little head-scratching as to why Gus is still putting up with it, considering how hyper-cautious he is (perhaps Mike is hiding these Kai incidents from Gus for the most part), but Kai didn’t prove to be the biggest issue for Mike and Gus this week, surprisingly. Instead, it was Werner who ended up becoming a problem, since he accidentally blabs about underground construction to some strangers after getting drunk at a quieter bar, which leads to Mike making a veiled threat that it better not happen again. Obviously, considering the events of Breaking Bad, we know that the superlab is eventually completed just fine, but considering that the show made a big deal about Mike vouching for Werner to Gus, I have a strong feeling that this actually won’t be Werner’s last slip-up. Is Mike’s loyalty to Werner going to come back to haunt him before the season is done? It certainly seems that way!

As usual for most of Season Four’s more recent episodes though, much of this episode was dominated by Jimmy and Kim, who naturally have to pull a whole new con to try and miraculously convince the judge and prosecution not to give Huell any jail time. With Kim seemingly ready to pull another con job with Jimmy to remedy the situation, Jimmy leaps into action by traveling all the way to Huell’s hometown, Coushatta, Louisiana via bus, then getting all of the bus passengers to help write phony letters about Huell allegedly being a town hero and devout churchgoer. This was another really clever way to leverage Jimmy’s skills and knowledge with mail fraud, on account of his early history in the mail room, wherein he clearly knows how to easily manipulate legal proceedings in this manner. It seemed like such a humble beginning, but those mail room skills are continuing to find new and interesting uses on the show. 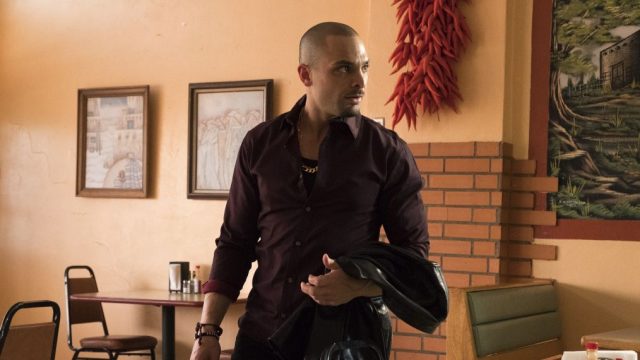 Speaking of Jimmy’s surprisingly useful skills, his pay-as-you-go phones also proved to be crucial to the scam, with Jimmy once again hiring his regular student film crew to pose as Coushatta citizens, and keep singing Huell’s praises to the prosecutor when she calls the phony numbers. They even manage to set up a fake donation web page to contribute to Huell’s legal proceedings, which puts the prosecutor on the case in quite the corner when the judge orders both the prosecution and defense to reach a plea deal, so they don’t have to go to trial under so much (fake) public scrutiny. This situation obviously wouldn’t merit Jimmy once again pulling out his all-important Saul Goodman identity, but as much as Jimmy has tried his best to keep his nose clean from at least a legal standpoint this season (hummel figure swap notwithstanding), it’s still a work of art to see Jimmy firing on all cylinders with a con, especially when Kim finds ways to get involved. In fact, Kim’s love of cons comes out so hard and fast through the Huell situation that it seems to single-handedly revitalize her failing romantic relationship with Jimmy, as the two once again become passionate, devoted and sexually active with each other, after they manage to get Huell out of his prison sentence.

This actually ended up leading into another highly unexpected, but effectively brilliant story twist as well, one that viewers probably would never have anticipated with Kim’s current success. Jimmy and Kim manage to wrap up most of the Huell dilemma within this episode, which makes sense, since only two episodes remain in the current season, and this has Jimmy once again focusing on getting a new office. After Kim sinks back into the unsatisfying grind of Mesa Verde however, she eventually drives to where Jimmy is office-hunting, and announces that she wants to pull another con with him. Considering how likable and honest Kim has been throughout the season, and throughout much of the series in general when it comes down to it, it’s often easy to forget that she has her own dishonest dark side, and that beautifully came out with her calling Jimmy back to dishonesty, right as he appears to be getting his life back on track. As much as Jimmy and Kim have effectively been yin-and-yang to each other, the balance seems to be shifting the other way now. So, rather than Jimmy being responsible for Kim’s downfall, which was easier to predict, it would be especially interesting to see Kim actually be the catalyst that encourages and embraces Jimmy as the future Saul Goodman. Obviously, the fact that Kim isn’t around during the events of Breaking Bad would still need to be explored, but perhaps it would be an especially surprising twist if Kim was all for Jimmy’s dishonest side, and perhaps ended up in jail (or worse) rather than fleeing Jimmy, being the one who ultimately takes the fall, while Jimmy is left to adopt a whole new identity in the wake of their failed schemes. 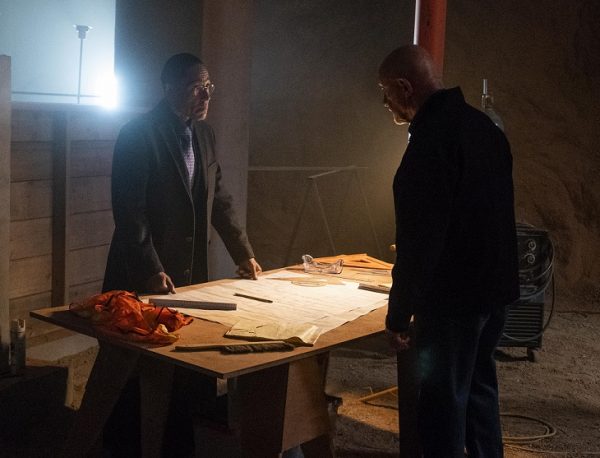 The fact that we can speculate in so many different directions with all of these characters at this point is one of the surest indications that Better Call Saul is soaring particularly high this week! “Coushatta” barely had any real shortcomings to speak of, with multiple storylines that are effectively heating up with intriguing drama and looming tragedy, especially as character allegiances are now interestingly being juxtaposed. Suddenly, Kim is the devil whispering in Jimmy’s ear. Suddenly, Mike’s airtight professionalism with Gus is on the line. Suddenly, Nacho’s lucrative racket and unyielding respect from his criminal peers seems about to come apart through scrutiny (even if it’s been a long while since we’ve actually checked in with Nacho). The season is perfectly on-point and in an excellent position going into its final two episodes, which are sure to be packed with their own share of shocking surprises and dark turns. Most of all, it was easy to assume that hatred and disillusionment were ultimately the creators of Saul Goodman, but maybe in the end, it was love, paired with the simple reality that Kim’s sure-to-be dangerous new life direction may ultimately force Jimmy to die with the lie.