After a pretty strong start throughout much of the first season, The Gifted is not wasting any momentum with the start of its sophomore selection of episodes. The debut season ended with a huge cliffhanger, namely with the re-introduction of the Hellfire Club to Fox’s live-action X-Men universe, along with Andy, Lorna and Sage all defecting to their side. This would seem to indicate that proposed story ideas for the FOX network’s aborted X-Men spin-off show, Hellfire are being re-purposed and used for The Gifted instead. You won’t get any complaints from me there, especially with the looming Disney-Fox merger threatening to kill any future projects for Fox’s standalone X-Men universe at any moment.

As for how this season premiere specifically fares however, “eMergence” proves to be a very thrilling start to The Gifted’s second season, with high stakes for both sides, as the surviving Mutant Underground migrates to Washington to continue evading the watchful eye of Sentinel Services, while also searching for their lost members, and the Inner Circle of the Hellfire Club tries to prepare for the imminent birth of Lorna’s child. Before Lorna’s pregnancy properly concludes however, we also get a big change in management six months earlier (likely shortly after the events of The Gifted’s Season One finale), as Reeva Payge, the new Hellfire Club leader, violently seizes power when the rest of the Inner Circle won’t agree to her plan to bring Lorna and her baby into the fold. While seeing a display of Reeva’s paralyzing sonic powers as the Frost Sisters shoot all of the Inner Circle’s leaders dead is undeniably cool, it also feels disappointingly rushed and easy to see Reeva so quickly seize power. The Hellfire Club’s Inner Circle is supposed to contain some of the most powerful, wealthy and evil mutants in the Marvel Universe, and yet, in The Gifted, they all go down like chumps, which is kind of pathetic. If they were that easy to kill, how the hell does the Inner Circle even function?! Have they seriously somehow never been attacked by their fellow mutants before?! 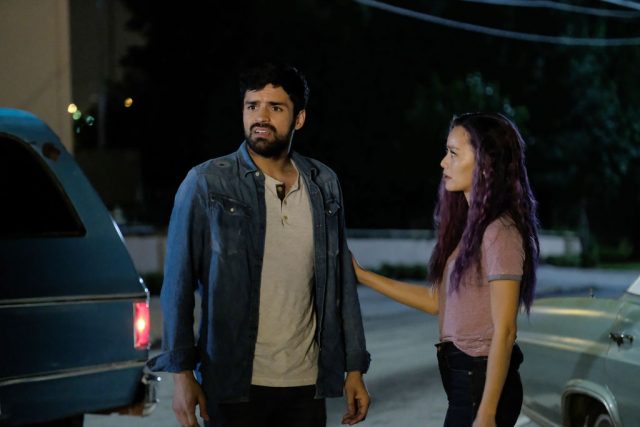 Barring that nitpick though, the rest of the episode contained no shortage of tight storytelling and tension, as the show smartly and quickly develops new challenges and conflicts. We see the Strucker family continuing to treat injured mutants and get them to safety, as Sentinel Services continues to grow more ruthless and deadly (they’re now at the point of shooting dead any resisting non-mutant civilians on the spot!), while Marcos has become consumed with the obsession of trying to find Lorna again. We also see that John and Clarice have started a romantic relationship (I guess the late Sonya did them a favour after all), Lauren is having very vivid dreams about her missing brother calling her to find him, and Reed’s suppressed mutant abilities appear to be manifesting again, suggesting that the mutant cure prototype he was given as a child is somehow starting to wear off (this would track with the events of Fox’s X-Men movie canon, wherein even the final mutant cure from 2006 movie, X-Men: The Last Stand is shown to eventually wear off). This certainly made for a busy season premiere in terms of story developments, but it was great to see the show so quickly and effectively move on from the battles against Turner, Campbell and the Hounds, while still not sacrificing the compelling, morally ambiguous political and ideological conflicts that have made The Gifted such a compelling small screen take on Fox’s X-Men universe.

Many of these character developments are no doubt being set up to be explored later in the season, but we did get some particularly effective scenes with Caitlin especially, who is now officially the only non-mutant agent of the Mutant Underground. It turns out that, even without powers, Caitlin is becoming a force to be reckoned with however, particularly when she gets Marcos out of a jam after a tense visit to a mutant hacker named Wire, who digs into the Hellfire Club for them. Caitlin ends up taking a bullet graze to the side, but seeing her be the one to take control of Wire and his thugs, and get what she and Marcos came for, speaks both to how surprisingly resourceful and skilled she’s starting to become as a fugitive, while also nicely indicating just how far she’s willing to go to find Andy again. This is great, since Caitlin’s character really has to stand out now, on account of her being the only non-mutant who is currently serving with the Mutant Underground. Fortunately, the show is proving that Caitlin doesn’t need powers to kick ass, and that’s great to see! 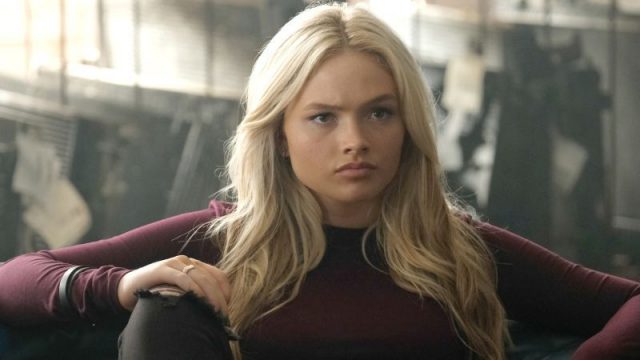 Speaking of Andy, he’s apparently struck up a tight new friendship with Lorna (along with a slick new platinum blond hairdo), who is clearly a key part of Reeva’s and the Frost Sisters’ plan for their mutant-driven utopia. These quieter scenes with Andy and Lorna were an inspired way to take a breather at the right points, in what was otherwise such a busy and intense season premiere. Things like Andy suggesting terrible baby names, or assuring Lorna that everything will be okay when she becomes uncertain about being a mother, is essential for reminding viewers that even the members of the Inner Circle are fighting for humanity in their own way, and they are still very much people just wanting to be recognized as people. That said, it does feel like the episode wimped out a bit in terms of potentially pitting Lorna against her new masters, when she tells Andy to protect the baby if Reeva chooses to kill it, only to have this not end up going anywhere. All it led to was Andy briefly standing in the way before a pep talk during Lorna’s actual giving birth, and that was a bit of a let-down. Still, I imagine that Lorna entrusting Andy with the personal duty to protect her child is bound to come back into play later, especially since Andy still seems to be looking for a fight more than ever with the start of The Gifted’s second season.

It’s pretty clear that the highlight of the episode is its climax as well, which created a devastating, fast-paced scenario of mutant mayhem, even without there needing to be a fight in this case. When Lorna finally goes into labour, the entire city seems to start suffering electrical disturbances, which Caitlin and Marcos eventually put together is related to Lorna’s powers going out of control, since she’s giving birth. The combined tension of the Inner Circle having to try to get Lorna through a mental block and skyrocketing blood pressure, as even a stone building seems to be threatened by any large metal objects nearby, while Marcos and the rest of the Mutant Underground try to follow the electrical disturbances to Lorna, was really exciting, even if you have to wonder why no one is outside when Washington’s entire power grid seems to be coming apart! Still, having the disturbances stop just shy of the Mutant Underground successfully tracking down Lorna, while Lorna finally successfully gives birth to a daughter (whom she names, “Dawn”), after some mental encouragement from the Frost Sisters, ended the episode on an exceptional mix of heartbreak and hope in equal measure. The season has only just started, but seeing the real anguish behind the division of the Mutant Underground protagonists finally properly play out was highly dramatic and rewarding, specifically in seeing just how brutally Lorna’s and Marcos’ child ended up coming into this world. 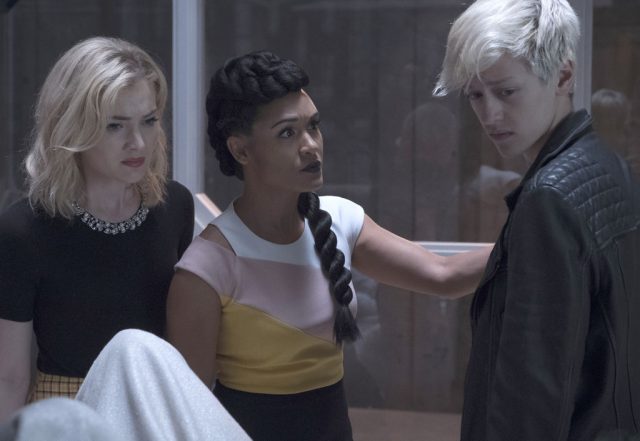 “eMergence” is an overall strong start to The Gifted’s second season, particularly in how well it sets up a new series of conflicts that could be even more exciting than the ones that preceded them! The present divide between the lead characters is being explored in interesting and emotional ways all around so far, without degrading into a simple ‘good-vs.-evil’-style conflict. Even without the biggest and most well-known Marvel mutants at its disposal, The Gifted remains very much in tune with what makes any X-Men story so appealing, namely that you can often clearly see the validity behind both sides of a conflict, with battles between the various factions of humans and mutants rarely yielding any easy answers. The Mutant Underground are fighting for the common people, but is it a fight they can even win anymore? The Hellfire Club, meanwhile, has extreme methods, but so far, they haven’t really endangered anyone outside of their own halls, nor do they want anything more than safety and security for mutants. It’s hard to see who has the right idea at this point, and this continues to make The Gifted a worthy and welcome addition to Fox’s live-action X-Men canon, one that doesn’t appear to have hit a sophomore slump at all!

The Gifted 2.1: "eMergence" Review
The Gifted begins its second season on a dramatic, exciting and emotional note this week, as both sides of the new mutant conflict face significant challenges.
THE GOOD STUFF
THE NOT-SO-GOOD STUFF
2018-09-26
84%Overall Score
Reader Rating: (0 Votes)
0%