The Gifted really started to heat up last week, now that the Mutant Underground and Inner Circle have had their first proper interaction with each other, following Marcos being forcibly kidnapped to heal the jaundice-afflicted Dawn. That led to an especially exciting episode that presented great promise for things to come, and the storytelling got even better in this week’s episode to boot! “outMatched” is another episode that beautifully plays with the moral ambiguity shared between humans and mutants, running the gamut when it comes to a whole new interpretive level of self-preservation and so-called ‘heroics’.

Despite the Inner Circle very much remaining a presence on the show, this episode pretty much entirely unfolded from the perspective of the Mutant Underground, as they try to revisit Wire to figure out what the Frost Sisters were up to at the health department. Surprisingly though, they learn that Wire was killed by the Frost Sisters, and that his brother, Graph is among the only survivors from Wire’s hacker group. After a brief shotgun-related scuffle with John, Graph ends up knocked out and taken back to the Mutant Underground’s hospital hideout, where he must stare down an increasingly desperate Caitlin, who quickly sees Graph as the only way to learn Andy’s whereabouts. 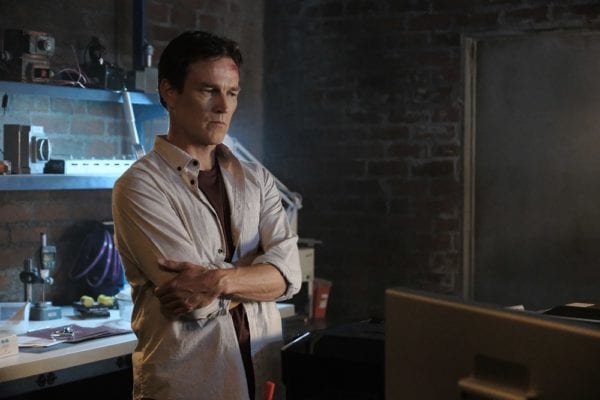 Caitlin definitely made an impression during her initial visit to Wire in The Gifted’s second season premiere a few weeks ago, but that was nothing compared to what she has in store for Graph! When Marcos finds that he doesn’t have an effective means of coercing Graph into tapping into the hospital network to learn where the Inner Circle is headed next, Caitlin shoots Graph, a Kick user, full of a cleanser drug that sends him into violent withdrawal. This is questionable enough, since Caitlin is ruthlessly torturing a prisoner of the Mutant Underground, but it gets even more uncomfortable after Graph does discover where the Inner Circle is headed next, and Caitlin promises him all the Kick he can handle if he keeps tracking them within their new location, a mental hospital that houses a large wing of captured mutants.

Caitlin beautifully demonstrated the question of how far one should go to supposedly rescue the ones closest to them, despite everyone else around her practically screaming that Andy is gone, and can’t be recovered. These actions with Graph did indeed represent a very dark turn for Caitlin, even if it came from a very relatable place, as she keeps pumping Graph full of Kick, particularly when he runs afoul of Sage trying to shut him out from the mental hospital’s security network. Caitlin gets Graph high enough to push through, allowing Reed and Caitlin to keep watch while Marcos, Clarice, John and Lauren go on a mission to confront the Inner Circle, but around the time that John and Clarice actually make it to Lorna and Andy, Graph overdoses, and nearly dies, leaving Caitlin and Reed without surveillance in the process. Caitlin and Reed manage to revive Graph in the end, but as Reed bluntly states, Caitlin is unrecognizable at this point. We, the viewers know full well that Andy is all in on the Inner Circle’s vision, but Caitlin’s denial became so powerful that it nearly killed someone! As much as Graph is a junkie and a criminal, I doubt that the Mutant Underground, and particularly Reed, is just going to let this go. 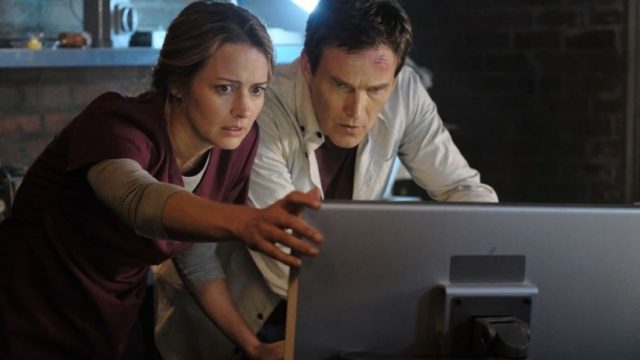 The high stakes were also nicely upheld when Lorna and Andy actually do get cornered by John and Clarice at the mental hospital, leading to Lorna releasing all of the unstable mutant patients, and thus covering her and Andy’s escape while they make off with a mysterious mutant prisoner. We don’t yet know who Lorna and Andy were after, but this mystery person is apparently so crucial to their mission that Andy even violently tosses Marcos and Lauren out of his way, resulting in Lauren being considerably injured. The Mutant Underground at least tries to rescue as many of the captive mutants as they can, and they logically get away with it undetected as well, since the Frost Sisters seemingly coerce the hospital staff into admitting that they’ve been unlawfully imprisoning and torturing mutants to the media, distracting them from the Mutant Underground’s presence at the hospital. This was an interesting shift that seemingly painted the Mutant Underground as the villains (patient rescue notwithstanding), while the Inner Circle looked more like heroes, even to real-world human audiences. It’s when The Gifted creates morally and philosophically deep conflicts like this that it really stands apart and soars as a superhero drama, especially since it’s presenting more grounded conflicts that are very far removed from the larger-than-life battles of the X-Men, the Mutant Brotherhood and other such Marvel mutant factions.

Things were rounded off by a subplot with Jace Turner, who is now languishing at a motel, unsure of how to proceed with his mission. Jace’s subplot still didn’t quite keep pace with the standout story arc of the Mutant Underground that dominated most of the episode, but it did provide an effective dramatic cooldown for an episode that was pretty heavy on action and intensity. Turner’s wife ends up properly leaving him during this subplot, which pretty much puts Turner at rock bottom, just in time for the cop that he spoke to at the Washington P.D. to contact him and meet him at a diner. In a pretty great twist, it turns out that this cop is one of the Purifiers, the KKK-esque mutant hate group that has been very frequently referenced across many struggling mutant characters’ backstories on this show. The cop wants Turner to join the Purifiers, which Turner initially refuses to do, though he seemingly changes his mind after the events at the mental hospital make the news. Turner may hate mutants, but he is an honourable character that’s just trying to find justice for his daughter, so seeing him join the Purifiers, while it does present promise, does feel like it happened a little too quickly, even considering that Turner’s wife just left him. It might have been good for Turner to stew for an episode or two before making the decision, especially since human hospital staff confessing to mutant torture shouldn’t logically be seen as a pressing threat in Turner’s mind, but I suppose that is a pretty minor nitpick. 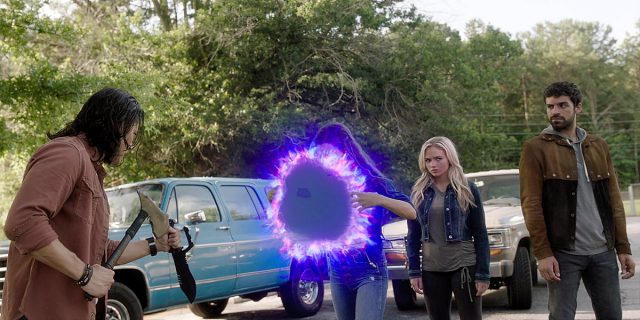 Regardless, The Gifted still hit a pretty superb high note with, “outMatched”, delivering a very gripping, action-packed episode that provided a fantastic spotlight on the eroding morals of the Mutant Underground. Lauren, Marcos, John and Clarice still mostly looked like heroes in the end, as they saved the lives of numerous traumatized mutants after Lorna frees them from the mental hospital’s confinement, but the Strucker parents remain in a very tight moral quandary by the end of this week’s episode. Caitlin is now a torturer, an enabler and a near-murderer after what she pulled with Graph, while Reed’s latest mutant flare-up after hearing about Lauren’s injury leads to Caitlin witnessing just how addicted to pills Reed has become. As much as characters like Marcos, John and even Clarice are seasoned activists that would feel right at home in the moral ranks of the X-Men at this point (hell, Clarice even fully joins the X-Men in this universe in at least one potential future later on, according to the events of 2014 movie, X-Men: Days of Future Past), the brewing war for mutant-kind seems to be taking its heaviest toll on the Strucker family, who are, all things considered, still just an ordinary family trapped in extraordinary circumstances.

The Gifted is taking a week off next week, on account of the World Series, but man was this an excellent note to begin that two-week wait on! Thanks to the first proper battle between the Mutant Underground and the Inner Circle, we now have a bunch of mentally unstable and traumatized mutants running free, a new social media campaign for mutant rights spawned by the hospital staff’s public confession, Turner joining the Purifiers, and the Strucker family coming apart on a whole new level! There’s a lot to look forward to on The Gifted at this point, and now that the Inner Circle has claimed whoever they were after, taking no losses in the process, the Mutant Underground is no doubt only going to face greater challenges in the weeks ahead!

The Gifted 2.4: "outMatched" Review
The Gifted soars to a superb high note this week, as the Inner Circle goes after a dangerous mutant, while Caitlin completely abandons her morality to get closer to Andy.
THE GOOD STUFF
THE NOT-SO-GOOD STUFF
2018-10-17
92%Overall Score
Reader Rating: (0 Votes)
0%