Drew Goddard is a name that fans of memorable television are likely well familiar with by this point. Having written and produced for shows like Daredevil, The Defenders, Lost, Alias, The Good Place and Buffy the Vampire Slayer, Goddard has made his mark in many esteemed places throughout modern genre television. Though his specialty primarily appears to be on the small screen, Goddard has also picked some careful moments to stand out in film too, having penned the script to 2008’s original Cloverfield, before making his feature directorial debut with 2012’s superb horror-comedy, The Cabin in the Woods.

Goddard has taken his time following up The Cabin in the Woods with another big screen writing and directing effort, despite that movie’s success, instead returning to television for the next several years. It seems that he had another interesting idea in him though, since one of his spec scripts, a little pitch called Bad Times at the El Royale, ended up being purchased by 20th Century Fox, which in turn led to a promising new directing and producing gig for Goddard as well. This script suddenly being made likely had something to do with Fox wanting Goddard to write and direct their planned X-Force movie (a movie that will likely never happen now, considering that the Disney-Fox merger will soon see Marvel Studios regaining the film rights to X-Men and all related Marvel properties), but however it came together, Bad Times at the El Royale presents a promising spiritual successor to Cabin in the Woods, this time subbing a deconstruction of the horror genre for a deconstruction of the crime-thriller genre. 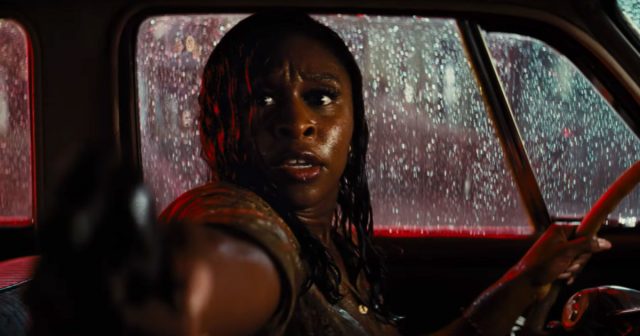 Despite its creative ambition, Bad Times at the El Royale isn’t shy about wearing its inspiration on its sleeve, as it’s quite clearly aping the style of Quentin Tarantino movies like Pulp Fiction and Inglourious Basterds, right down to the transitional title cards that play before each major episode-like perspective shift. Much like those movies, Bad Times at the El Royale is all about exploring the separate stories of an all-star ensemble cast with varying agendas, before bringing most of them together in an explosive climax. The difference here however is that every character presents a potentially unreliable perspective in this case, leaving you unsure of who to root for or who to trust. It is indeed a pretty bad time at the seemingly innocent El Royale, as everyone seems to be up to something, and it’s initially impossible to determine who’s up to no good.

That’s why it’s pretty frustrating that Bad Times at the El Royale doesn’t quite manage to stick the landing, coming together in a climax that is indeed explosive, but doesn’t quite do justice to all of the players involved. The build-up is great, especially with so many strong performances carrying audiences throughout the movie. The celebrity-packed cast does present an incredible air of prestige that helps to hide the seediness underneath the surface of the El Royale, but due to an overlong presentation that doesn’t manage to effectively serve every perspective, Bad Times at the El Royale doesn’t quite manage to be all that it could have been. It’s plenty entertaining, and well worth checking out if you’re a fan of one or all of the actors involved, but you also have to have a bit of patience, especially when it takes well over two hours to finally get to the end of this study in dishonesty and self-destruction.

Bad Times at the El Royale is definitely a movie that banks heavily on surprising audiences, so it’s difficult to say much about the characters without risking significant spoilers. What I will say is that the movie outlines our lead players rather quickly, focusing mostly on the big names at first. Aside from hotel concierge (and seemingly the hotel’s only employee), Miles Miller, played by Lewis Pullman, we also have Jon Hamm as Dwight, a charismatic salesman, Jeff Bridges as Daniel, a priest, Cynthia Erivo as Darlene, a singer, and Dakota Johnson as Emily, a mysterious drifter. There are a few other players that make themselves known later in the story, most notably Chris Hemsworth’s ‘surprise’ presence (despite the trailers liberally giving away that he’s in the movie), a shady cult leader with his own agenda, but a big part of the entertainment behind Bad Times at the El Royale is seeing the puzzle box slowly assemble itself, trickling out information to the audience that may or may not be trustworthy. 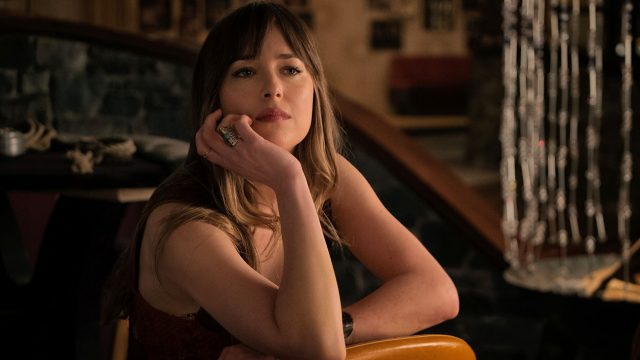 Not everything is as it seems, and for the first two thirds of the movie especially, Bad Times at the El Royale is truly riveting. That’s because this is when the actors can play to the movie’s strength of bolstering the intrigue and keeping the audience on their toes. It’s in the final act where everything sort of comes apart more, stripping away all of those promising secrets in favour of an imbalance that suddenly shifts towards raw carnage and destruction. There are highlight moments in this climax, but Bad Times at the El Royale works best at a slow burn, when it still hasn’t shown us every trick up its sleeve. Unfortunately, there comes a point where the movie overplays its hand however, and by then, we still have about a half-hour of it left to sit through, a half-hour that just doesn’t end up carrying the impact that it deserves to. I wish I could explain why, but it’s tough to do so without spoiling the movie. Thus, all I can say is that the characters are great, and the mysteries are greater, but some character arcs really feel like they’ll leave you wanting by the end.

Again, that first two thirds of Bad Times at the El Royale is really great, which is why the movie sometimes suffers from some of its dogged pacing. That might seem strange when I also say that Bad Times at the El Royale works best at a slow burn, but pacing issues still creep in when the movie loses so much steam towards the end. It makes you wish for a more smoothly integrated climax that doesn’t feel like it sweeps so much character and story work under the rug, sometimes leaving the wrong things to the imagination, and sometimes focusing too much on secondary story arcs that don’t truly add any real emotional or thematic impact to what’s going on. I can respect that there’s a lot of moving parts to a crime-flavoured mystery on this scale, but Bad Times at the El Royale can’t quite manage to keep all of its many balls in the air, despite its impressive ambition in the early stretches especially. 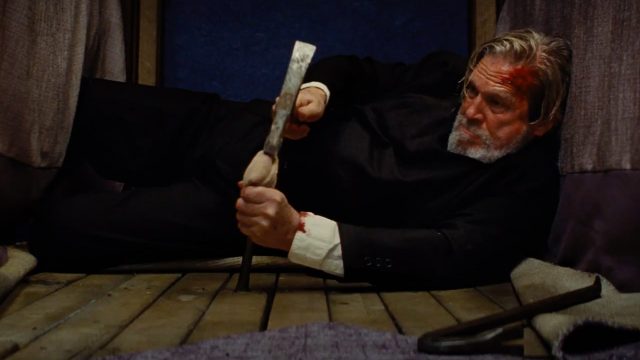 When the movie nails a story element though, it really nails it, successfully calling back to that extra sophisticated 1960’s era of suave and sexy thrillers. There is a sense of diminishing returns however, thanks to a mystery that can’t quite stretch itself across its rather excessive 141-minute runtime. That said, so much of Bad Times at the El Royale’s writing is nonetheless very good, being both witty and shocking. I’d even say that its criminal storylines hit more often than they miss. That said however, this also means that when the criminal storylines of the movie do miss, they miss by a mile, and they become gradually more likely to miss as the movie goes on, even if most of the misses are at least constrained to the final act. The story is however a cool and memorable set of experimental parts for all of the actors involved, with Bridges, Pullman, Erivo and Johnson being especially big standouts among the ensemble. If nothing else, I can respect the sheer level of creativity behind the production, even if this mystery does start running out of steam in its final stretch.

Goddard has proven to be just as talented a director as he is a screenwriter, and his direction really is sharp throughout Bad Times at the El Royale. Being able to work from his own script, Goddard’s direction brings the El Royale to life with aplomb, making the scenery almost feel like a character in and of itself, as the characters’ secrets are probed, and their lies are eventually exposed. The way that Goddard gradually peels back the glitzy veneer of the El Royale is really remarkable, allowing the movie to descend into pure chaos by its climax. The chaos may not feel wholly earned, especially when the true threat behind everything makes themselves known with a bit of a head scratch, but the conviction with which Goddard brings his script to life nonetheless drips with style and intrigue, being just as eccentrically inspired as it is undeniably sinister. 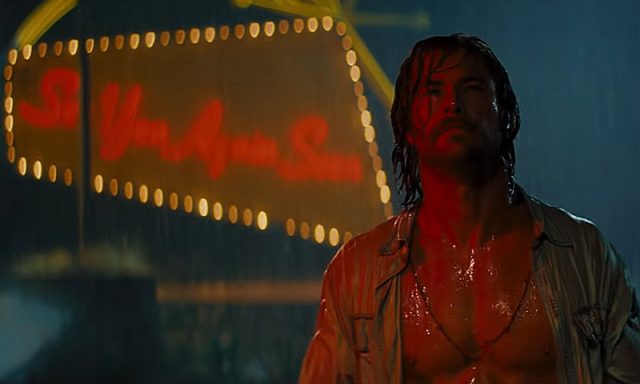 In fact, if anything, it sometimes feels like Goddard had a little too much creative control over Bad Times at the El Royale, which might also explain why it’s at least twenty minutes too long. This is why I speculate that Goddard being given funding to make Bad Times at the El Royale could have very possibly been some sort of favour in exchange for Goddard signing on to do the X-Force movie for the studio (even if, like I said, this is all but useless to Fox now, since they’re about to lose control of the X-Men film rights after they’re acquired by Disney), since it really feels like Fox more or less stayed out of production. In a way, this is good, since it helps Bad Times at the El Royale better stand apart from competing movies, both in terms of its style and its tone. On the other hand though, Goddard’s desire to trip up audiences sometimes gets the better of him here, which can result in unfulfilling surprises that don’t quite flow well with the rest of the story, while simply injecting curveballs for curveballs’ own sake. So much of the direction in Bad Times at the El Royale is so great, but the movie still needs a bit of a trim, and a better sense of pacing, to really get the most out of it.

Bad Times at the El Royale actually marks a pretty good time at the movies, even if it’s not quite the masterstroke of ensemble storytelling that it tries so hard to be. The ensemble of actors all shine here, as do several of the better story elements, but the momentum ends up failing because of the overlong runtime, resulting in the feeling that the movie just runs out of steam eventually. It’s still well worth seeing if you’re looking for something a little different, especially when the clever writing provides no shortage of clever humour and genuine emotion, but as much as Bad Times at the El Royale clearly wants to be a Tarantino movie, it doesn’t quite manage to be at that level.

Still, original and inspired movies like this are well worth celebrating, especially when Bad Times at the El Royale carries many more good ideas than it does faulty ones. There’s clearly a ton of conviction and energy throughout the direction and set design, making the El Royale hotel come to life just as much as its eccentric n’er-do-well inhabitants. It’s so easy to fall in love with many parts of this movie, especially for film enthusiasts, but that just makes the misfired story turns all the more frustrating. Bad Times at the El Royale certainly doesn’t manage to stand as an instant classic, but I imagine that it will find favour with a cult audience, the same kind of cult audience that Drew Goddard has built a career around pleasing anyway. I suppose in that respect, Bad Times at the El Royale succeeded everywhere it needed to, if not always where it wanted to.