After hitting closer to home with an emotionally charged Rosa Parks-centric episode last week, Doctor Who remained earthbound for this week’s mystery, which pretty much sums it all up in the title. “Arachnids in the UK” pits The Doctor and her crew up against a rather unique earthbound threat in present-day Sheffield, after all of the spiders in town begin growing to unusual size, and exhibiting especially unorthodox behaviour patterns. This also happens to occur while Yas is facing some family friction, and both Graham and Ryan are trying extra hard to try to come to terms with the loss of Grace, now that they’re both finally back home.

The unique setup behind this week’s Doctor Who scenario, which completely dispenses with alien influence to entirely involve a threat based on Earth and Earth technology, is certainly a compelling one, and one that doesn’t compromise on the scares either! That said however, in going so hard into an earthbound issue, this week’s Doctor Who episode somewhat fumbles the resolution, since its half-baked conclusion sticks out all the more, with this weird situation occurring on modern Earth, and not some fantastical alien planet during whichever foreign time period. There are a lot of good ideas throughout the episode, and most of the atmosphere and execution is pretty spot-on, but it’s a shame that this week’s overgrown spiders seemingly lend themselves to some sort of discussion about modern capitalism and animal rights that the show just as quickly seems to abandon once it’s no longer convenient. 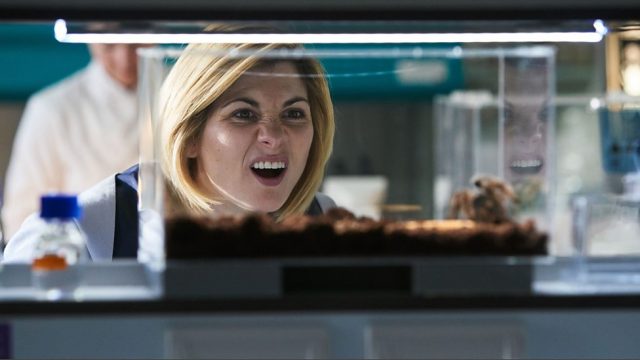 Things begin with The Doctor finally bringing her three new companions home successfully, and being faced with having to say goodbye to them. When Yas invites The Doctor up for tea however, she gets to interact with Yas’ family to hilarious effect, including her snarky sister and conspiracy-loving father. Yas’ mother, Najia meanwhile is out, working for crooked and nasty business tycoon, Jack Robertson, played by Chris Noth, that is, until she’s fired because the rooms in Jack’s newly-constructed Sheffield hotel have been covered in thick cobwebs. In fact, both Yas’ neighbour’s place and a few other locations in Sheffield have also seen unusually thick cobwebs being built. When The Doctor happens to discover that the cobwebs are being built by oversized spiders, who have already suffocated Yas’ researcher neighbour to death, she starts learning about how experimentation with spiders in Sheffield is hoping to pioneer improved technology, and how this has made the spiders grow out of control, while also acting unusually.

From here, The Doctor and her companions are brought to Jack Robertson’s hotel, where Najia was just fired from, and discover that the spiders have made it something of a base. Not only that, but everyone gets trapped inside, and has to quickly discover the mystery behind how to stop the spiders, before they all end up killed too. It’s actually a really great horror-themed idea for a Doctor Who episode, and one that feels nicely timed with the imminent coming of Halloween as well! The spider effects are pretty great too, at least by BBC television standards, and prove to be genuinely scary, grabbing and cocooning victims that are established earlier on as having a connection to Jack, and effectively painting Jack as part of the spider conspiracy that Yas’ father happens to have accidentally discovered. The tension and terror is high throughout the episode, and it’s definitely easy to get sucked in throughout the proceedings! 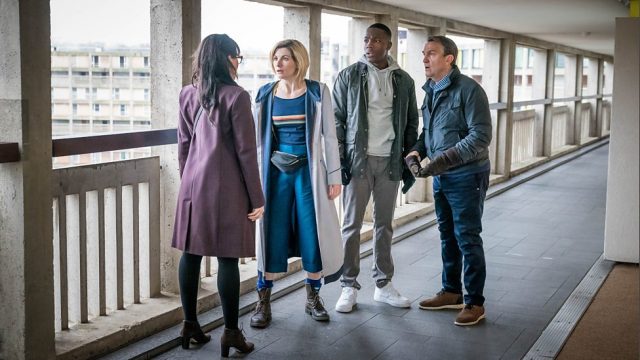 That’s why it’s a major frustration that the episode can’t quite stick the landing with this idea. The discovery that Jack’s hotel is built on the industrial waste ground of the spider research lab, which his company allegedly cut corners with disposal on without his knowledge, does present an interesting idea about examining modern capitalism and its hierarchy of accountability. The ultimate monster of the episode, the especially massive queen spider, also growing too big and suffocating itself as a result, is indeed a sad sight. Where the problems come in is the complete non-solution that the episode pulls out of its rear end, namely luring all of the spiders in the hotel into Jack’s panic room, where they can have a, “Natural death.” Yeah, no, that doesn’t work. You can’t pull the, “Natural death” crap when you’ve forced living creatures into an intentionally unnatural situation! That just makes the, “Natural death” declaration become a giant cop-out, effectively glorifying the fact that the characters are ignoring the problem and hoping that it goes away, because they don’t have the stomach to humanely put the spiders down. Plus, Ryan apparently luring all of the spiders in Sheffield (somehow) into this panic room with hip-hop music, playing off of spiders’ vibration-based food signals, is just ridiculous, even by Doctor Who standards. How exactly does that solve the problem of a quite evidently city-wide issue, because there’s no way that every single mutant spider in Sheffield is hanging out in the same hotel, especially when most spiders are very much solitary creatures!

Adding insult to injury here is that Jack shoots the queen spider dead while it suffers, and The Doctor scolds him for doing so, because it wasn’t a threat. Yeah, I hate to agree with the corporate douche, but when he says it’s more cruel to just watch the queen spider slowly suffocate to death, he’s kind of got a point. In fact, that same point stands with The Doctor authorizing a bunch of spiders starving to death and cannibalizing each other in a panic room! Why in the world would The Doctor get angry about putting a suffering creature out of its misery?! The Doctor has authorized death and genocide on a planet-wide scale before. They’ve been party to the execution of quite a few villains. They’ve demonstrated on many an occasion that they have no issue whatsoever with righteous kills.

The Doctor is supposed to be a bluntly neutral, somewhat detached presence that works for the greater good, and not the good of the individual. Knowing that then, you’re seriously telling me that Thirteen doesn’t have the stomach to euthanize a damn spider?! Come on! This rings especially hollow after last week’s Rosa Parks episode, when The Doctor quite rightly prevented her companions from interfering with the difficult history of Rosa, even though it was hard to watch unfold. That feels consistent with The Doctor. This bleeding heart schtick where The Doctor suddenly doesn’t want to see anyone or anything hurt, even when it’s very much necessary, needs to be reigned in a bit. It’s not a good look for the series’ first female Doctor to come off as a wimp. Yes, The Doctor is generally a pacifist in all of their incarnations, except for the War Doctor I suppose, but not to the extent where they suddenly can’t stomach an animal being put down when it’s quite clearly suffering, or about to greatly suffer, in the case of the other spiders! 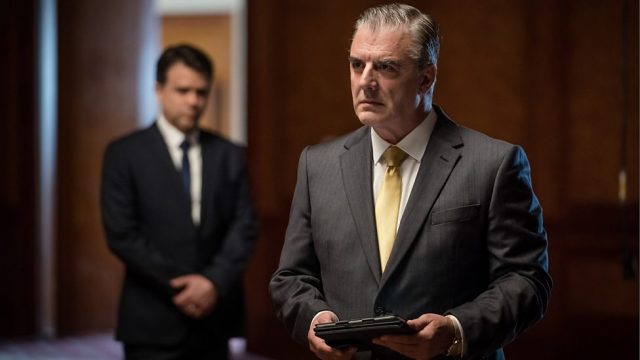 Fortunately, as the three companions face their families and losses this week, they find reasonable resolve to start traveling with The Doctor long-term. Sure, Graham seems to have the most sensible reason, finding closure from his loss of Grace and how she encouraged him to live life again, while Ryan and Yas simply want to get away from their annoying families and mundane jobs (oh if they only knew The Doctor’s recent track record with New Who companions…), but whatever the case, the stage is set for the Thirteenth Doctor’s new ensemble and their full-fledged first adventures in the weeks ahead. “Arachnids in the UK” provided a pretty solid excuse to motivate The Doctor to keep her new companions, especially with such an effectively tense scenario that managed to be entirely earthbound, and yet not feel like it was missing something in terms of threat or atmosphere. The spectacularly fumbled, practically non-existent resolution to Sheffield’s spider epidemic definitely threatened a good chunk of this episode’s goodwill, but oh well. We’ll no doubt be moving on to some fantastical alien conflict next week anyway, after The Doctor and her companions hit that TARDIS lever together in the final seconds of the episode. Hopefully no one’s been messing with the spider population there.

Doctor Who 11.4: "Arachnids in the UK" Review
Doctor Who provided a nicely scary and thrilling earthbound conflict this week, even if its awful exit strategy definitely leaves a lot to be desired.
THE GOOD STUFF
THE NOT-SO-GOOD STUFF
2018-10-29
80%Overall Score
Reader Rating: (0 Votes)
0%