After having to sacrifice a bit of momentum to get former shapeshifter and ‘new Amaya’, Charlie into the Legends’ ensemble last week, Legends of Tomorrow picked up again this week, thanks to a full return to its proper off-the-wall insanity. “Wet Hot American Bummer” takes the team to 1995, after Sara and Ava inadvertently discover a horror movie inspired by events at a childrens’ Summer camp, which obviously didn’t happen in Sara’s recollection of the 90’s. It’s naturally the work of another Fugitive, and after a few choice references to naturalistic DC anti-hero, Swamp Thing, and his well-documented connection to Constantine throughout Vertigo/DC Comics lore, it’s time for a nostalgic throwback adventure that much of the show’s target audience is bound to get a huge kick out of!

“Wet Hot American Bummer” mostly begins by hitting those fun and humourous notes that you would expect from Legends of Tomorrow on any of its frequent good weeks. We don’t see any of Nate, Gary or the Time Bureau this week, but Ava does come along with Sara on her latest mission, after seeing evidence of the latest Fugitive first-hand. Ray and Constantine round out the ensemble of fake camp counselors, providing equal insight into the girls and boys at the camp, as the latest Fugitive threat begins snatching them from a secret make-out spot. Ray and Constantine having to be foils to one another is certainly expected, especially when Ray inevitably draws attention to his own prolific background as a camp enthusiast, but more surprising (yet equally effective), are Sara and Ava having to be foils to one another in the girls’ cabin, after they end up disagreeing on how best to appeal to the girls at the camp for information. 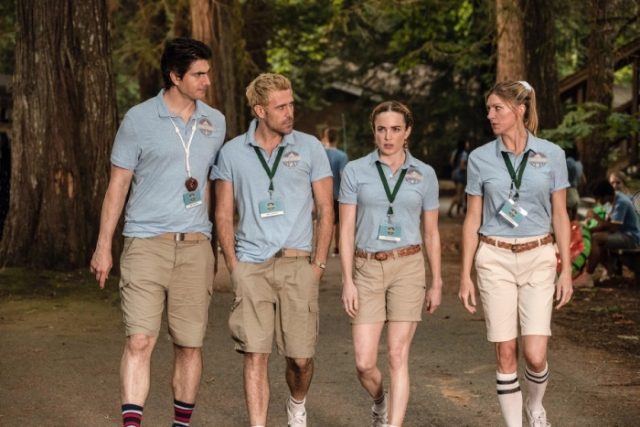 Sara’s own background as a frequent camper gives her a welcome opportunity to also let loose and get into the fun and games this week, alongside Ray, but better still is that this creates a unique conflict for Ava that even Sara fails to consider, and so will most of the viewers no doubt; Ava never had a childhood. Since Ava has become such a lovable and reliable partner to Sara, it’s easy to forget that Ava is a clone from the future, and has fake childhood memories implanted into her mind. Sara decides to try and help that by encouraging Ava to become open to the childhood experience, and this becomes even easier when the two women have to take a potion that turns them into children in order to lure out this week’s magical threat! It’s not only a clever bit that leans into the innate craziness of Legends of Tomorrow, but one that also provides a great character moment for Ava, as she has to try and blend in as a believable child, while in turn getting a chance to live a brief childhood that she was robbed of through her very creation.

So what exactly are the Legends dealing with this week? Well, after some intel from both Constantine and Charlie (more on that in a bit), the team learns that the camp is being menaced by a Striga, a vampiric, witch-like hag from old-world mythology, who feeds on the life-force of children. The obvious suspect is the cranky old head counselor, but the team is soon after surprised to learn that the Striga that Charlie is familiar with, which turns out to be the same one terrorizing the camp, is actually a young male. Turns out that the handsome, airheaded counselor that Sara initially took a dislike to is the disguised Striga, and after a brief battle that Sara and Ava both take part in, the Striga is destroyed. Yes, it was a bit of an anti-climactic final confrontation this week, despite the show’s best efforts to derive some humour from the Striga being exterminated by Sara and Ava as children. Isn’t Constantine supposed to send these creatures to Hell because they can’t be conventionally destroyed? How did Sara end up killing one with just a pointy stick? Sure, it’s, “Vampiric”, but even if you classify the Striga as a type of vampire in the Arrowverse, don’t vampire-killing stakes generally have to be silver for them to work? 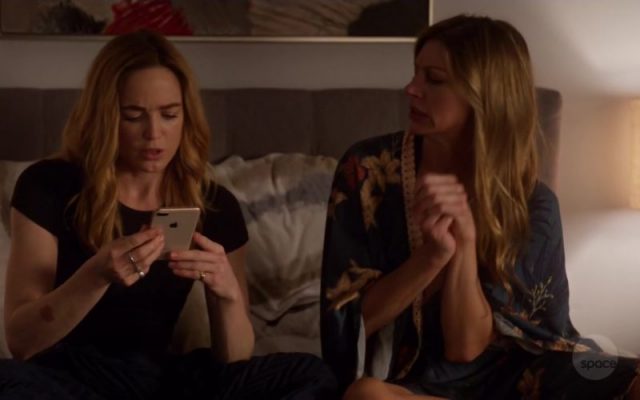 Despite how disappointingly easily the villain-of-the-week ended up being dispatched though, there is a bit of an interesting turn set up for next week through its influence. Since the Striga feeds slowly, the children are thankfully rescued alive by Ray and Constantine, but one nearly dies, despite Constantine using a vitality-transferring spell to revive the rest without much hassle. Constantine transfers some of his own vitality to save the child, but this puts his own life in danger, to the point where even Gideon can’t patch Constantine up. While this does feel a bit contrived, it does help to further Constantine along as an accidental hero who is settling in with the Legends a bit more every week, and doing so at a believable, uplifting pace. This should make it all the more difficult and heartbreaking when the dark force pursuing Constantine becomes known to the rest of the team, which I imagine will probably be around the midseason finale or so. Regardless of when that takes place however, Ray’s continued attachment to Nora Darhk should come in handy by then, and the episode does end by finally revealing where Nora has been hiding since the destruction of Mallus, namely at a Renaissance Fair. That’s strangely fitting for a real-life witch, isn’t it?

We also get a subplot that continues to build on the motivations of Charlie joining the Legends this week, though this storyline generally worked out better than the attempts to bond her to Ray and the team during last week’s episode. After Charlie successfully tricks Zari into inadvertently letting her free, she nearly escapes the Waverider, only to be cornered by Mick when all of the nearby doors shut. Mick takes Charlie back to prison, but surprisingly, he also ends up being a unique sort of comfort to her. The two end up bonding over Russian vodka as fugitives, prisoners and reformed threats that ended up getting the chance to be more through the mission of the Legends. It’s actually very sweet and effective, and leverages Mick’s unique trait of being the sole ‘villain’ on the team very nicely. Mick’s encouragement not only works to get Charlie to spill intel about the Striga, but it also motivates Charlie to give the Legends a chance, because if Mick can fit in with them, then clearly she can too. Zari also makes a token comment about learning to love the Legends when she didn’t initially, but seeing Mick end up being the surprising heart of the team this week was pretty amazing, especially when he was forced to sit out the events at the camp, where he certainly could have injected some more solid humour. 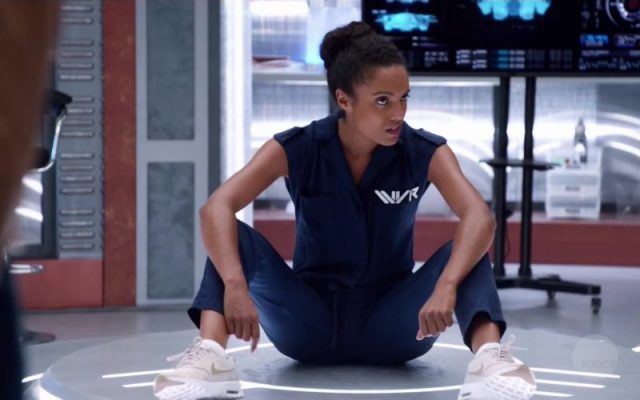 “Wet Hot American Bummer” brought Legends of Tomorrow back to strong form this week, even if its latest Fugitive threat ended up being the least compelling part of the episode. Still, the character work nicely took precedence this week, as Ava got a chance to fill in a past that she never had, and Mick ended up being the one who finally tamed the wild spirit of Charlie. We of course got liberal doses of laughs and fun to boot, with even Sara finding the chance to enjoy the nostalgia of Summer camp to be irresistible. Even with the Time Bureau completely sitting out this week’s events, the Legends delivered another quality adventure in an all-new time period this week, while also decently setting the stage for further adventures to come. Gideon not being able to fix Constantine from what should boil down to heavy fatigue might be a bit of a stretch, but at least this provides a likely and reasonable excuse to start bringing Nora Darhk back to the show, after we’ve spent so much time discussing her this season, without actually seeing her. I hope that next week’s Fugitive is a little more exciting and dangerous, but even when the monsters aren’t bringing their A-game, it’s still really hard not to enjoy yourself with the Legends when they’re clearly having as much fun as you likely are!