With the Legends’ methods being as messy as they are, it was only a matter of time before their controversial strategies started drawing the attention of the ever-nosy Hank Heywood. Hank’s shadowy agenda with, “Project Hades” was completely put aside on this week’s episode of Legends of Tomorrow, in favour of a good old-fashioned government audit that sees Hank joining Nate and the Legends for their latest Fugitive-catching mission, in order to try and justify how much money the Legends keep costing the Time Bureau. This story hook is exactly as fun as it sounds, and it leads to another especially entertaining episode for Legends of Tomorrow, especially when this strong core plot is paired with a surprisingly heartfelt subplot for Mona, just in time for her first official day working at the Time Bureau!

“Tender is the Nate” definitely hits the ground running with the humour right from the get-go, as Hank inadvertently interrupts a sexy birthday surprise to Ava from Sara, with Sara having to sneak out, only to overhear that Hank plans on cutting funding on the Waverider, which is the biggest source of unreliable Time Bureau expenses, like I said. Since Nate knows how the Legends operate, he pitches the idea to bring Hank on the Waverider for the Legends’ latest mission, which turns out to be in Paris, 1927. This gives Hank the convenient opportunity to join Sara, Mick and Nate (everyone else is benched on the Waverider, since they’re allegedly bigger audit liabilities than Mick, somehow), as they interact with a hotel full of beloved artists of the era, including Salvador Dali, F. Scott and Zelda Fitzgerald, and, to Hank’s biggest delight, Ernest Hemingway. Since Hank is a major fan of Ernest Hemingway, Hank encourages Hemingway to come along into the Parisian sewers, in order to hunt the, “Monster” that the artists are whispering about. 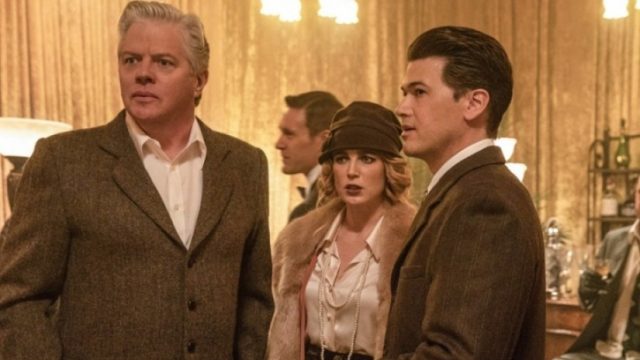 It turns out that this week’s Fugitive, the same one boasted about by the artists, is a Minotaur, which is conveniently roaming around the sewers. The beast appears to be mostly harmless, something that is later corroborated by Charlie when she addresses mis-translations in the original story of the Minotaur’s Labyrinth, but Hemingway provokes the Minotaur anyway, and this leads to it attacking the hotel where all of the beloved historical talent happen to be hanging out. Turns out, the real solution to capturing the Minotaur is not to be aggressive, but to lull the Minotaur to sleep with a lute, something that Hank initially scoffs at. The show sets up the idea of Nate finally fully rejecting his father’s ideals for him in refusing to hurt the Minotaur, leading to Hank instead taking a page from Nate’s book to finally subdue the Minotaur himself, with his own music. It’s a good idea, and Hank getting to be the one to capture the Minotaur through his own surprising musical talent was both funny and very satisfying. It is too bad however that the show seems to have run out of road for the Nate/Hank tension at this point, and has just started to repeat itself.

Something that’s even more disappointing in an otherwise very enjoyable episode of Legends of Tomorrow this week as well is that Nate and Charlie barely ended up sharing any screentime. Again, the scene of Nate meeting Charlie and naturally mistaking her for Amaya is at least very funny, especially when Nate gets decked in front of his father for his enthusiasm! Ultimately though, Nate and Charlie only have one brief dialogue scene in Paris, which, again, hints at an idea for a conflict that the show just never truly bothers to flesh out. Considering that Nate spent so much time avoiding the Waverider on account of his memories of Amaya, it seems weird that he would all of a sudden shrug off learning about Charlie so quickly and easily. Moreover, the episode’s final moments even have Nate claiming that he has to stay with the Time Bureau because it’s where he feels he belongs and can feel the most accomplished, but that conflicts somewhat with Nate yet again defying his father for the umpteenth time. Weirdly, Nate was kind of the weak link in his own episode here, with none of the attempts at creating drama around him ever really registering, or even feeling that developed. Clearly, the fun factor was the big strength this week, and the episode would have honestly been better off leaving Nate behind, and focusing purely on Hank’s interactions with the Legends on their latest mission. 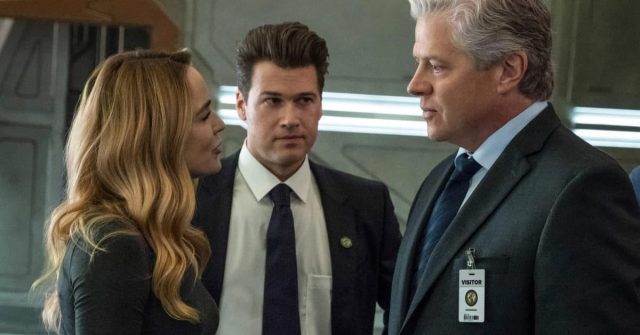 That said, the episode is still nicely rounded off with a pretty great Mona subplot. Mona’s first day at the Time Bureau has her in charge of feeding the Fugitive prisoners, which initially seems pretty straightforward. Mona quickly starts to notice that the Fugitives are living in cold, hostile conditions though, and tries to appeal to Ava to give them better, friendlier prison cells. Ava of course rejects this, and with Hank breathing down the neck of the Time Bureau’s piggy bank, I suppose it’s understandable that she does. Considering some of the stumbles with Nate’s drama, Mona challenging Ava right away in such an interesting way actually felt more clever and satisfying than any drama in the core storyline overall, even though Mona is so over-the-top friendly that she doesn’t truly realize that she’s even challenging her boss at all. This is especially evident when Mona volunteers to bring in a love letter from Ray to Nora, which Nora initially aggressively tries to reject, leading to her accidentally shorting out her cell, and trapping both Mona and Ava with her in the prison room.

Legends of Tomorrow doesn’t seem to want to waste any time fully humanizing Nora, and putting her firmly on the path to being a hero. The way that she and Ava end up accidentally bonding over the pasts that were stolen from them ended up being pretty emotionally gratifying, and Mona serving as a cheerleading presence all the while was definitely infectiously charming. The three women end up having something of a ‘lockdown’ party in the prison room, which finally allows Ava to be comfortable embracing the birthday that she normally rejects, while also allowing Mona to both keep her job, and win over Ava when it comes to making the Fugitives’ prison cells more comforting. Ava telling Nora that maybe she can eventually get out and become a better person is a pretty blatant tease for later, since there’s obviously no way that the show is just going to leave Nora in Time Bureau custody forever, but I’m also glad to see that Legends of Tomorrow is finding a clever way for Nora to try and reconcile her past, without bogging the series down in needless angst or backpedaling with Nora’s character. 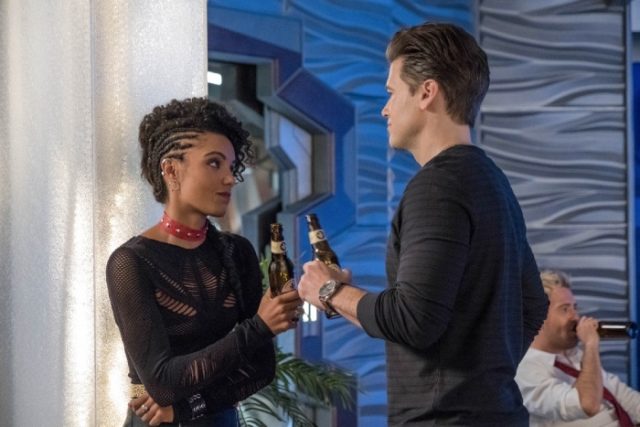 “Tender is the Nate” couldn’t find much to do with its titular hero, sadly, but it provided another entertaining and amusingly ridiculous mission for the Legends, while also delivering some standout character work for the supporting female leads at the Time Bureau. Seeing as last week’s Thanksgiving episode outed Hank as being potentially untrustworthy, it wasn’t a bad thing to spotlight how Hank is still very much an active presence at the Time Bureau, and isn’t just going to immediately sink into betrayal and villainy. We also got a pretty creative way to subdue the latest Fugitive, especially when it allowed Hank to make the capture, something that is both nicely gratifying for Nate and the team, while also potentially giving Hank an out if he ever has second thoughts about, “Project Hades”, and whatever Fugitive weaponizing that likely entails. It seems like any hope of Nate ever rejoining the Legends is officially out the window, now that he has fully committed to a future with the Time Bureau, but it’s good to see that the series is re-purposing his character without just scrapping him entirely, as it’s done with Amaya/Charlie. I’m almost sad to see the Waverider go on without a Heywood after this week, but I suppose the Legends did at least escape their audit without losing any of their ‘essential’ expenses, so that’s something!

Legends of Tomorrow 4.6: "Tender is the Nate" Review
Legends of Tomorrow provided a fun and hilarious audit for the team this week, as Hank joins the Legends for a Minotaur hunt in 1920's Paris!
THE GOOD STUFF
THE NOT-SO-GOOD STUFF
2018-11-29
87%Overall Score
Reader Rating: (0 Votes)
0%