NOTE: Spoilers from throughout the eleventh series of, “Doctor Who” are present in this review

Doctor Who made history with the debut of Series Eleven this year, namely by introducing the series’ first-ever (official) female incarnation of lead character, The Doctor. New showrunner, Chris Chibnall, who took over for former showrunner, Steven Moffat after the conclusion of Series Ten last year, didn’t stop there either. With Chibnall re-tooling the show to feature multiple companions for The Doctor, as well as a shortened ten-episode format that’s pretty much completely devoid of multi-part storylines, this is a very new, very different take on Doctor Who, one that whole-heartedly aims to embrace a cutting-edge, 21st-Century revision of the series, at least on paper.

Fortunately, for all of its sweeping changes and experimental ideas, Series Eleven of Doctor Who is mostly a big success, so long as you’re not determined to despise how the show has changed in its newest incarnation. There’s the rub though; The fundamental theme that has always run through the entirety of Doctor Who in its fifty-plus-year history is the inevitability of change, and the need to embrace new ideas and perspectives that are not your own, in order to keep growing and becoming a better person. This is a huge part of the reason why Doctor Who has endured as a television icon for over fifty years, and why the show has since gone on to become one of the most celebrated cult sci-fi properties of all time, even outside of its native U.K.! In understanding and embracing the opportunity to try something new, Chibnall’s new Doctor Who season thus embraces the core ethos of the series in a bold and powerful way, making the show feel fresher and more interesting than it has in a while, even if Chibnall’s new take on the series will certainly be an acquired taste for some viewers. 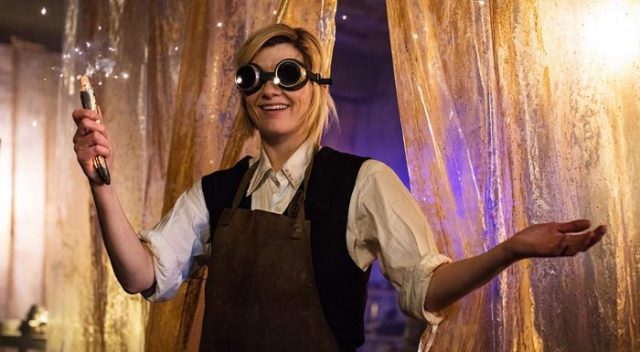 Now, to be fair, this commendable desire to change things up and explore new ideas definitely doesn’t mean that every idea in Series Eleven of Doctor Who is automatically a winner. There are some failed experiments, some less effective themes, and at least one episode that really doesn’t work. None of these occasional failings have anything to do with Jodie Whittaker’s new Thirteenth Doctor however, nor her new trio of companions. Whittaker is an obvious highlight for the season, playing the new female rendition of The Doctor, and in turn providing an upbeat, over-the-top playful take on the character, one that provides a nice contrast to Peter Capaldi’s grumpy and amusingly imposing Twelfth Doctor to come before. It obviously helps that Chibnall and Whittaker have a professional history in place already too, having worked together on BBC murder mystery, Broadchurch several years beforehand. Whittaker’s Doctor doesn’t quite manage to achieve the same highlight status as the likes of Tom Baker or David Tennant, but this is only her first season, so I imagine that her best storylines are probably still ahead of her.

The three-companion approach will also take some getting used to, perhaps even more so than the female Doctor, but by the end of the season, this new ensemble of personalities will likely have grown on you quite nicely. Older companion, Graham is likely the strongest of the three companion personalities as of Series Eleven, with Graham being a surviving cancer patient and step-granddad to one of the other companions, Ryan Sinclair, who loses his wife in the season premiere, along with his reason to carry on. Graham is initially impatient and rough around the edges, but he really does come into his own as a character by the latter part of the season, as he learns to face his grief and move on, even when he initially has nothing else to live for. As much as Ryan and the third companion, Yas Khan, also benefit from their adventures with The Doctor in many ways, it’s Graham that likely needs her influence most, and seeing Graham both open up as a person, and gradually repair his strained relationship with Ryan, makes for one of the most satisfying recurring conflicts all throughout Series Eleven! 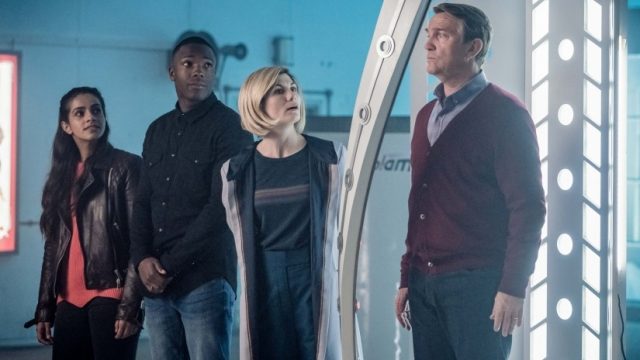 Something that may disappoint longtime fans of Doctor Who however, at least at first, is the fact that Chibnall consciously avoided any featuring of The Doctor’s classic enemies throughout his debut season. There are no Daleks, no Cybermen, no Ice Warriors, no Slitheen, no Nestene, no Sontarans, no Master, no Davros, no Great Intelligence. Instead, Chibnall aims to make his mark by introducing all-new monsters, from the adorably menacing P’Ting in, “The Tsuranga Conundrum”, to the misunderstood Thijarians in, “Demons of the Punjab”, to the violent and filthy Morax in, “The Witchfinders.” The biggest among these new alien obstacles however are no doubt the Stenza, namely their dangerous representative, Tzim-Sha, whom The Doctor mistakenly keeps calling, “Tim Shaw.” Both the season premiere and season finale feature Tzim-Sha/Tim Shaw as the main antagonist, with the season’s second episode also incorporating the Stenza and their advanced war technology as a key threat. Chibnall’s clearly very proud of this race and this one monster, though Tzim-Sha/Tim Shaw is certainly no Davros or Master at this point. He’ll need a few more compelling storylines before he could hope to reach that level.

Speaking of storylines, most of Series Eleven was filled with some standout ones. My personal favourite was the outstanding, “Kerblam!”, which provided a fun setting and an especially twist-filled mystery, as The Doctor and her companions infiltrate a galactic-scale mass merchandiser. “It Takes You Away” was another of the season’s strongest episodes, particularly since this served as the main means through which the season took on one of its core themes of grief and letting go. It was disappointing that the season finale, “The Battle of Ranskoor Av Kolos”, ended up being a bit of a disappointment, since it was nowhere near as interesting or impactful as its title made it sound, but the low point of the season was easily, “The Tsuranga Conundrum”, which unfortunately suffered a lot from lousy writing, as well as a concept and monster that failed to live up to their potential. Series Eleven’s storylines still hit far more often than they missed though, even with a few overdone themes and some obnoxious commentary in certain episodes, particularly on account of wanting to please the sometimes intrusive desire to appeal to the ‘social justice’ obsession of modern Millennials.

Overall though, the ten-episode run for Series Eleven also leads to an increase in special effects potential, and a tight, pleasant season that should be easy to binge through once it inevitably hits streaming platforms and home media. Doctor Who has made a lot of big changes this season, but most of them manage to work, particularly thanks to a new Doctor that is fun, resourceful and badass in her own right, while mostly avoiding the feeling of her altered gender becoming an attention-grabbing gimmick. Like I said, Series Eleven’s altered direction won’t be to everyone’s tastes, especially not at first, but you should try to stick with it. This is a season that rewards patience and an open mind, allowing the show to expand with some cool new story possibilities, and in that respect, it feels very true to what Doctor Who has always fundamentally about; Opening your mind to something new and unexpected. It’s not perfect, and there’s still room to grow during Series Twelve in 2020, but Series Eleven feels simultaneously like something very faithful, yet also very novel and unique, for Doctor Who. I’m definitely looking forward to seeing what’s next for the show!

Doctor Who: Series Eleven Review
Series Eleven of Doctor Who embraces some controversial changes, but while it may not be perfect, it is nonetheless a smart, thrilling and fun new season that makes the series fresher than it's been in years!
THE GOOD STUFF
THE NOT-SO-GOOD STUFF
2018-12-15
90%Overall Score
Reader Rating: (0 Votes)
0%