Bald is a bold look, but it works for a lot of people. One particular ‘person’ who wears it well is Agent 47, the essentially titular character in IO Interactive’s long-running Hitman series of video games. Throughout gaming (and popular culture, for that matter), quiet and mysterious Agent 47 is known for both being bald and the distinguishing barcode tattoo that adorns the nape of his neck. Most of all, though, he’s known for the creative and often disguised ways in which he takes out his many digitized targets.

It was back in the year 2000 that Hitman: Code Name 47 released, giving gamers their first chance to get to know the enigmatic assassin. That game was then followed by Hitman 2: Silent Assassin (2002), Hitman: Contracts (2004), Hitman: Blood Money (2006) and Hitman: Absolution (2012). Complementing those releases were an HD Collection and a strategic mobile game called Hitman Go. However, with all those games having come out and the series’ popularity dwindling a little, those behind it felt there was need for a refresh. Thus, an episodic reboot that is affectionately known as Hitman 2016 was started, developed and released to much fanfare.

This generation’s Hitman has since been followed up by a sequel, that being Hitman 2; a game that is not to be confused with its similarly titled predecessor from the year 2002. Dropping the episodic nature in favour of a full release, Hitman 2 is still somewhat like its predecessor in that its different environments must be downloaded separately, their stages coming with them. Said locations total a number of six, those being Hawkes Bay (New Zealand), Miami (USA), Santa Fortuna (Colombia), Mumbai (India), Whittleton Creek (USA) and the mysterious Island of Sgail, which is fictionally set in the North Atlantic. Together, they combine missions to create a story campaign that has Agent 47 working to unravel the identities of members of a shadow organization, as well as that of his team’s Shadow Client. This story picks up after the events of the last game, and is somewhat interesting, but isn’t necessarily as memorable as it could’ve been. The good thing about it, though, is that it helps flesh out Agent 47’s childhood and individual back story, which is something that he’s struggled with throughout his digital life.

Like the games before it, Hitman 2 is a thinking man’s game, and one that rewards those who think outside of the box. While its missions provide players with up to three different targets to take out, how they go about doing so is up to them. It’s possible to simply run and gun, but the problem is that you’ll be noticed and flagged while doing so, meaning that any enemy who spots you wearing the same articles of clothing will immediately alert and fire at will. Thus, the goal is to be sneaky, using different costumes, traps, hazards and events to your advantage. For instance, it’s possible to knock out and dress oneself up as an under the weather American celebrity in order to infiltrate a movie industry event in Dubai. Sometimes, it’s even helpful to just knock out a guard and use his or her disguise. That said, certain enemies — who are basically the bosses of the level’s guards — will untangle your web of clothing based lies if you get too close, and will try to kill you after doing so.

The first true mission has Agent 47 sneaking into a seemingly abandoned beach-side mansion, in an attempt to find information about the aforementioned Shadow Client. Meanwhile, others have him doing things like infiltrating a massive American motorcar race, in order to take out a popular driver and her inventor of a father, sneaking through a jungle in order to take out high ranking members of a drug cartel and quietly moving through a quiet American suburb in order to do away with a bad guy in witness protection. There’s a good amount of variety overall, and the set-ups keep things fun.

Truth be told, this game’s campaign could be finished in an afternoon, and that’s factoring in its rather intense tutorial mission. Hitman 2 is not a very long game, and that’s something that may deter some. The thing is, though, that it doesn’t necessarily need to be. Fans of the series find fun in trying to complete missions in different ways, be it while wearing certain costumes, or avoiding detection at any cost. IO Interactive has created something that promotes this, by advertising challenges after a level has been completed. These task you with going back in and trying to beat said mission in a certain way, thus promoting replayability.

Those who purchase this thing will also entitle themselves to a legacy pack download, which allows them to install and play through the previous game’s missions and locations within this one’s engine. It’s a massive download, but it’s worth it for those who either missed the first game (like myself), or loved it so much that they want to experience it all over again. That, as well as people who simply want to have both games in one, so to speak. There’s even a combined achievement list that features the lists of both titles.

On top of the above, Hitman 2 also features a Sniper Assassin mini-game, wherein players must take out targets from a set position, using a sniper rifle. It’s an ‘arcadey’ and score-based experience, which complements the game’s Ghost Mode multiplayer scenario, in which folks can go 1v1 against one another. Last, but not least is the option to create one’s own contract mission, using all of the tools, items and locations that the games have to offer.

Those who like to perfect their runs will have a heyday here, as will people who like to fully complete games by trying every potential option. There’s so much to these stages that it’ll take many hours to get to either of those points, unless you’re absolutely spectacular at this type of game. There are tons of weapons, costumes and items to use, and each stage has some specific events that you can truly take advantage of, like following a dress maker and using his identity to slip into a well guarded location. It could easily keep someone occupied for quite some time, if they’re really into this type of game.

Truth be told, I wasn’t sure if I would like Hitman 2. Reason being is that, despite trying to get into the series years ago, I was never able to find all that much enjoyment from games like the original Hitman 2, Hitman: Contracts and Hitman: Blood Money. I even went so far as to preorder and buy Blood Money with the intention of doing everything I could to enjoy it and get into the series, but that didn’t happen and I never finished the game. I did, however, quite like Hitman Absolution, though the series’ hardcore fanbase doesn’t seem to like that one all that much. Apparently it differs too much from the main series to be a true or great Hitman game, like Splinter Cell: Conviction does with Sam Fisher’s franchise.

Hitman 2 was a pleasant surprise, though, and something that I ended up liking a lot. It took a little time to get invested within its murderous gameplay and structure, but once I did I found that I had a hard time pulling myself away from it, even choosing to skip going out for a bite in order to play some more. Even now, after finishing the game, I’m looking forward to going back and replaying some of my favourite missions, as well as seeing what the community has made. I also plan to install and complete the previous one when I have the time, because I’ve heard great things about it, too. 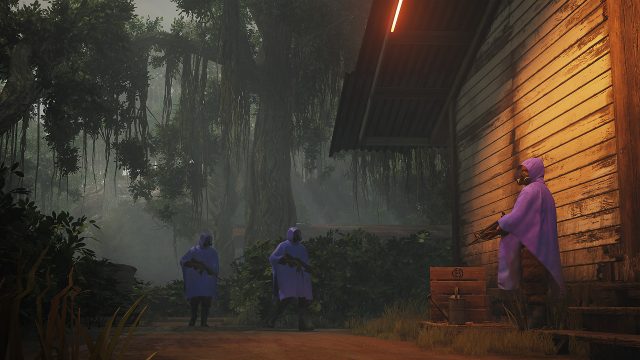 As far as presentation goes, Hitman 2 (2018) is a treat. It looks really nice, with lots of colour and a great attention to detail. Every level oozes effort and detail, and it makes them feel like living places. This is aided by scripted NPCs who live their own lives within said stages. It helps, too, that the sound quality is at a high level, with great effects, solid voice work and a lot of realistic environmental effects. Playing this on an Xbox One X was an absolute treat.

Overall, I’m happy to report that Hitman 2 is a winner. A winner that surprised me by being more enjoyable than I ever expected it to be, given my previous experiences with the series. Anyone with interest should give it a shot, because it’s one of the best games of 2018, and is well worth playing.