Supergirl set up a promising new state of affairs for Season Four’s central antagonists this week, after the midseason finale ended with Agent Liberty being thrown in prison, only to receive more support than ever from anti-alien protesters. You’d think that the fallout of this would be a big focus in the show’s midseason premiere then, but weirdly, “Suspicious Minds” completely ignores Agent Liberty, and the anti-alien movement at large. Instead, the episode seems to entirely focus on setting up new story directions for Season Four’s back half, and unfortunately, it does so with pretty mixed results.

Overall, this is a disappointingly weak midseason premiere for Supergirl, though it does admittedly have some decent moments, as well as a solid subplot that’s shared between Lena and James. Despite the show strangely ignoring the Agent Liberty storyline this week, it did at least touch on Lena’s experiments with the Harun-El, and how she’s close to finding a breakthrough in the quest to giving humans superpowers. Supergirl is certainly taking a different stance on artificial metahuman creation than, say, Black Lightning at this point, but this storyline more or less served to have James finally admit to Lena that he’s been relying on his moral high horse too much (and he has). Despite his objections, James opts to support Lena’s scientific pursuits, and the two repair their strained relationship. This was actually a nicely mature moment for the couple, while also one that didn’t pretend that James is completely abandoning his concerns. It was easily the most well-executed and satisfying subplot in this episode.

Less successful however, if still a bit promising, is a Brainy/Nia subplot that feels a little bit awkwardly tossed in to proceedings. Brainy decides to ask Nia out to dinner, something that she interprets as a date, only to learn that Brainy actually took her out so that he could propose the idea that she become a superhero. Brainy comments on how efficient Nia was at stopping Manchester Black and Agent Liberty at the steel mill during the events of the midseason finale (not counting the subsequent ‘Elseworlds’ crossover episode), and believes that she has the potential to be a hero in her own right. Nia initially rejects the idea, but is later shown looking at a binder of Brainy’s costume and code name ideas… And that’s it. That’s the whole subplot. It’s obviously meant to serve as a tease for when Nia becomes Dreamer later in the season, but this storyline definitely needed more fleshing out, and probably should have been saved for another episode.

Most of this midseason premiere’s storyline actually revolves around a mysterious attack on a boat, which leaves many soldiers dead, with Kara only barely saving one of them. Apparently, a, “Shimmer” was behind the attack, leading to Haley and the DEO quickly intervening in the investigation, and ordering Kara to stand down, since she’s no longer employed with them. Exploring the idea of how Supergirl is now affected by her severing from the DEO is promising on paper, but again, the episode weirdly glosses over it. Instead, Supergirl sticks her nose into the episode’s major alien conflict, and Haley is pretty much helpless to stop her. Of course, this ethical debate with Haley kind of becomes a moot point when evidence is uncovered that suggests that the invisible attackers are a special breed of alien assassins, which Haley helped train and condition in the past.

Again, this is a promising story idea that the episode just frustratingly doesn’t deliver on. Instead, Haley’s aggressive stance with both finding out the identity of Supergirl, and stopping the aliens, known as the Morai, simply leads to Alex throwing a tantrum, and threatening to resign from the DEO to Kara. This is the stupidest thing that the episode could have done with this story idea! First, Alex throwing a tantrum and wanting to abandon her duties at the DEO over a difference of opinion with a superior (something that she later contradicts in another situation at the end of this same episode), just makes her look weak and infantile, which is completely out-of-character. Second, rather than actually dig into Haley’s involvement with the Morai, the episode just never explains what Haley’s connection to the experiment is. Instead, the show just throws up a shrug, with Haley claiming that she left the project, and won’t say anything else. Come on, Supergirl! It’s fine to have your characters be interpretive and morally complex (in fact, it’s great storytelling!), so stop treating viewers like they’re simple-minded idiots, again!

Obviously, the Morai are eventually stopped, and one is conveniently imprisoned in the DEO’s holding area to boot. Haley ends up learning that Kara is Supergirl in the process however, which leads to Alex quickly knocking her out and stashing her in another cell. J’onn wipes Haley’s mind, which initially seems like a fair enough solution (if also an invasive one), until it becomes apparent that Haley’s desire to find Supergirl’s identity can’t be erased. Well then what the hell was the point of Haley finding out Supergirl’s identity in the first place?! Alright, to be fair, this is a plot device through which J’onn erases every bit of mental evidence in several DEO agents’ minds, specifically the ones who are aware that Kara is Supergirl. Apparently, Haley has a bullshit truth-seeker alien that can expose any lie (I know, it’s lazy writing, but just go with it), so Alex’s mind must also be wiped. This is a really interesting idea that should have been set up in a much better episode, especially since it has massive implications for the show. Alex will still be Kara’s sister, but she will no longer know that Kara is Supergirl, and that will inevitably change Kara’s dynamic with the DEO in a huge way, as well as Alex’s. 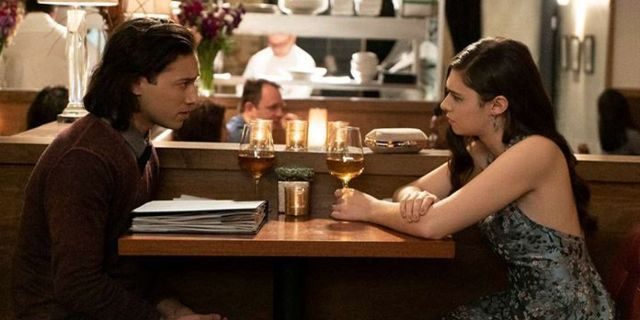 For now though, we’re stuck with a lot of half-baked, messy storytelling in this midseason premiere, which has Supergirl beginning its 2019 run on a disappointingly rocky note. “Suspicious Minds” sadly wastes a lot of its initially cool ideas, even if the Lena/James subplot is thankfully an exception. There are lots of missed opportunities to keep fleshing out Haley and her morally ambiguous politics here, but the show keeps taking the easy way out with her character, and that’s very frustrating. Moreover, setups like Nia’s deliberating over becoming a superhero, or J’onn opening a private detective agency, might as well have not even been addressed in this episode, since they just take up space in the end. There’s still some big changes in store for Kara, Alex and their dynamic with the DEO, following Alex’s mind wipe, but we won’t really be seeing real results from this turn until the weeks ahead. I wouldn’t so much mind that Supergirl is clearly trying to take a break from Agent Liberty for now, but it needs to offer something comparably compelling to compensate. So far, Kara’s post-Children of Liberty drama just isn’t really offering much of interest.