The Flash finally seemed to be hitting its stride again with the exceptional, “Goldfaced” last week. Boy, I wish it was last week again. The show went back to stumbling over otherwise promising ideas with this week’s offering, and to add insult to injury, The Flash is taking the next few weeks off, and won’t return until the start of March. “Cause and XS” did indeed start off with a really cool hook too, as Nora must keep continually going back and reversing time in an effort to save the members of Team Flash, who are all individually killed by Cicada at various points, since she always fails to stop his dagger after a kidnapping.

It’s a good thing that Nora never got hit by that dagger, but regardless, the initial hook for this episode is very cool. It’s also nice to see that the time loop isn’t forced in this case, and thus isn’t stepping on the toes of the much better time loop storyline from Legends of Tomorrow’s previous season, wherein Zari more or less completed her initiation into the titular group by surviving a time loop on the Waverider. Unfortunately though, this premise really doesn’t hold up to scrutiny here, because it has to keep inventing strained excuses to force Nora’s self-imposed time loop along. Chief among these is the fact that Nora can somehow run to the future in 2049 whenever she pleases, but somehow can’t go a few minutes further back in time than right before the Cicada issue happens? Sorry, but that’s just flat out lazy writing. The same is true of Nora being unable to jump into the Speed Force to grab her father, which is similarly never explained.

Another forced contrivance in this episode is the metahuman cure, which, for whatever reason, won’t work until it’s cooked in the Speed Force for an hour, assuming Team Flash doesn’t want to wait almost a month to actually be able to use it. Why? Who knows. Essentially, this is a transparent excuse to force Barry out of the episode by dumping him in the Speed Force, and thus shifting the focus entirely onto Nora. This could have been fine, since it’s not so bad when The Flash takes periodic breaks from its title hero in order to spotlight a bigger conflict for the supporting cast, but since the time loop storyline doesn’t feel that in-depth or satisfying, the resulting and inevitable Flashpoint lesson doesn’t fully land with the proper impact. I will say at least that Barry repeating the coffee cup lesson to Nora, about the space-time continuum and carelessly meddling with it, which Jay Garrick first told to him back in Season Three, was a really great father-daughter moment though. It just really deserved to be in a better episode that could truly wring all of the potential drama from it.

So, with Barry conveniently wasting time in the Speed Force while Cicada keeps picking off members of Team Flash, Nora has to keep repeating the same small hour or so of time, in an effort to keep trying to save the various members of the group. Also, a very awkwardly super-imposed Cecile is the one that gets grabbed at one point (geez, I wonder if they had to pay Danielle Nicolet extra to just sit there and lean over?), because otherwise, Nora would have fixed the problem once she isolated Team Flash at S.T.A.R. Labs. How does Cicada keep determining the location of all of the team members? Research, apparently. Yeah, I’m not buying it either. It’s further indication that the show is having trouble coming up with reasonable excuses to perpetuate Cicada as a credible central threat for Season Five. 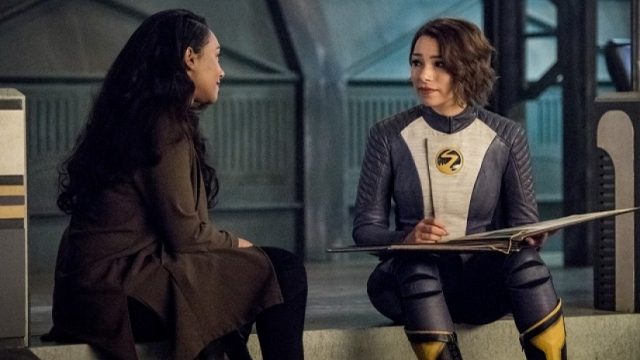 At the very least, the ultimate solution to Nora’s Cicada problem is fairly cool, once Team Flash finally figures out that Nora has reversed time fifty-two times (ha, I see what you did there, DC). Thanks to Cisco constantly vibing a failed first date with Kamilla (more on that in a second), he’s the one to ultimately put together that Nora has been constantly changing time, and thus, Team Flash decides to collaborate on helping Nora slow down and reverse time at just the right moment, so that Cicada is the one that gets hit by the dagger. Yes, once again, Nora is just immediately mastering a super-advanced, time-manipulating speedster move with virtually no training and no discipline. Ugh. Regardless, like I said, it is at least cool to see Vibe, Killer Frost and Elongated Man all breach onto a rooftop and appear to use their powers on Cicada together, only to have Nora run through, move Ralph’s hand to re-direct the dagger, slow down her speed just enough with Killer Frost’s ice, and then knock everyone back into the breach while also slowing down time. It’s a bit of a Rube-Goldberg approach, but the plan works, and the team didn’t even need Barry’s help to make Cicada run away again, and conveniently disappear. Yes, yet again, Cicada’s dark matter can’t be tracked for some reason. I don’t know, and I don’t care anymore.

Regarding the one subplot of sorts that we get in this otherwise entirely Nora-focused episode, Cisco goes on his first date with Kamilla, only to have Ralph try and force his, “Book of Love” on him, complete with dirt on Kamilla’s supposed ex-boyfriends. Every time Nora changes time, Cisco goes on the date as a different false personality, and eventually botches it. This is meant to lead into Nora learning to, “Slow down”, somehow, while also having Cisco determine that he should just be himself on the date. Well, duh! This is such an insultingly obvious payoff that it’s almost jaw-dropping. It would be one thing if these characters were in high school, and the pressure to conform and be popular would logically lead Cisco to not consider just being himself at that age, but these are grown-ass adults who are pushing 30, at minimum! They really should be old enough to know this already! I’m not about to believe that even Cisco has so little dating experience and wisdom that he would try so hard to fabricate these obviously fake, over-the-top personalities that are clearly not sustainable in a relationship! 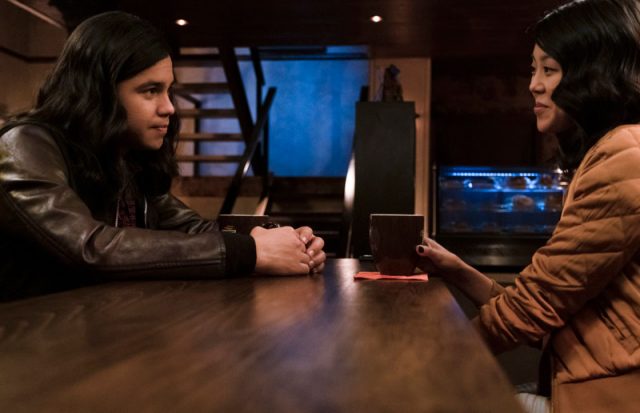 It really sucks that, “Cause and XS” is a spectacular waste of a good idea for a Nora-focused episode of The Flash, but that’s really all it is in the end. As much as there were some decent moments here and there, too much of the episode was repetitive, overly-simplified, and didn’t really lead to a truly satisfying payoff, outside of that one good Flashpoint-inspired moment between Barry and Nora at the end. Sherloque presumably decoding the last of Nora’s journal in the final seconds should at least finally tip Team Flash off that Nora is working with Thawne though. Nora revealing in the epilogue that she’s working with Thawne to change history and save her father in the future, also presents some promise for later too, but will that even work, if Barry’s disappearance in 2024 is a fixed point in time? Beyond those questions, Cicada is still failing as an arch-villain for the season, and Nora’s character is having her speedster abilities too conveniently accelerated to keep the show’s story moving. With The Flash now off the air for the next several weeks, I hope that The CW uses this time off to tighten up the next handful of storylines for Season Five’s back half, because the show seems to have no idea how to recapture the outstanding momentum from its first two seasons, and there’s still no indication that that’s going to change.

The Flash 5.14: "Cause and XS" Review
The Flash frustratingly wastes an inspired idea for a Nora-focused episode this week, as Nora constantly reverses time to save her team members from being murdered by Cicada.
THE GOOD STUFF
THE NOT-SO-GOOD STUFF
2019-02-15
52%Overall Score
Reader Rating: (0 Votes)
0%