NOTE: Full spoilers for this episode of, “The Gifted”, including multiple major character deaths, are present in this review

We’re officially in the final stretch of episodes for Season Two of The Gifted, and after Lorna’s recent indirect actions against the Inner Circle, along with the show being off for the past several weeks, the climax of the season looks like it’s finally in full swing. “calaMity” had Reeva activating the final stage of the Inner Circle’s agenda against humanity, with a cold open showing just how she became aligned with Benedict Ryan four years ago; She promised him a large media platform, deliberately amplifying his ability to sell public hatred against mutants, to some unknown end. This officially confirms that Reeva has been fully behind the Purifiers’ anti-mutant hate brigade, despite it seemingly going against her aggressively pro-mutant ideals.

How Ryan fits into Reeva’s plans is still something of a mystery, but it seems for whatever reason that Reeva wants the Purifiers running wild and killing mutants, since her next course of action is to tell Ryan to order the local Purifiers chapter to hunt down and kill the Morlocks in the sewers. Thus, the majority of this episode centers around this big Purifier attack, with a subplot at the Inner Circle rounding off the episode, as news of Max’s death eventually reaches Reeva’s mutant group, and they quickly become desperate to root out the mole that they seemingly have in their midst. All of this leads to explosive, tragic consequences on all sides, which even sees several high-profile bodies being dropped by the end of the episode! Perhaps the especially heavy character deaths this week won’t be terribly shocking to Marvel fans though, who are no doubt anticipating that The Gifted will be axed by FOX after this season, on account of the imminently-finalizing Disney-Fox merger. 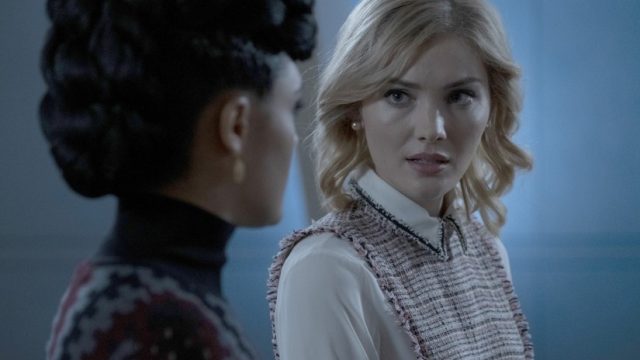 With The Gifted seemingly being on the FOX network’s chopping block at this point, particularly after official confirmation that FX’s other current X-Men TV spin-off, Legion is definitely ending after its upcoming third and final season concludes this Summer, this means that The Gifted can truly go all out with the final battle between the Mutant Underground, the Inner Circle, and the Purifiers. There’s plenty of action and violence throughout this episode as well, particularly when Ryan promises Turner leadership of Sentinel Services if he routs the Morlocks from the city’s sewers, leading a squad of Purifiers to do the dirty deed. The Morlocks do manage to take out at least a couple of Purifiers while trying to confuse them with the fake walls, but inevitably, the Purifiers do eventually make their way to the Morlocks’ living area, forcing Clarice to enlist the Mutant Underground to help rescue any Morlocks that they can.

Admittedly, I’m not entirely sure why the show bothered to have Clarice join up with the Morlocks, if she’s just going to keep constantly calling on the Mutant Underground anyway, but I guess it doesn’t matter, since Marcos, John and the Strucker family all show up to help ferry away any Morlocks that they can. All the while, Erg and the handful of Morlocks with fighting abilities try to hold off the Purifiers, while Clarice portals any mutants that she can outside to the Mutant Underground’s transports. It’s a valiant and exciting fight, but before long, almost all of Erg’s mutant comrades that stayed to fight are killed, and Erg himself just barely escapes, right before Clarice is shot multiple times as she tries to portal away herself! This was easily the biggest and most emotional shock of the episode, since Clarice reconciled with John shortly beforehand, only to end up riddled with bullets, which leaves her with pretty much no chance of survival. This would potentially negate my theory about The Gifted taking place in the aborted X-Men movie timeline that leads into the original future seen in X-Men: Days of Future Past, where Blink is alive and fighting alongside the X-Men (and played by a different actress), but either way, the episode ending on Clarice’s apparent death was very dramatic and heart-wrenching. It seems like Clarice falling into a mess of portals may leave some wiggle room here, but I’m not sure how she could have survived being shot up like that, frankly. 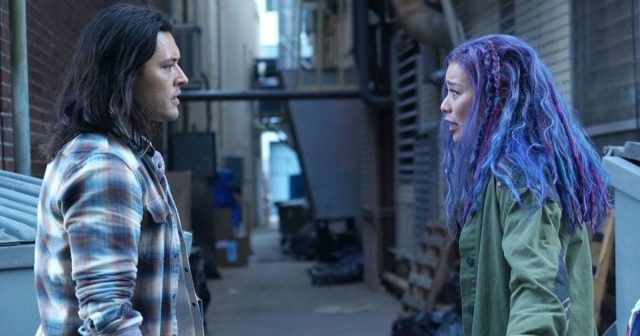 The rescue operation quickly gets complicated for the Mutant Underground at the same time as it does for the Morlocks too, especially since Reed and Lauren have both recently taken the X-Gene-suppressing serum, which means that Lauren in particular can’t wield her powers against the rapidly-approaching police. There was an attempt to keep exploring the Strucker family dynamic with the Fenris music box, and Reed making the big decision to not keep using the serum, but it all just ended up being steamrolled over by so many other big developments this week. Caitlin also talks about the challenges of being the only human in the Mutant Underground, but the show never properly explores this, despite so clearly wanting to flesh it out. Caitlin is still a badass, mind you, especially when she rams through a police barricade to get several mutants to safety, alongside a de-powered Lauren, but with only a couple of episodes left for The Gifted, it’s tough to believe that the Strucker family will have any real chance at fully realizing all of the great drama that they’re bringing to the table with these conversations.

As for the subplot at the Inner Circle, the tension with Lorna remains nicely high, especially after Reeva decides to disable all communications and passage in and out of the Inner Circle’s lair, preventing Lorna from having any way to get information to the Mutant Underground. Even the promo for the episode seemed to indicate that Lorna was definitely busted to boot, though surprisingly, there was a great curveball on offer here. After the Frost Sisters try and fail to gather intelligence around the area where Max was killed, they eventually learn that it was Sage’s terminal that tracked Max’s whereabouts in and out of the Inner Circle’s compound. This leads Reeva to conclude that Sage is the spy, and, despite Sage’s protests, Reeva executes her on the spot! This effectively puts Lorna in the clear, but at the cost of Lorna knowing that she inadvertently caused the death of her friend by trying to help the Mutant Underground. Again, the show only has a couple of episodes left to really explore the fallout from this, but regardless, this was an awesome way to keep audiences on their toes, and to create some massive unintended consequences for Lorna, right when she has to be most focused on Reeva’s ultimate plan. 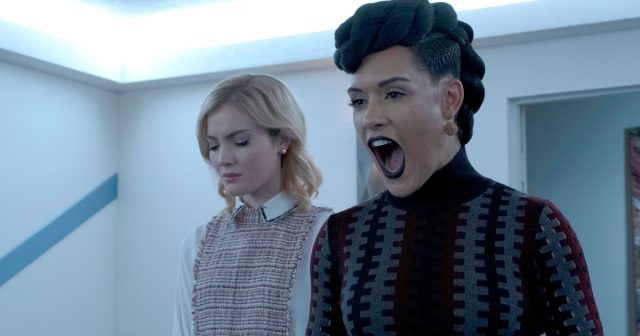 “calaMity” definitely lived up to its name, since there was a lot of death and destruction by the end of the episode. A whole bunch of Morlocks, Sage and likely Clarice are all dead as a result of Reeva’s growing bloodlust (and I guess a few Purifiers, for what that’s worth), and The Gifted once again seems to be fully embracing the idea that the Inner Circle are the bad guys, especially with Lorna now having grown disenchanted with their vision, at the cost of Sage’s life. The excitement is at a fever pitch now, and it seems like all hell is coming down on the Mutant Underground’s heads, especially since Reeva’s ultimate ambition is bound to become clear next week. We only have two episodes left to really conclude The Gifted’s sophomore (and likely final) season on a superb note, but so far, it definitely looks like the show is executing a strong, satisfying finish. The battle is far from over though. With the sewers now lost to boot, maybe the Morlocks will finally spine up and join the fight as well.

The Gifted 2.14: "calaMity" Review
The Gifted delivers a shocking, violent and overall superb episode this week, as Reeva orders the Purifiers to rout the Morlocks.
THE GOOD STUFF
THE NOT-SO-GOOD STUFF
2019-02-16
90%Overall Score
Reader Rating: (0 Votes)
0%