The Flash finally moved toward decisively wrapping up its problematic Cicada storyline a bit early in, “Failure is an Orphan”, pretty much definitively ending the metahuman killing spree of Orlin Dwyer. With Nora recalling a Flash Museum photo that appears to confirm Cicada’s final target, believing that Team Flash has reached the day when their struggle against Cicada is over, the team prepares for their grand plan of talking Cicada into taking the metahuman cure. Yes, it’s still a stupid idea, but frankly, it seems like this season has given up on a credible or engaging end to the battle against Cicada, so, whatever.

In having to keep limping along with Cicada as the season’s over-arching villain, “Failure is an Orphan” is yet another struggling episode for The Flash, despite nonetheless doing everything it can to bring the ongoing conflict against Orlin Dwyer’s Cicada to a climax in one decisive, surprisingly heartfelt final stand against Central City’s metahuman serial killer. There is a commendable effort to tie together the latest challenge of The Flash with a subplot involving Joe and Cecile teaming up to try and find Dwyer’s location, but this doesn’t work when the episode’s conflicts feel so stupid and juvenile. I’d expect the idiotic plan of, “Talk the villain into surrender” from the increasingly vapid Supergirl, but The Flash is usually smarter than this, even during its more problematic storylines. Are we really going to base an entire episode around trying to talk down a serial murderer?! 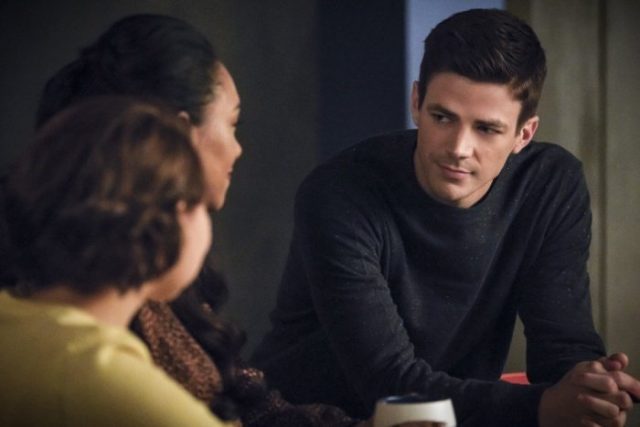 Apparently, yes, and both Barry and Nora do indeed thumb through a collection of The Flash’s inspiring speeches, believing that at least one of them will get through to Cicada. This idea of Barry being a famous hero because of his speeches feels like it’s come straight out of nowhere. Like I said, it feels like a Supergirl story hook that was awkwardly transplanted onto The Flash. The drama surrounding Iris being faced with the prospect of her daughter returning to the future is more interesting, and there are some solid scenes to this effect, but it sucks that so much of the episode has to be spent trying to come up with a speech of all things.

The subplot with Joe and Cecile at least works a little better, though even this storyline feels undercooked. The idea of Joe and Cecile teaming up, utilizing Cecile’s mind-reading abilities to help Joe sniff out suspects, is a cool hook, and something that could possibly lend itself to a solid recurring story device next season. It’s just too bad that there’s more forced drama here, as Joe chokes while interrogating Dr. Ambres, Cicada’s and Grace’s secret doctor ally, simply because he was too proud to have Cecile sniffing out the facts for him. Oh come on, seriously?! This doesn’t feel true to Joe’s character at all. Since when is Joe this proud of being an old-school cop?! Something tells me that if he was, he definitely wouldn’t have spent so many years working with The Flash! At least Barry helps talk sense into Joe, and the two are ultimately able to get Dr. Ambres to give up Dwyer’s location, but was there really no smarter way to execute a partnership snag between Joe and Cecile?

Predictably, Barry’s initial attempts to talk Cicada down are worthless, with Barry choosing to point out Cicada’s growing legacy of fear. Um, yeah, that’s kind of the whole point of Cicada’s murder spree, Barry! Want to join the rest of the class?! It’s baffling as to why Barry didn’t see fit to mention Grace here, who is starting to manifest metahuman abilities from her coma, and could be cured, alongside her uncle. Why didn’t Barry just talk straight and admit that? Cicada’s clearly a psychopath, so why would he ever care about how people think of him?! Compounding the issues here is that the show tries to toss in yet another disposable metahuman villain-of-the-week, Acid Master, a mere chemist that briefly battled Superman in DC Comics lore, but in the case of the Arrowverse, he’s a full-on metahuman who spews acid from his hands, and must constantly drink acid to keep thriving. This is a very cool idea for a metahuman criminal, so you can imagine that The Flash wastes it by almost immediately having Acid Master thrown in the pipeline off-screen. Ugh.

Regardless, when Barry finally does get the sense to mention how Grace can be cured to Cicada, he manages to bring Cicada into S.T.A.R. Labs, bringing in Dr. Ambres to administer the metahuman cure as well. With Dwyer successfully de-powered, and Cicada’s reign of terror officially at an end with no further fatalities, it seems like this is the end of Team Flash’s latest battle… But Season Five isn’t done yet, so obviously, there’s another curveball coming. Sure enough, another Cicada crashes into S.T.A.R. Labs, wielding overwhelming power that instantly KO’s pretty much every member of Team Flash, kills Dr. Ambres, and leads to Dwyer being whisked off to parts unknown. The episode then ends with the shocking reveal that the other Cicada is an adult Grace!… Yeah, I guessed that already, and so did most other viewers, I imagine. The show really didn’t do a good job of hiding this twist, since the hints about Grace becoming another Cicada in Nora’s future were way too obvious. This also obviously means that, even if one Cicada has been neutralized, another is simply set to take his place, meaning that Team Flash effectively got virtually nowhere against their latest threat, again! 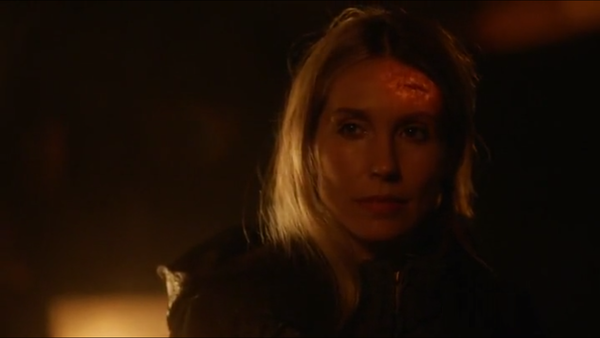 At the very least, we can put Orlin Dwyer’s Cicada to bed at long last, even with the adult Grace simply filling in as our new major villain for Season Five. The continued conspiring and timeline manipulation of Eobard Thawne in Nora’s future could still salvage Season Five’s climax at the very least, but, “Failure is an Orphan” is still being dragged down at every turn by a villain that’s just constantly being betrayed by bad storytelling. The Grace twist could have actually been good if the show hadn’t made it so blatant to boot! Grace becoming another Cicada as an adult fundamentally fits in well with Season Five’s themes of legacy and what we leave behind when we’re gone, with Cicada possibly even becoming a big new threat for Nora to face and overcome in the future, which would no doubt just keep benefiting Thawne’s agenda somehow. It’s frustrating to see these good ideas still fail to come together though, with The Flash’s latest season seemingly no closer to reliably improving, even with a new Cicada taking the place of the former one.