With the revelation of Mayhem to the show’s leads, Cloak & Dagger spent an episode focusing almost entirely around the dichotomy behind O’Reilly and Mayhem, and how the two personalities eventually end up paralleling each other in a shared, but idealistically differing effort to end New Orleans’ newest human trafficking operation. “Shadow Selves” still featured Tandy and Tyrone as allies to O’Reilly, though the focus was very much on the rise of Mayhem, and how her shaky memory of Connors ultimately leads her to becoming an increasingly lethal vigilante around New Orleans.

It certainly feels like there’s a lot of ground to cover for one hour-long episode, since the Mayhem developments are moved along pretty quickly in the latter half especially, once Tandy, Tyrone and O’Reilly fully realize what they’re up against. Even so, “Shadow Selves” is another solid episode of Cloak & Dagger, particularly in how well it plays up the stark contrast between O’Reilly and her dark doppelganger. The episode is however dragged down by some disjointed storytelling, and a few necessary narrative shortcuts, since the show occasionally has to stretch a bit, in order to keep the heroes and Mayhem following the same vague path to their criminal quarries. 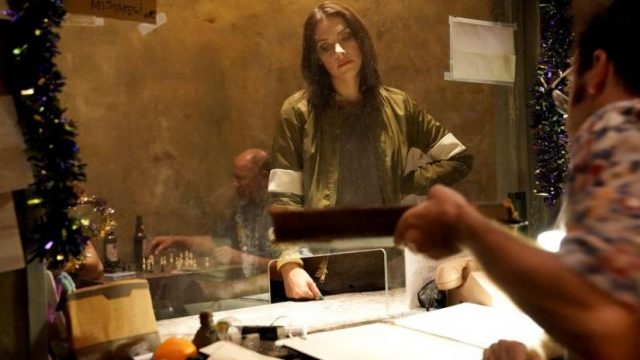 That said, the origin story of Mayhem is undeniably cool, particularly with Mina being brought back in this episode, struggling to maintain grant money while she runs a Roxxon chemical experiment with rats. Upon discovering that the rats split into two after being exposed to the chemical and feeling intense fear, resulting in a docile version and a violent version, Mina is informed of O’Reilly’s split by Tandy and Tyrone, confirming that the Darkforce-tainted water that O’Reilly fell into during the Season One finale has undeniably split her into two distinct halves. This nicely explains why O’Reilly has suddenly found herself incapable of performing at the firing range, while Mayhem seems to be exclusively dominated by rage and violence, completely owning every iota of O’Reilly’s repressed aggression as a detective.

It’s also interesting to see that Father Delgado, who has now left his job in the wake of Season One’s events, encountered Mayhem on several occasions, obviously being unaware that she’s a dark clone of O’Reilly. Descending into drink and becoming a bum on the street, Delgado’s gradual journey into ruin is compellingly tragic, though it did feel like it belonged in another episode. The heavy focus on Mayhem’s development meant that the Delgado material especially quickly became overshadowed, often having to be awkwardly tossed in to the storytelling while it jumps between past and present at random. The plotting still isn’t hugely difficult to follow here, but the disjointed story structure can still be very distracting, leading to the storyline not always flowing very effectively in this episode. 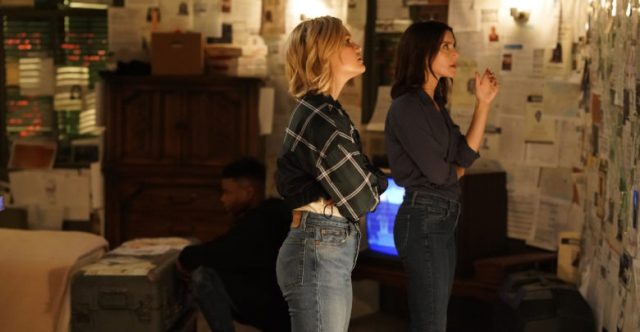 Some of the character writing is also a little suspect this week, with Tandy now being the weak link in this case, rather than Tyrone. For some reason, Tandy’s writing was all over the place in this episode, as she ranged from being needlessly aggressive to incredibly concerned, with seemingly no rhyme or reason. I do at least understand that someone needs to push O’Reilly forward, especially since she’s extra passive in her current state. Tandy sparking a debate between whether Mayhem is right to commit so much wanton violence upon criminals is also kind of interesting, though to an extent, it feels like Tyrone should be the Mayhem apologist, not Tandy. I suppose this is a result of Tandy walking through the neighbourhood with the missing girls, and getting to know one first-hand, but Tyrone defending a system that’s repeatedly failed him also doesn’t completely make sense. The debate itself is interesting though, and I hope it’s something that the current season of Cloak & Dagger keeps fleshing out in the coming weeks.

Eventually, there is a clear objective taken with the mission of the show’s heroes however, who decide to use Tyrone’s powers to teleport some of the captive girls away, while O’Reilly leads them to safety, resulting in a rescue without bloodshed. This is best realized in the climax, when Tandy temporarily blinds an entire compound’s worth of gangsters, while Tyrone teleports all of the captive girls out, dropping them with O’Reilly. This was a cool way to challenge Mayhem more aggressively saving another batch of girls earlier in the episode, leaving them terrified and without hope, though Mayhem nonetheless shows up at the compound anyway, and begins gunning down gangsters, despite all of the captive girls already being saved! This cements Mayhem’s true Punisher-esque agenda of wanting to punish the guilty, even after their operations have been taken down, but the real shock here is when Tyrone tries to save one of the unarmed gangsters, and absorbs Mayhem into his Darkforce in the process! Not only does Mayhem quickly find a disturbing vision of O’Reilly’s dead boyfriend upon first arriving in the Darkforce during the final seconds of the episode, but this also potentially puts her in the same Darkforce dimension as Connors, presenting a great tease for the following episode! 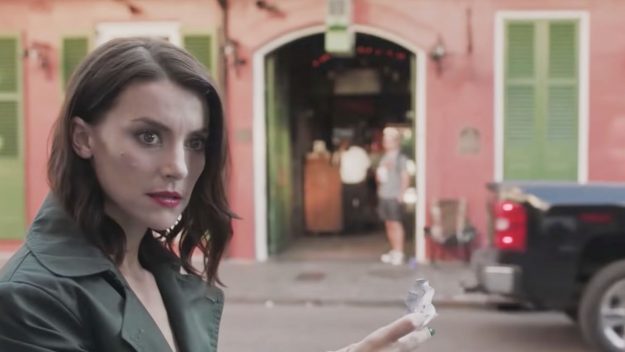 Mayhem inevitably steals the show in, “Shadow Selves”, providing the foundation for all of this episode’s most interesting and exciting developments. The separate investigation by Tandy, Tyrone and O’Reilly is also pretty good, particularly with its awesome subtle nod to Daredevil, whereupon O’Reilly discovers that Mayhem has mapped out a crime scene on playing cards, a trick that O’Reilly learned from Daredevil’s Daily Bulletin reporter, Ben Urich, who did the same thing during Daredevil’s first season! The storytelling of this episode is sometimes a little sloppy though, being both disjointed and occasionally a little contrived, especially when the heroes first corner Mayhem at a strip club, where Tandy and Tyrone are once again allowed to inexplicably wander a seedy public location in plain sight, despite being teenagers, and despite Tyrone being wanted by the NOPD. How is no one noticing Tyrone bumbling around?! Still, Mayhem being absorbed into the Darkforce dimension by Tyrone carries a lot of promise, especially since I imagine that Tandy and/or O’Reilly may soon follow her, since there’s no way that Cloak & Dagger will remove its main Season Two antagonist in the season’s third episode! One thing’s for sure though; Connors’ very bad time is about to get worse, now that Mayhem can officially reach him!

Cloak & Dagger 2.3: "Shadow Selves" Review
The origin story of Mayhem properly unfolds in, "Shadow Selves", which nicely fleshes out the dichotomy between O'Reilly and her doppelganger, despite some awkward storytelling.
THE GOOD STUFF
THE NOT-SO-GOOD STUFF
2019-05-01
82%Overall Score
Reader Rating: (0 Votes)
0%