Legends of Tomorrow misfired with an otherwise promising hook during its previous episode, but fortunately, “The Eggplant, The Witch & The Wardrobe” managed to course correct reasonably well, without completely removing emphasis on the show’s romantic arcs. To that end, Sara ends up taking point with a key storyline in this episode, when the Legends track a missing Ava to a motel room, only to discover that she’s been forced into Purgatory by Neron. At the same time, Charlie, Constantine and Nora manage to capture and confine Neron on the Waverider, though this only ends up leading to bigger problems.

“The Eggplant, The Witch & The Wardrobe” marks a rare Legends of Tomorrow episode wherein the titular team doesn’t actually travel anywhere in time. This is usually the case when the show needs to take stock of certain character arcs and relationships, and sure enough, the broken relationship between Sara and Ava becomes a big focus in this episode. At the same time, Mona, Charlie and Mick end up killing time with Zari, who is struggling to communicate her feelings toward Nate, while Ray continues pining over Nora, as usual, choosing to distract himself through a subplot with Nate. The weird Zari romance with Nate continues to feel like it’s coming out of nowhere, and the head-scratching issue with Zari trying to find the right emoji’s to send to Nate via text just feels like a transparent excuse to bench non-essential characters in this week’s storyline, after Neron is captured, and the plot properly gets going.

Fortunately, the hook with Sara and Ava in this episode is quite good, as Sara forces Constantine to send her into Purgatory, so that she can try and bring Ava back to the world of the living. With limited time, and a series of mind-bending journeys through Ava’s sub-conscious, which manifests as a houseware store, Sara has to try and conquer Ava’s lingering feelings for her, as well as her insecurities about building a life with her former girlfriend. The houseware-themed Purgatory is very well-suited to the comedic stylings of Legends of Tomorrow, and it only gets better when Gary starts appearing in Ava’s sub-conscious, while the real Gary hangs out nearby, trying to take care of Ava while Sara tries to reclaim her. It’s just the right kind of nuts, while also serving a relationship in the show’s storyline that actually does make sense and isn’t forced.

The obstacles that Sara and Ava face together are both smart and relatable, with Sara being tested just as much as Ava in the end. The two face creative challenges such as mattresses that manifest as long-term commitment, never-ending piles of chores that test their patience, and eventually, Sara becoming trapped in a warehouse full of doll-like Ava’s with differing personalities. As much as the latest break-up between Sara and Ava feels pointless and unnecessary, it was cool to see the two women overcome their insecurities and anxieties when it comes to having a future together. It was also quite satisfying to see Sara return Ava to life successfully after finally accepting that neither of them are completely in control of their relationship or their future, but they should do their best to accept each other and be there for each other regardless. It’s a mature and gratifying turn that sees Sara’s and Ava’s relationship renewed, hopefully for good this time. 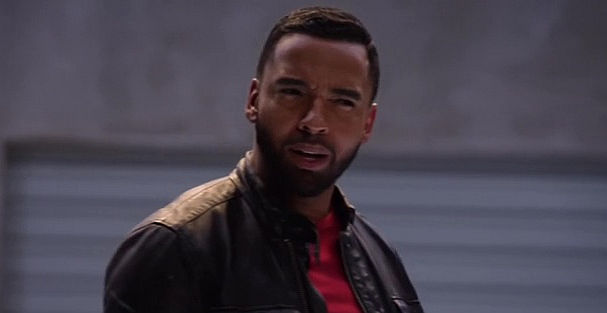 Nate’s subplot with Ray also manages to be pretty strong for the most part, as Nate bears witness to the construction project for Hank’s theme park, which is already well in motion. After seeing the result of Hank trying to bring his dream to life, at the cost of embezzling money from the Time Bureau, Nate decides to order the theme park be torn down, lamenting with Ray about the unacceptable compromises that his father made. Nate continuing to confront his father’s legacy keeps providing good story material, and having Ray there as a supportive voice also worked well, finding an inspired use for the bromance between these two characters. On the flip side however, Nate’s short-lived confrontation with Neron doesn’t end up being all that eventful, simply causing Nate to punch Ray while under Neron’s control, and not much else. Nate confronting Neron should be a big moment, so I have no idea why the show saw fit to rush through said confrontation, leaving Nora and Constantine to instead entirely manage the Neron storyline in this episode.

Fortunately, the tension with Nora was also pretty well done in this episode, as the team must rely on Nora to deduce Neron’s location in the first place, using Nora’s demonic connection from her time being possessed by Mallus. After Nora helps apprehend Neron, Constantine distrusts her intentions, despite Nora being the Legends’ best chance of figuring out a way to stop Neron for good. Things then appear to come to a head with Nora when she scrambles the Legends’ surveillance, and moves to confront Neron herself, before Neron tempts Nora by promising that he can resurrect her dead father. It briefly appears that Nora has turned again, but of course, it’s a trick, leading to Nora working with Constantine to pull Neron out of Desmond, and seemingly destroy him. Nora is rendered comatose in the process however, with Constantine vowing not to abandon her again, as Desmond seemingly rejects Constantine once again, and walks out of his life. Constantine finally getting the opportunity to save Desmond is bittersweet, particularly since a real happy ending continues to elude Constantine’s character, even if he was at least able to set right Desmond being formerly and undeservedly banished to Hell. 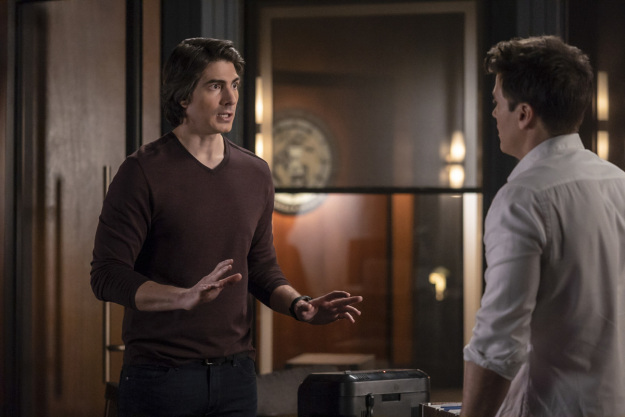 It’s good to see Legends of Tomorrow back on track again, after an uncharacteristic misfire during its previous episode. “The Eggplant, The Witch & The Wardrobe” offered a busy, but mostly satisfying examination of the lead characters’ relationships, whether it was Nate’s continued coping with the loss of his father, or the various romantic connections that the Legends have formed. The strained relationship between Sara and Ava finding a creative way to come back together is easily the highlight of the episode, and on the other end of the spectrum, the weird, adolescent infatuation that Zari still harbours for Nate is continuing to be a weak link in the storytelling. At least we got a well-deserved break from Mona’s romantic bellyaching over Konane though, despite Mona continuing to be an irritating romantic head case with Zari here. It seems like even Neron has a better half on the way to boot, with whispers of a mysterious, “Tabitha” threatening to intrude on Ava’s mind, a threat that I’m sure is far from non-existent, now that Neron appears to have taken up residence within Ray!

Legends of Tomorrow 4.12: "The Eggplant, The Witch & The Wardrobe" Review
Legends of Tomorrow rebounds with an emotionally-charged, relationship-focused episode in, "The Eggplant, The Witch & The Wardrobe", as Sara must rescue Ava from Purgatory.
THE GOOD STUFF
THE NOT-SO-GOOD STUFF
2019-05-05
83%Overall Score
Reader Rating: (0 Votes)
0%