Legends of Tomorrow may have ended its previous episode with the team believing that they’ve defeated their latest nemesis, but Neron is still alive and well, having now taken refuge in Ray’s body. “Egg MacGuffin” thus begins to more openly set the stage for the season’s climax, as Ray begins to struggle with the growing influence of Neron, but finds himself unable to alert his allies about his possession. Despite this however, a series of light-hearted character arcs allows the leads to enjoy themselves before the battle with Neron heats up again, which fortunately also represents one of the better explorations of character romance in this episode, something that Legends of Tomorrow has become weirdly obsessed with lately.

Since the show’s love stories are less tedious in this case, “Egg MacGuffin” ends up feeling like an especially great Legends of Tomorrow episode, one that’s packed with adorable and charming shenanigans for the show’s various lead personalities. Hell, even Ray manages quite a lot of light-hearted, eccentric mischief, as he desperately tries to hold back Neron, who is attempting to kill someone that Ray loves, in order to solidify his control over Ray. This includes Ray having to resist smothering the comatose Nora with a pillow, and beating on Nate several times, all the while without anyone cluing in as to why Ray is acting so strangely. It’s a little bit funny, and does have a legitimately great payoff later, but I’ll get to that. 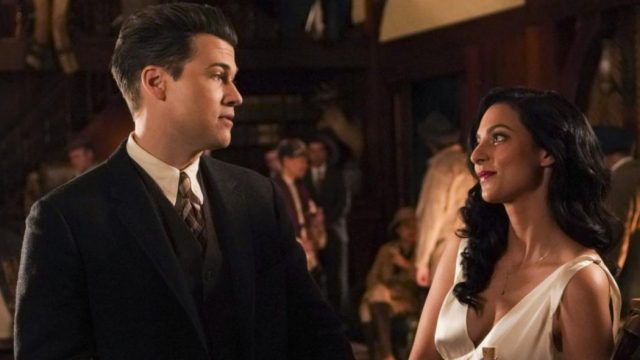 The best thing I can say about this episode is that it finally helped the Nate/Zari romance start feeling more lovable, and start making a bit more sense. There’s a pretty clever hook here too, as Sara decides to send Nate and Zari on what she believes will be an easy cleanup mission together, as a means of covertly setting them up on a date. This results in a surprisingly fun series of Indiana Jones homages, as Nate and Zari must seek out a mysterious golden egg that was unearthed by a member of the Adventurers Society in 1933, something that, fittingly enough, also attracts the attention of Nazi’s. As funny as it is for Nate and Zari to catch on to the matchmaker effort and believe the mission is fake at first though, this joke quickly stops working, once it relies on two of the Legends’ smartest characters suddenly acting like total nitwits. What the hell could have possibly made them believe that Sara put together an entire acting troupe of fake Nazi’s for the sake of their teeny-bopper-esque crushes?!

Romance remained in the air with the subplots as well, as Sara struggles with having to try and read a trashy mystery novel, in order to properly participate in Ava’s and Mona’s book club. Things keep distracting Sara however, who humourously keeps procrastinating on reading the book, only to later find a key solution from it, once she and Ava inevitably have to bail Nate and Zari out from their own stupidity. I wish that this storyline had gotten a bit more screentime, but Sara learning that Ava doesn’t actually read the books in her book club, and prefers to simply turn her brain off while letting Mona gab on about them, was a fairly smart resolution that nicely played off of Sara’s and Ava’s recent reconciliation in Purgatory. It was a little thing, but it’s nice to see the show continuing to find new ways to bring Sara and Ava together, even after seemingly solidifying their relationship for good this time, or so I hope. 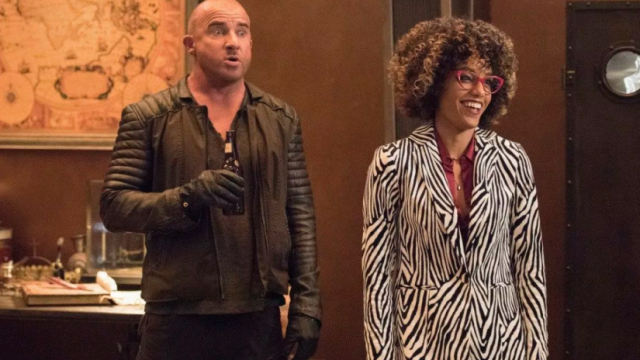 Arguably the highlight subplot however belonged to Mick and Charlie. Charlie ends up discovering that Mick has received an invitation for Rebecca Silver to make her first public appearance at ‘Romanti-Con 2019’ (no, I have no idea how this ended up making its way to the Waverider), and since there’s a $20,000 reward for the appearance, Charlie volunteers to pose as Rebecca, so that Mick doesn’t have to out his identity as a beloved romance novelist. This was not only a funny and genuinely logical team-up effort for Mick and Charlie, two characters who haven’t spent much quality time together this season, but it also led to a surprisingly great payoff from Mona, after she inevitably crashes the con, and calls Charlie a fraud. This forces Mick to come out and reveal his identity as Rebecca Silver to the convention, resulting in applause and celebration, despite Mick definitely not being what anyone expected. This was not only a sweet way for Mick to complete embracing his love of writing romance novels, but also led to a reward that felt true to his character, namely a fat cash payout. I wonder if he’ll still have to split that with Charlie?

The real highlight payoff was yet to come too, once Nate returns to the Waverider after successfully claiming the mysterious egg that he was sent to grab with Zari. After Nate finally figures out that Ray has been possessed by Neron, he’s nearly killed after refusing to stop believing in Ray’s strength, which leads to Ray voluntarily submitting to Neron’s influence, in order to save Nate’s life. Not only was this a surprisingly dramatic turn that came from the ongoing Ray/Nate bromance that Legends of Tomorrow has kept up for some time now, but it also led to another big shock, as Gary’s failed effort to save Ray leads to Neron tempting Gary with his severed nipple, as well as a means to get back at the heroes, who have mistreated him since his introduction last season. Again, this was a surprisingly dramatic payoff for a character that has constantly served as the butt of jokes, but it’s one that makes a chilling amount of sense, seemingly bringing Gary to the brink of darkness in a way that feels so painfully logical. Does this mean that Gary will end up becoming an eventual vessel for Neron before the season finale? Something tells me that this is definitely something to worry about for the Legends, even if they do manage to eventually get Ray back. 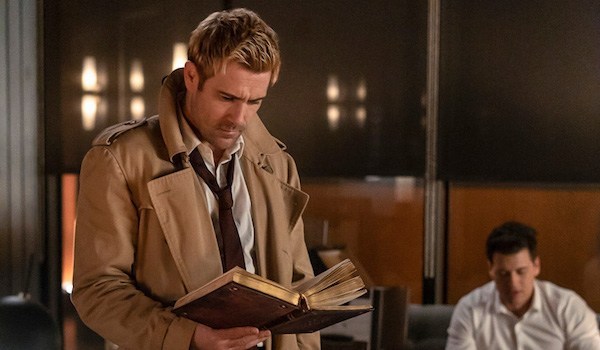 Fortunately, with the episode ending on the reveal that the mysterious egg is a dragon egg, the Legends may end up having a means of stopping Neron, if he’s allowed to realize the full scope of his power. After all, I’m not sure why else the show would suddenly plunk a baby dragon on the Waverider. Regardless, “Egg MacGuffin” was filled with awesome story payoffs, between Gary joining Neron, Neron whisking Ray away from the team, Nate and Zari finally getting together in a smart way, Mick revealing his identity as Rebecca Silver to the world, and Nora even being officially welcomed into the Time Bureau by Ava, after Constantine finally rouses her from her coma! Nate and Zari sharing a prolonged brain fart before the full embracing of their romance feels a little harder to swallow, even by the standards of Legends of Tomorrow, but at least their budding romance finally stopped feeling tedious and uninteresting. I still think that Legends of Tomorrow is overdoing its romantic arcs throughout Season Four’s back half, but as long as they’re improving and serving the overall storyline, I guess I can’t complain too much. It looks like the time for romance is finally done anyway, now that Neron has successfully stolen both Ray and Gary, no doubt necessitating the full attention of both the Legends and the Time Bureau to get them back!