Although he’s best known for his spooky stories and iconic horror novels, those aren’t the only types of fiction that Stephen King has written. In fact, as fans of the venerable author will know well, he’s responsible for quite a few tales that fall out of his typical realm. Examples include 11/22/63, which is a story about a man who goes back in time in an attempt to prevent JFK’s assassination, crime novel Joyland and its predecessor, The Colorado Kid.

It’s the latter of these works that we will be talking about in this review, as Titan Books (and their Hard Case Crime imprint) have just re-released it as The Colorado Kid: Illustrated Edition.

Like every author, Stephen King has books and short stories that haven’t resonated, or clicked with, people as much as others. While books like IT, The Shining, Carrie and Misery are basically iconic, works like Dreamcatcher and The Colorado Kid were met with mixed reviews. When I researched The Colorado Kid prior to reading it for the first time (just last year), I got the impression that it’s one of his most divisive efforts. The reason for this is its ending, which a lot of people weren’t happy with, because it either wasn’t satisfying enough or didn’t provide enough of an informative payload.

Due to the above, I went in without much in the way of expectations, and ended up enjoying the book. It will never be my favourite of Stephen King’s novels, short stories or essays, but The Colorado Kid is an interesting and well written read that doesn’t take too long to get through. It may not have the best or most fitting ending for its genre, but that doesn’t mean it’s bad. 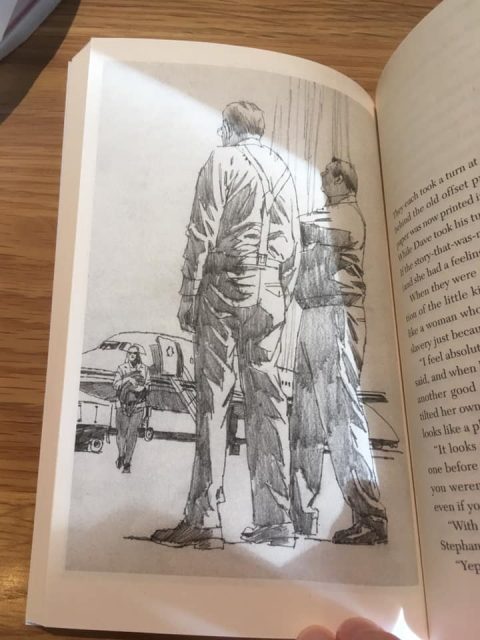 What is this thing about, exactly?

A mystery, which went on to inspire TV’s Haven, The Colorado Kid is a word-of-mouth account of a mysterious body that was found on a beach off the coast of Maine. Discovered by a couple of teenagers who were running near the water, the John Doe’s corpse created more mystery than it solved. For starters, it isn’t clear who he is or where he came from. Then, there’s the account of his death, which is hard to clarify due to a lack of great evidence.

This story is recounted by two older men, who happen to run the island’s independent newspaper, as they sit down to lunch and train a young woman who’s come to them for short-term employment. The two take turns telling the story, and suggest what they think might have happened in the process, as Stephanie McCann attempts to solve it herself. Of course, this is done in retrospect, given that twenty-five years have passed since the events occurred on April 24th, 1980. 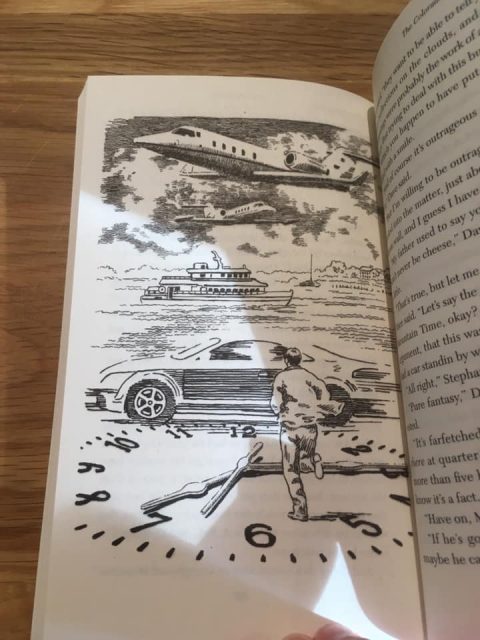 Presenting a true mystery, this is the type of tale that asks readers to bring their own thoughts, interpretations and conclusions to the table. In that same vein, it fosters discussion, making it something that is well worth sharing with family and friends in a book club type of setting. It won’t be for everyone, though, especially folks who like their mysteries clear cut and heavily explained.

When it was first released back in 2005, The Colorado Kid was issued in a small, paperback form under the Hard Case Crime imprint. Copies of the book were apparently limited, and have become somewhat rare and sought after since. I’ve been lucky enough to come across two yellowed and used copies, both of which were only a dollar, but they’re not exactly easy to find unless you search online. It’s also worth noting that the book was then reprinted as a collectible hardcover in 2007, albeit a limited one. Thus, this Illustrated Edition is the first widely available version of this story in some time.

As its name suggests, this iteration comes bearing drawings depicting certain scenes, characters and environments from the narrative. The art is done in black and white, and is comprised of relatively detailed, but somewhat retro line drawings. They’re spread throughout the trade paperback, and are nice to look at, while adding to the story they sit beside. 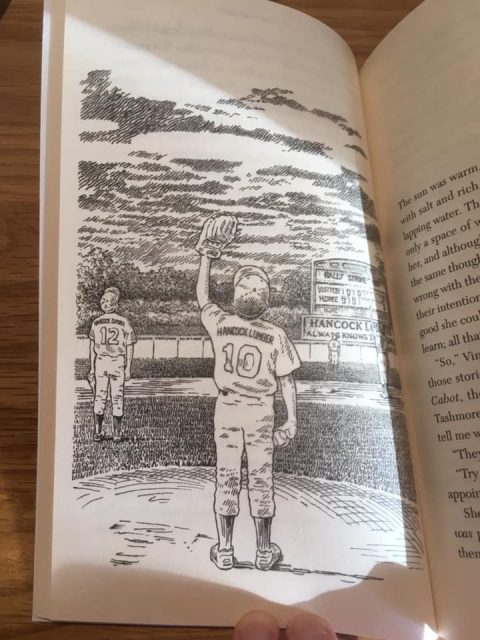 Those who plan to buy this version of the book should do so for the story first and the illustrations second. That isn’t to say that they’re not good drawings, or that they aren’t appreciated by myself or others. It’s just that this isn’t an exquisite, colourfully realized book of artwork. Not that I expected that going in. It’s just that some illustrated editions are quite fancy. This is a nice paperback with quality drawings adorning some of its pages, but it’s a mass marketed item as opposed to a collector’s edition.

In my opinion, The Colorado Kid: Illustrated Edition is a good buy for any Stephen King fan, especially those who like to collect his books. For starters, this story is well worth reading and could be considered a must read for anyone who plans to read all of King’s works. Going further, this is the nicest edition of the book that you can currently buy, because it’s an upgrade over the previous paperback, which is somewhat rare. We’ll keep the limited edition and more expensive hardcover out of the discussion, because that’s a collector’s item you’d have to search for.