Cloak & Dagger is gearing up for its second season’s big climax, and that means a big focus on Andre and his grand plans for New Orleans, which are now moving well beyond a human trafficking operation. “Blue Note” goes more extensively into Andre’s origin story, and how he came into possession of his powers, while also continuing to showcase his evolution into a full-fledged villain in the present. All the while, Tandy and Tyrone keep trying to close in on Andre, with help from Mayhem, who is cranking up O’Reilly’s aggression and drive to bring down Andre by any means necessary.

The storytelling momentum is continuing to build to an awesome crescendo at this point, with, “Blue Note” once again returning Cloak & Dagger to top form, after some of the shakier storytelling that occasionally cropped up over the past couple of episodes. The peeks into Andre’s backstory, particularly his obsession with joining the jazz musician gods by mastering the, “Blue note”, a supposedly rapturous spiritual melody that the greatest jazz musicians in history all mastered, cement the rest of his motivations, while also showing his tragic fall, after his migraines begin eight years ago. We even see Andre’s suicide attempt play out, though he doesn’t fully go through with it, since the rig explosion leads to him slipping and falling into the Darkforce-infected water. This leads to Andre meeting Lia after waking up in the hospital, who was his nurse after he attempted to kill himself, and also the first person that he inadvertently uses his powers on, explaining how the two ended up working together on their current operation. 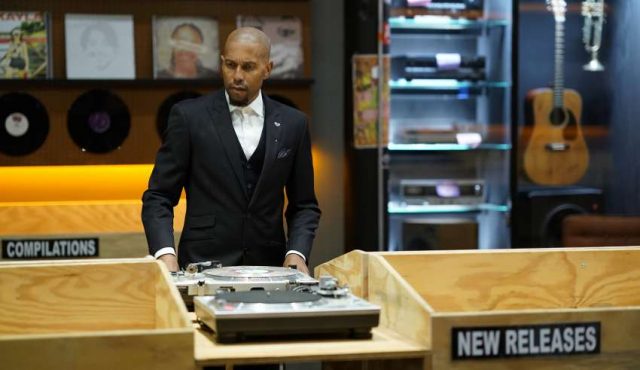 The revelation that Andre’s entire support group, along with Lia’s career change, was motivated entirely by Andre exploiting his powers, isn’t entirely unexpected, but it does paint a better picture of Lia being a complex victim, rather than a simple perpetrator. This debate also nicely comes into play when Tandy and Mayhem originally discover Lia’s unconscious body on the road, and manage to prevent it from being taken away in an ambulance. After bringing Lia to the church, Tandy tries to enter her mind for intel, but finds that nothing is there anymore, since Andre has drained Lia entirely of her spirit. This diminishes Tandy’s resolve to kill Lia for what she’s done, to the point where she even fights off Mayhem, after Mayhem attempts to execute Lia herself. Mayhem’s ominous warning that everything Lia does is now on Tandy seems like some pretty nice foreshadowing too, since Tandy really is rolling the dice on who exactly Lia is, after insisting that she not be punished due to events beyond her control.

If there is a bright side to probing what’s left of Lia’s mind however, it’s the fact that Tandy and Tyrone are able to dig through Lia’s memories, in order to discover Andre’s leftover influence, and what he plans to do with New Orleans. Tandy manages to get some sheet music from Lia’s teenage self in the past, which will likely be key to battling Andre later, but Andre’s manifestation in Lia’s mind nonetheless declares that he plans to achieve true godhood by finally performing the ‘Blue Note’ for a captive audience. With Lia catatonic and perpetually humming, Tandy and Tyrone figure out that this is all too literal, necessitating Tyrone meeting up with Solomon (which Marvel fans will get a kick out of, since Tyrone finds Solomon reading about none other than Harlem’s hero, Luke Cage!), to try and petition a meeting with the Uptown Block Kings, the best way to gather intel on the streets of New Orleans. 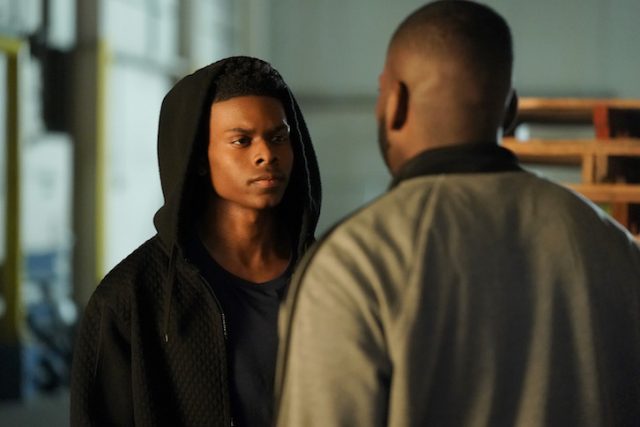 Tyrone facing down the gang that wants him dead in order to get the final location on Andre is a pretty big moment, particularly when Tyrone really gets to unleash the full depth of his powers, taking out several gang members in order to get to the Kings’ main lieutenants, whom he transports to the top of the Roxxon building. After threatening that the Kings can no longer traffic drugs through forces that would manipulate innocent people, intimidating both lieutenants extensively in the process, Tyrone learns that Andre is likely heading to his old club, Club Delight, and thus, he and Tandy rush over there. Inevitably, it’s not quite so simple however, since the real Club Delight actually burned down eight years ago, leading to the current Club Delight simply being an homage to the original. Still, this may as well have not been the case, since Tandy and Tyrone nonetheless find Andre before long, at the original Club Delight’s former location.

It’s really exciting to see Tandy and Tyrone finally corner Andre on his own turf, ready to execute his plot to drain the hope from everyone in New Orleans, in order to ensure that he has the power to perform the Blue Note, even if that means rendering every citizen in the city catatonic in the process! Disappointingly though, this comes at the cost of several plot elements in recent episodes ultimately feeling like they barely ended up mattering at this point. Melissa’s relapse into drugs may as well have not happened, since she just ended up being one of Andre’s victims regardless. Likewise, Adina’s murder of Connors isn’t truly addressed, despite Tyrone calling her, and clearly being suspicious that something is up. I get that there’s only one episode left in the season, and the focus clearly has to be on stopping Andre, but Cloak & Dagger still has yet to be officially renewed for Season Three, so it seems like a bit of a gamble to set up these story elements and not expand on them, even with the Marvel license on this show’s side. 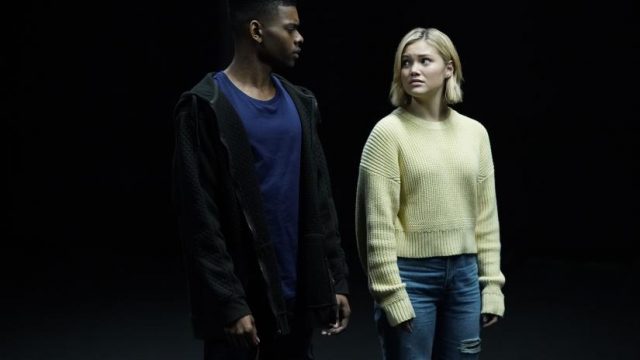 Still, “Blue Note” is nonetheless a superb episode of Cloak & Dagger in pretty much every respect, nicely setting the stage for the climactic confrontation with Andre, as he successfully whisks away himself and his captives, before Tandy and Tyrone can stop him. At the same time, Tandy insisting on sparing Lia could make or break the heroes’ chances of successfully saving New Orleans for the second time, or possibly create another big threat in the future, with Mayhem correctly pointing out that Tandy could very well be wrong about the person that Lia truly is. It feels like Adina’s big decision to murder Connors, and her efforts to pass the all-important evidence for Tyrone to Father Delgado, are most notably being glossed over at this point, but maybe we’ll get a turn related to that in the season finale to come. It would definitely be interesting if Tyrone got exonerated, only to lose his mother to her crime, but we’ll have to see how all of this pans out, once Andre is finally stopped. Now that Andre appears to have fully gone through his spiritual door to godhood however, Tandy and Tyrone have their work cut out for them. At this point, D’Spayre has officially become everyone’s problem!