iZombie may have lightened things up a bit with its previous case, but now that some accessible comfort food has been enjoyed, the show is once again cranking up the drama dial. “dot zom” presents another familiar case-of-the-week format, only this time dealing with a whodunit that could present major complications for rising tensions between humans and zombies. Meanwhile, Ravi and Peyton try to deal with the problem in their own way, by working with their hired comedy troupe to perfect the political correctness of their human/zombie interaction sketches.

The good news with the heavier case-of-the-week here is that it’s a little more tight and exciting than the previous episode’s murder mystery, hitting the ground running after a rich tech mogul is killed by poisoned mushroom spores, right as he began to calculate an impending apocalypse scenario. Liv and Babineaux naturally investigate, with Liv eating the mogul’s brain, which turns her into an introspective, philosophizing genius-type that’s constantly over-analyzing situations. This provides an exceptional balance between a brain useful to the case, and one that’s merely funny to watch unfold, as Liv begins humourously interrogating suspects with roundabout questions and wild theories, much to Babineaux’s typical annoyance. 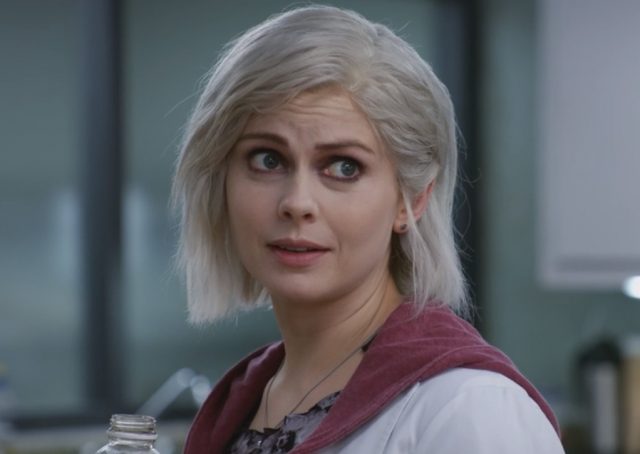 Eventually though, the case gives way to very real consequences for humans and zombies, as the combination of investigating and Liv’s visions eventually reveal that the murdered tech mogul was in bed with a major fixture-peddling personality that has a severe hatred of zombies. After initially failing to find evidence on the man, only to later find it conveniently planted for them, Liv has another vision that confirms the tech mogul’s zombie ex-girlfriend as the true murder culprit, one who also framed the zombie bigot for her actions. The revelation that the bigot and the mogul were collaborating on a way to positively identify, and subsequently eradicate, every zombie in New Seattle made for a pretty heavy consequence to the solve, especially when it was hard to demonize the culprit, when she was simply looking out for the lives of every zombie in New Seattle. This is effectively challenging, and makes for a murder that carries real weight for the characters, as the Seattle PD have to make a controversial arrest, despite the fact that it may end up endangering the lives of every undead citizen in the city.

Meanwhile, tensions continue to mount among the other characters as well. Liv’s Renegade operation at least gets another short-term win, after a zombie teacher is fired by the same school where Jordan’s orphaned brothers came from (how exactly has this principal not been fired for so openly breaking the law, twice?!), creating a better educational system for the children that Liv is currently sheltering. After the teacher inevitably breaks security protocol by blabbing to his boyfriend about his new gig however, he ends up kidnapped and forcibly conscripted into a mysterious zombie supremacist group. Liv now having a mole, particularly a new hire, is effectively dramatic and exciting, but I really wish that the guy didn’t have to immediately blab his job out loud at a crowded club so that he could be conveniently captured. This is contrived either way, but depending on how you look at it, either this guy is a moron who is clearly asking for trouble, or Liv is careless, and isn’t vetting her Renegade associates in nearly enough detail.

Fortunately, Blaine gets a better subplot in this episode, finally returning after his absence in the previous episode. In this case, Blaine is interviewed by Al Bronson, an attractive journalist that Blaine quickly takes a liking to. After initially appearing to impress Al with his classy way of handling prying Dead Ender eyes, and managing the brain supply coming through New Seattle, Al starts inevitably finding that something is shady about Blaine’s past. Despite being aware of Blaine’s light criminal history, Al snoops around some more, and eventually discovers legitimate evidence of Blaine’s penchant for murder. This nicely appears to foreshadow Blaine’s downfall for the coming conclusion of the show, but also presents just enough wiggle room for more surprises, since Blaine and Al do appear to have some degree of romantic chemistry. Is it all just smoke and mirrors, or has Blaine truly found a love connection, right when he seems biggest and most poised to fall? Either way, I’m very interested to find out!

This just leaves the subplot with the comedy troupe, which is alright, but it’s definitely got the aftertaste of a filler storyline. After Peyton and Ravi inevitably have to interject with the politically insensitive zombie material, Peyton decides to make one of the other actors the new head writer, prompting the original head writer to quit… And then come back a few scenes later as if nothing happened. The foundation of this subplot is interesting, but the execution sadly feels like a complete waste, as the entire subplot ends up being rendered pointless, with no real worthwhile conflict for any of the characters involved. I’m still interested to see how the human/zombie comedy sketches keep developing, but for now, they’re not fitting very smoothly with the rest of the season’s storytelling, and that’s an issue that hopefully gets resolved soon. 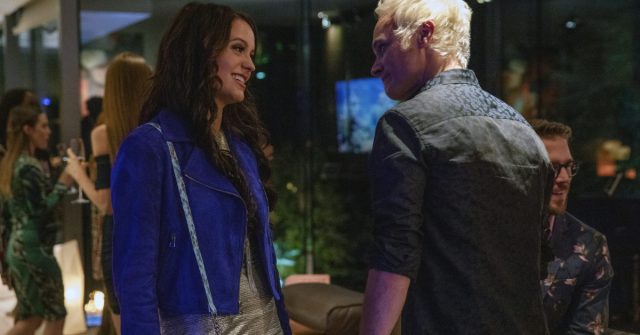 Even considering some of its storytelling hiccups however, “dot zom” presents another very good episode of iZombie, one that provides a strong balance between delivering a fun and satisfying case-of-the-week, while also pairing that with the larger human/zombie relations battle that’s brewing in the background. Liv and Blaine both having treacherous allies in their midst presents a ton of promise, as does a zombie supremacist group making themselves known in the shadows of New Seattle, setting up a worthy opponent for the increasing influence of the Dead Enders. The human/zombie comedy sketches aren’t currently keeping pace with the rest of the storytelling though, even if that’s mostly because the rest of the drama and intrigue works especially well in this episode. Still, it’s good to see iZombie striking the necessary balance between furthering the coming final battle against humans and zombies, while also keeping the show’s core procedural format plenty strong as well. It really seemed like zombies were on the losing end of that coming war for a while, but perhaps the mobilization of undead radical groups might actually give the Dead Enders, and other anti-zombie bigots, a chance to truly be scared for a change.

iZombie 5.4: "dot zom" Review
iZombie strikes a strong balance between a fun, well-executed case-of-the-week and the continued degrading of human/zombie relations in, "dot zom", even if some of the subplots end up lagging.
THE GOOD STUFF
THE NOT-SO-GOOD STUFF
2019-07-17
84%Overall Score
Reader Rating: (0 Votes)
0%